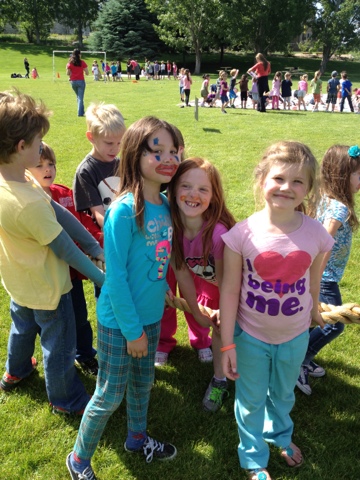 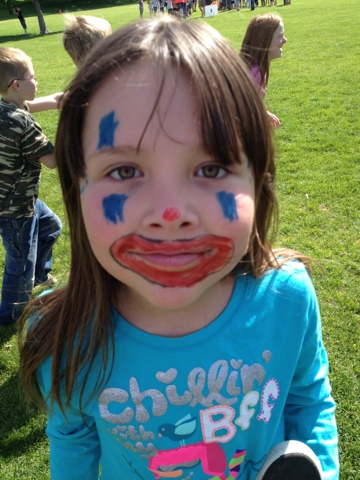 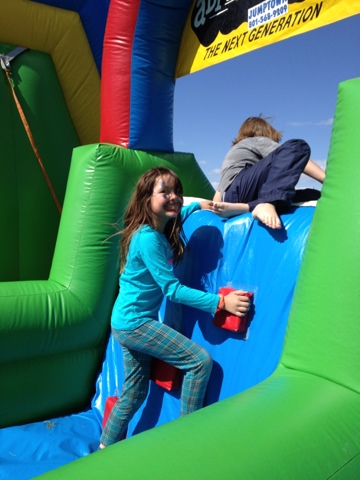 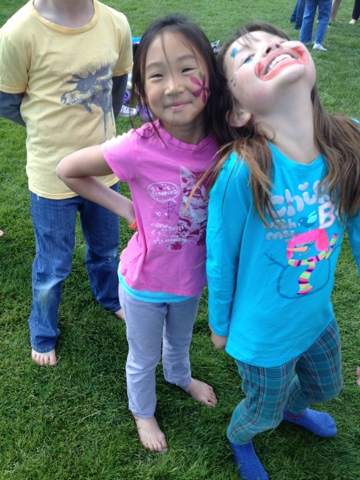 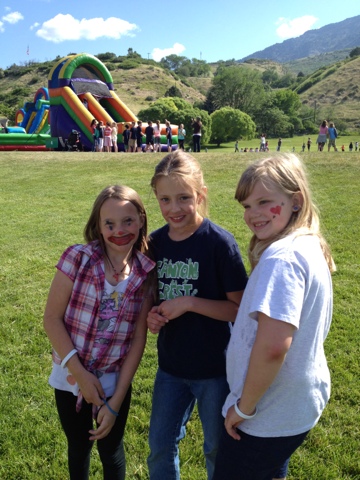 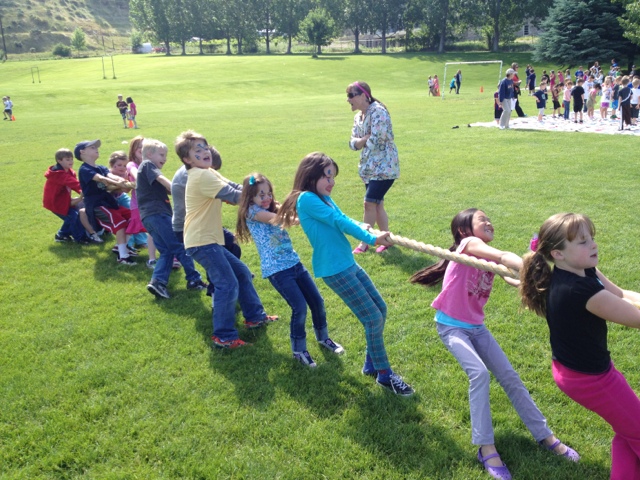 Posted by Megan Raines at 7:01 PM No comments:

While I was juggling, the house became, in mild terms, disorderly. Every mislaid object was like a wild beast roaring its terrible roar. I had to yell "Stop!" at the beasts, my children, and everything else, even the blog.

I started at the garage door and worked inward. I call that my systematic ADHD compensation. I rented a u-haul to take loads to the dump and to my storage unit. The garage of my dreams emerged out of the chaos, a little club house of sorts, with lots of room for bikes, so they would no longer get shoved into my garden.

With that taken care of, I proceeded onto the garden, which was terribly neglected, since I had no access to it, due to all the bikes. So I swept and weeded, and developed a relatively healthy addiction to buying petunias, with their multifarious shades of purple and blue.

And concurrently, I moved into the basement, my site of maternal shame,
the perfect example of nothing in its place, and Kyle's bed under it all. No telling what effect that was having on his mental health. As of now I have six black bags, the gardening size, ready for the dump and six black bags for give away, and I am almost ready to vacuum.

I have kept the main floor clean and functional but after the basement I will move up to my biggest challenge, the pile of laundry so large and so long treaded upon, that it now resembles a uniquely textured wall to wall carpet. The challenge lies in it's ability to reproduce.

All this to explain why I will be doing a lot of catching up in the next week or so.

Here is a picture that has nothing to do with my dysfunction. Sam has been asking for a deep fat fryer for years. I have resisted, fearing I would love it too much. This year I gave in. This was his first creation, and if you ask me, it rivals Paula Dean. 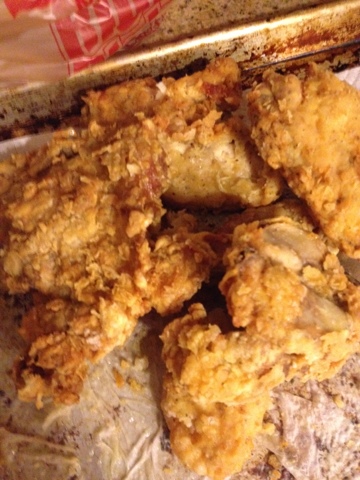 Posted by Megan Raines at 10:51 PM No comments: