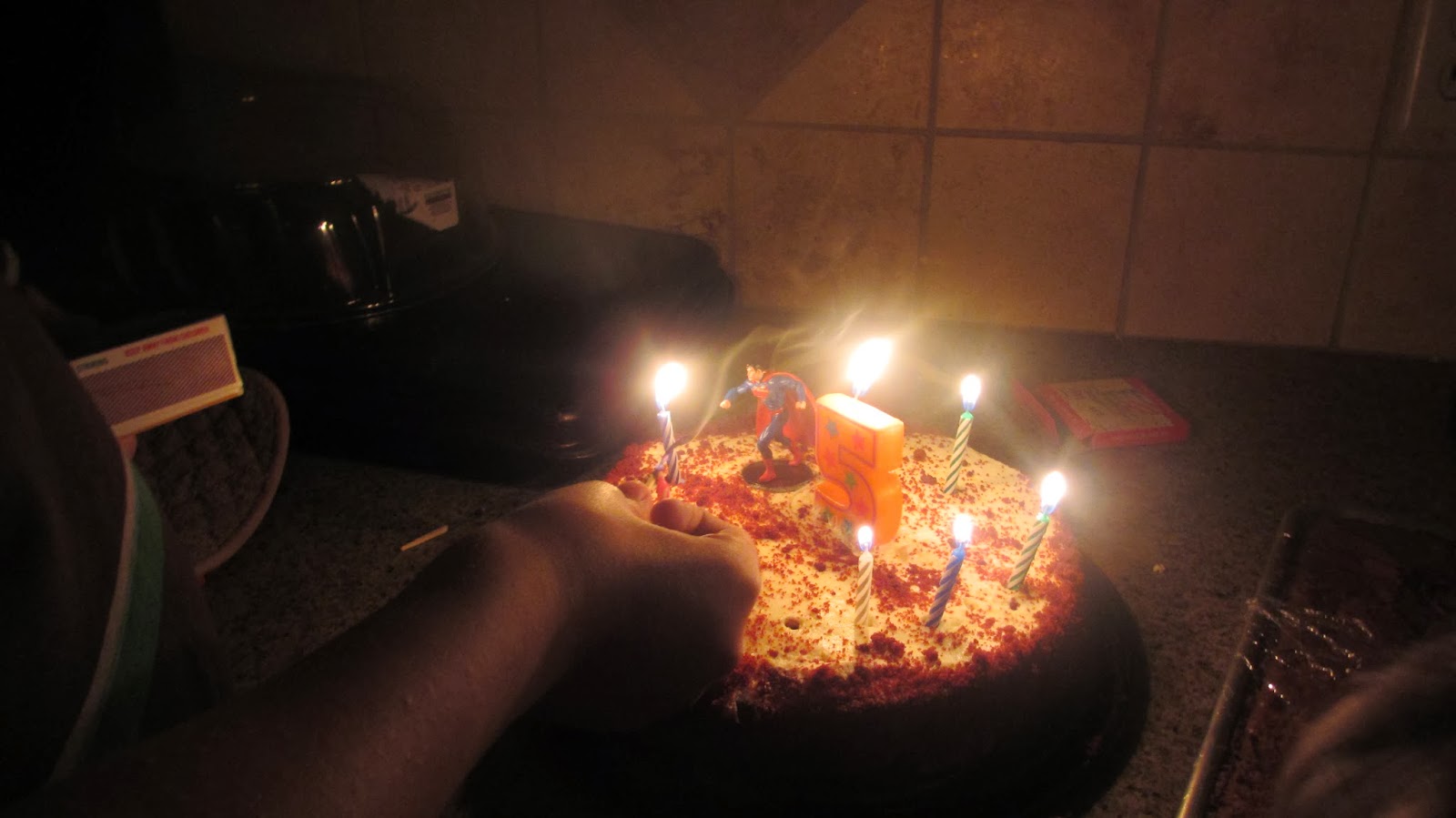 The first week of December our birthday arrived with the first big snowfall of the season. 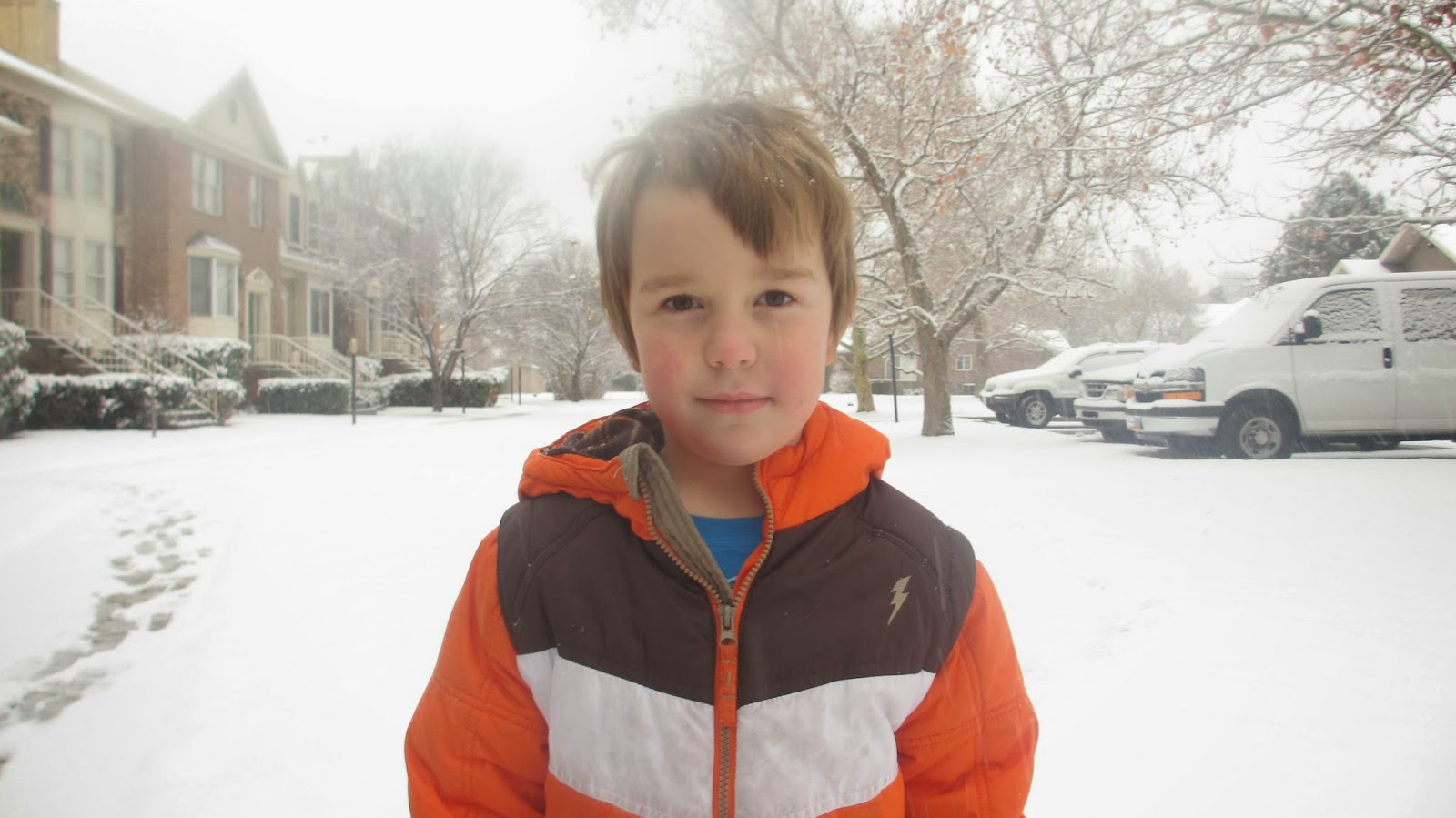 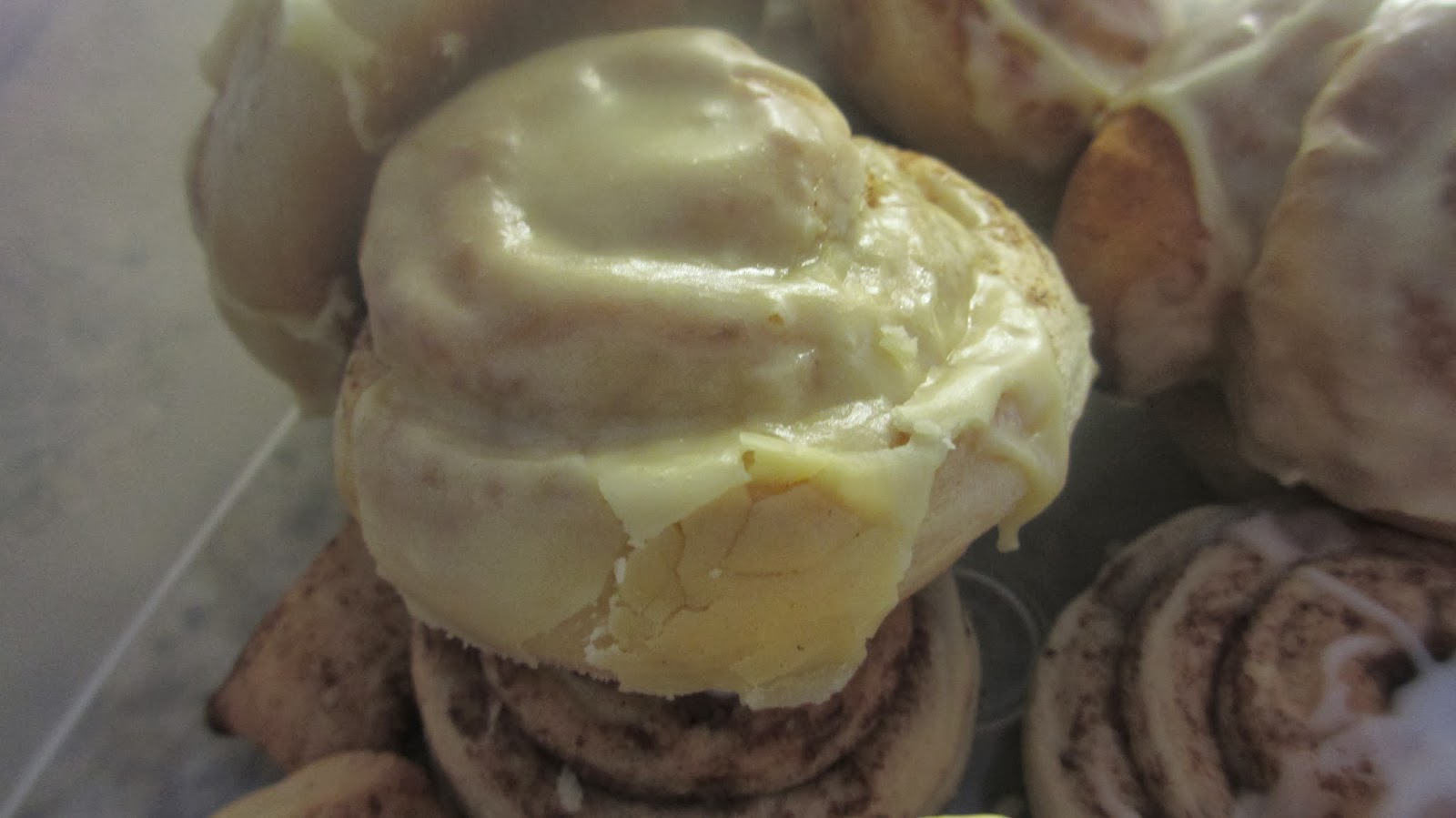 The snow was on William's wish list, and the orange rolls and cinnamon rolls for breakfast were on mine.  I felt like I spent the day driving through the snow. Not to complain, what better thing to do on your birthday than face your fears.  Grandma treated us to lunch at Carl's Jr.  When Kyle and Mary came home, they took William out to the park for sledding. I still had a lot of dropping off and picking up from dance to do in the evening and went out in search of the pinata that I had promised William. 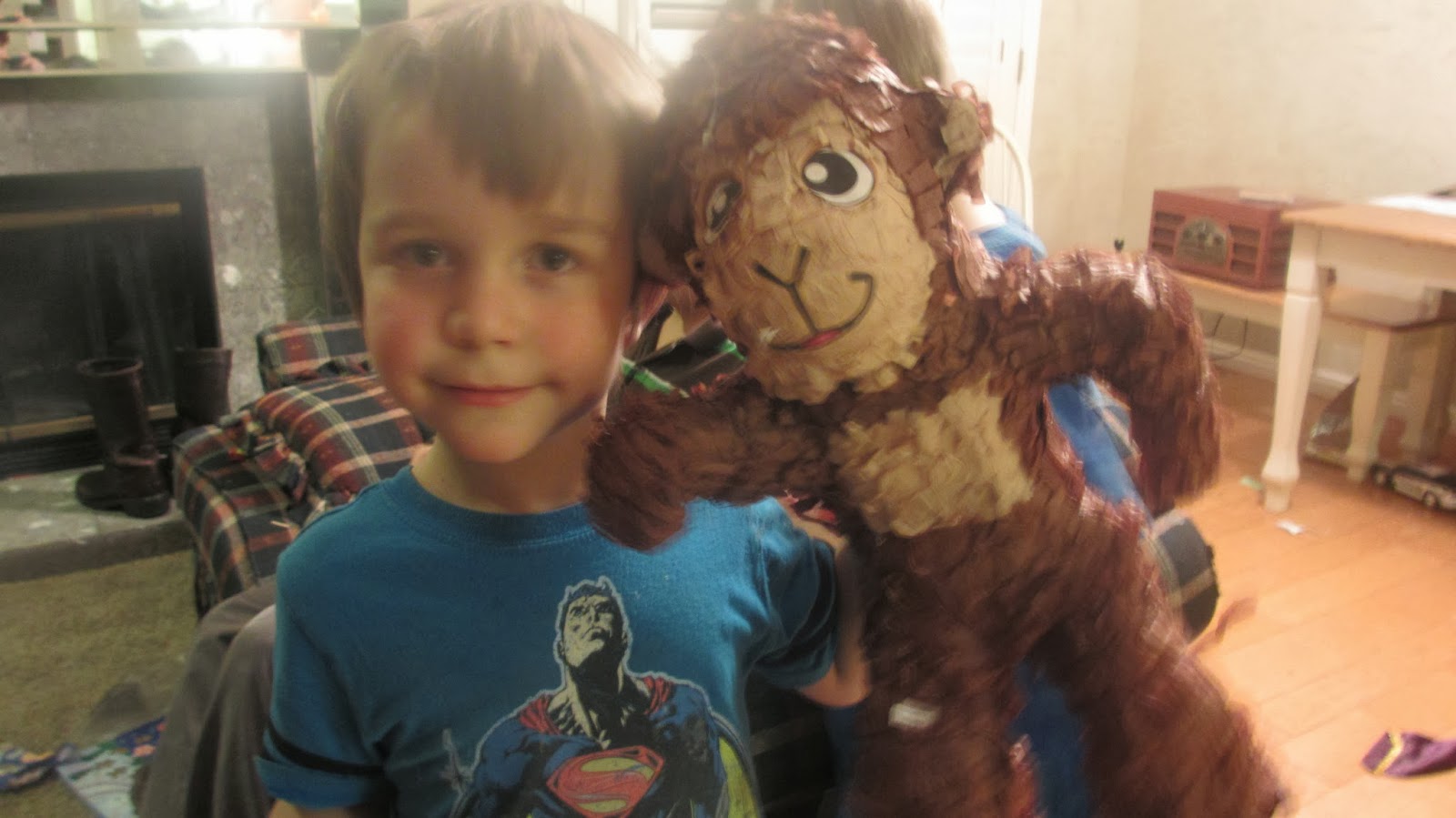 Success! He loved it so much, the monkey received a pardon, and still sits atop of the television cabinet today. 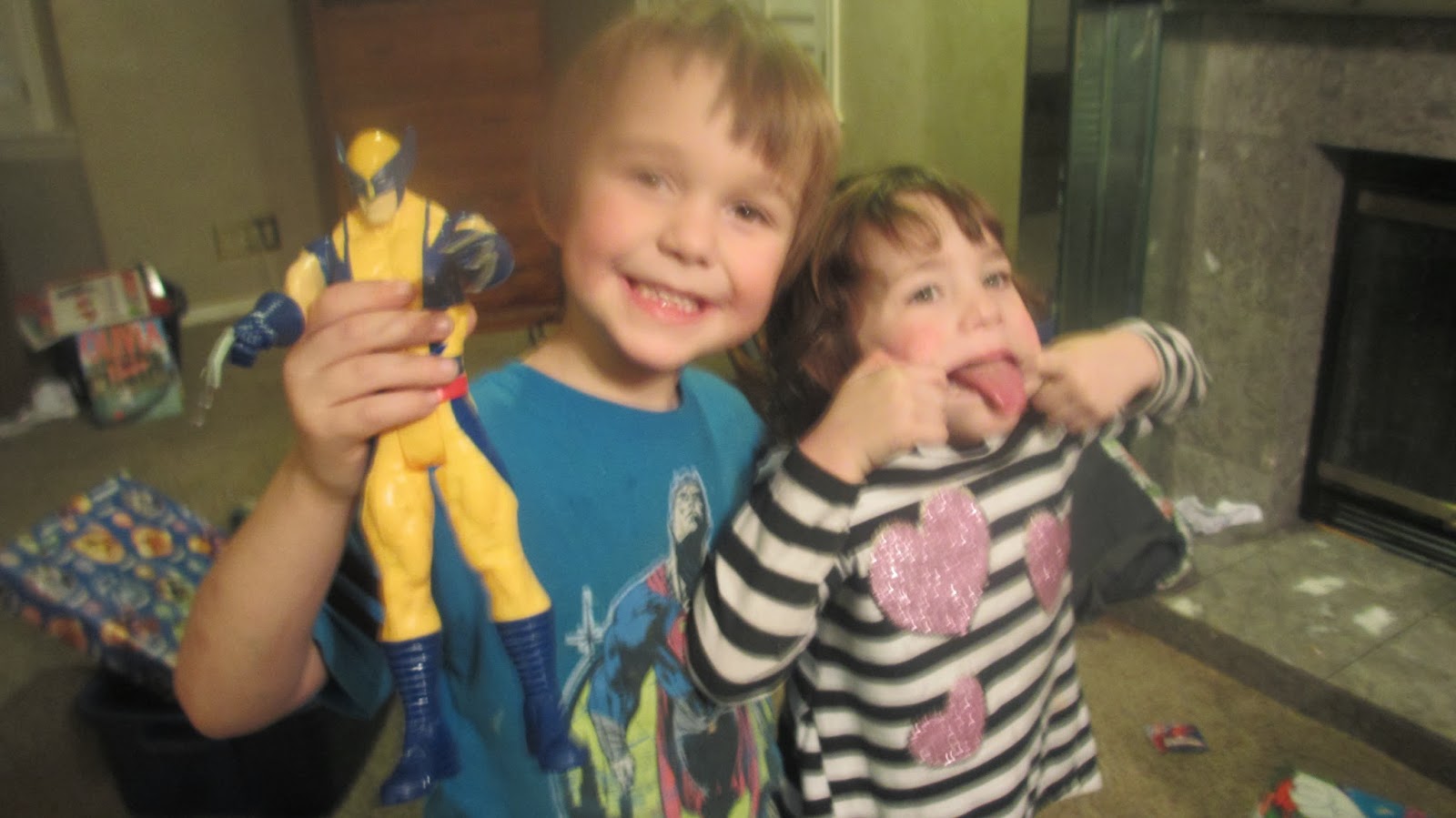 Later, we had pizza and presents. William agreed to postpone Nickle City until the following Saturday, due to the weather.  I was harried from the bad driving conditions, and he was ready to play with his new toys. 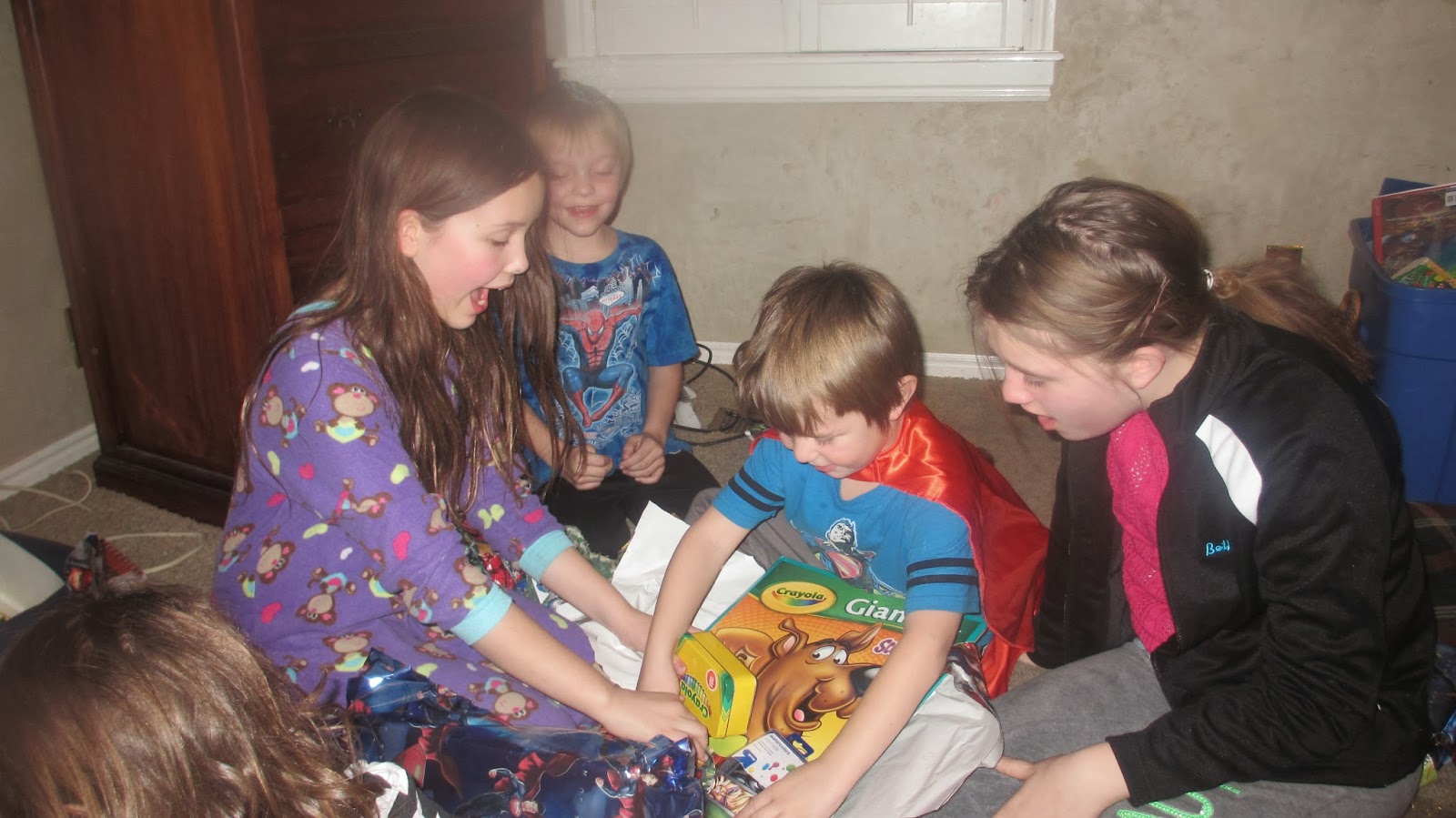 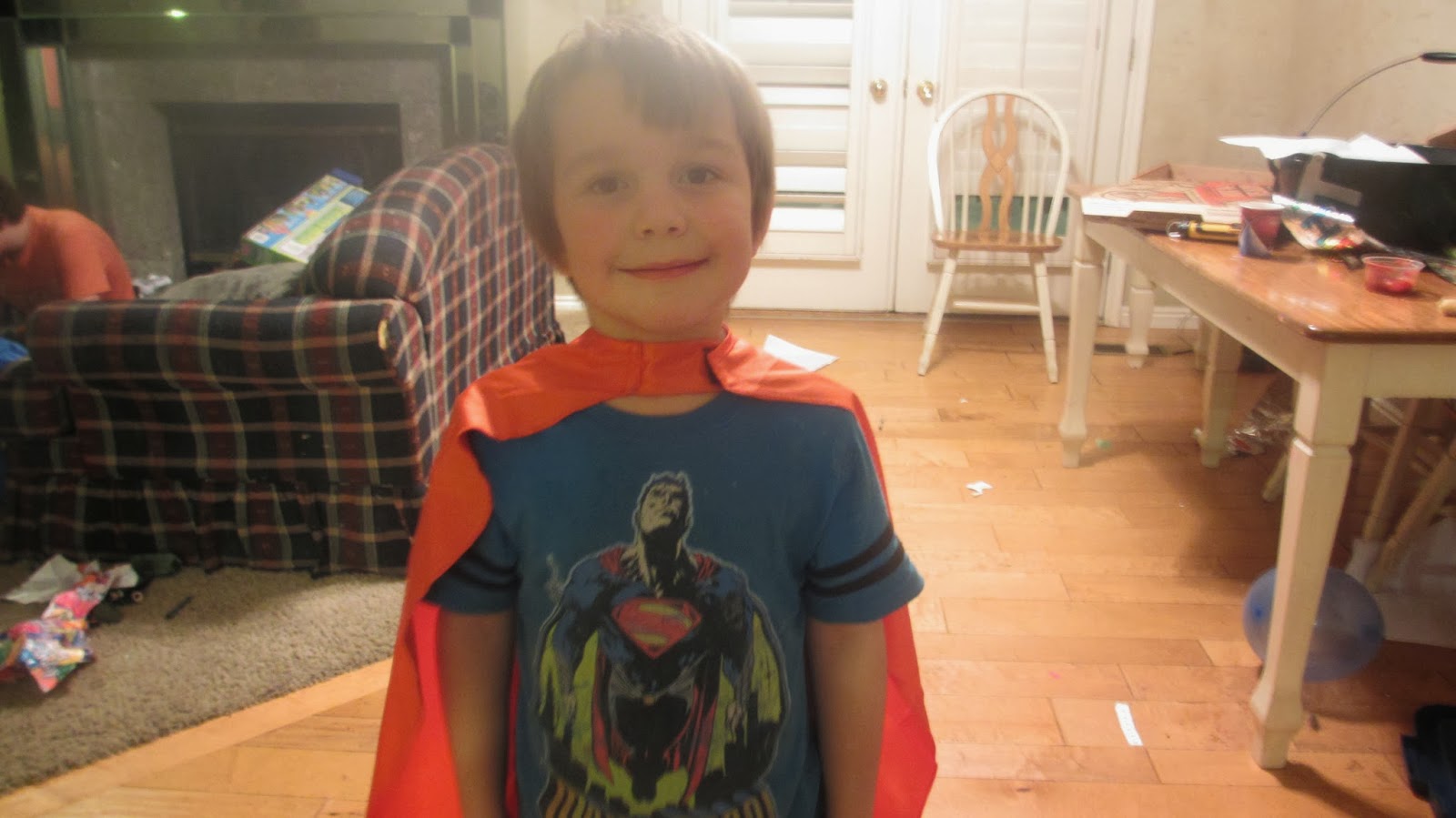 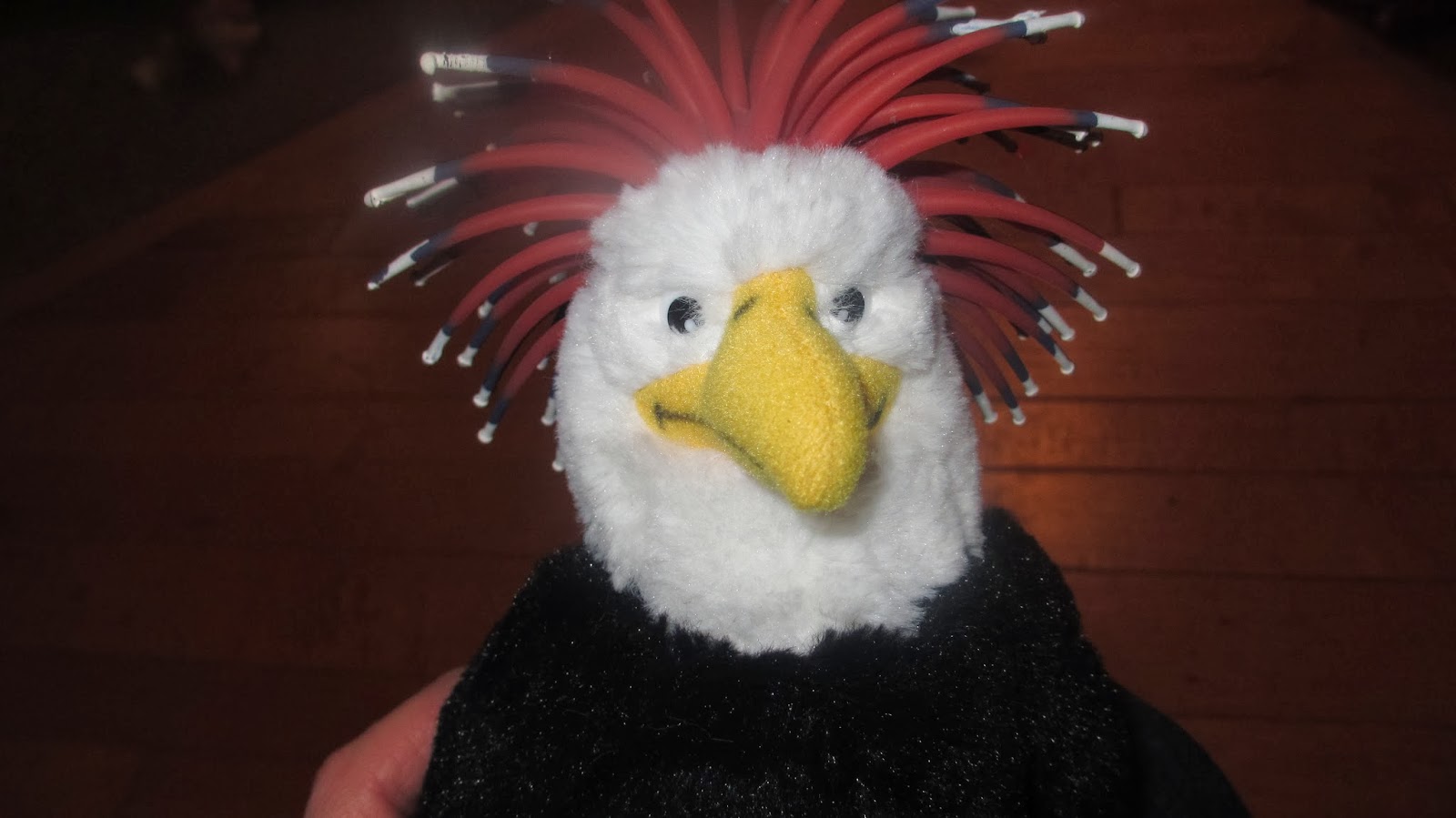 Kyle was quite pleased with the present he found for me.  I named him Hugh. 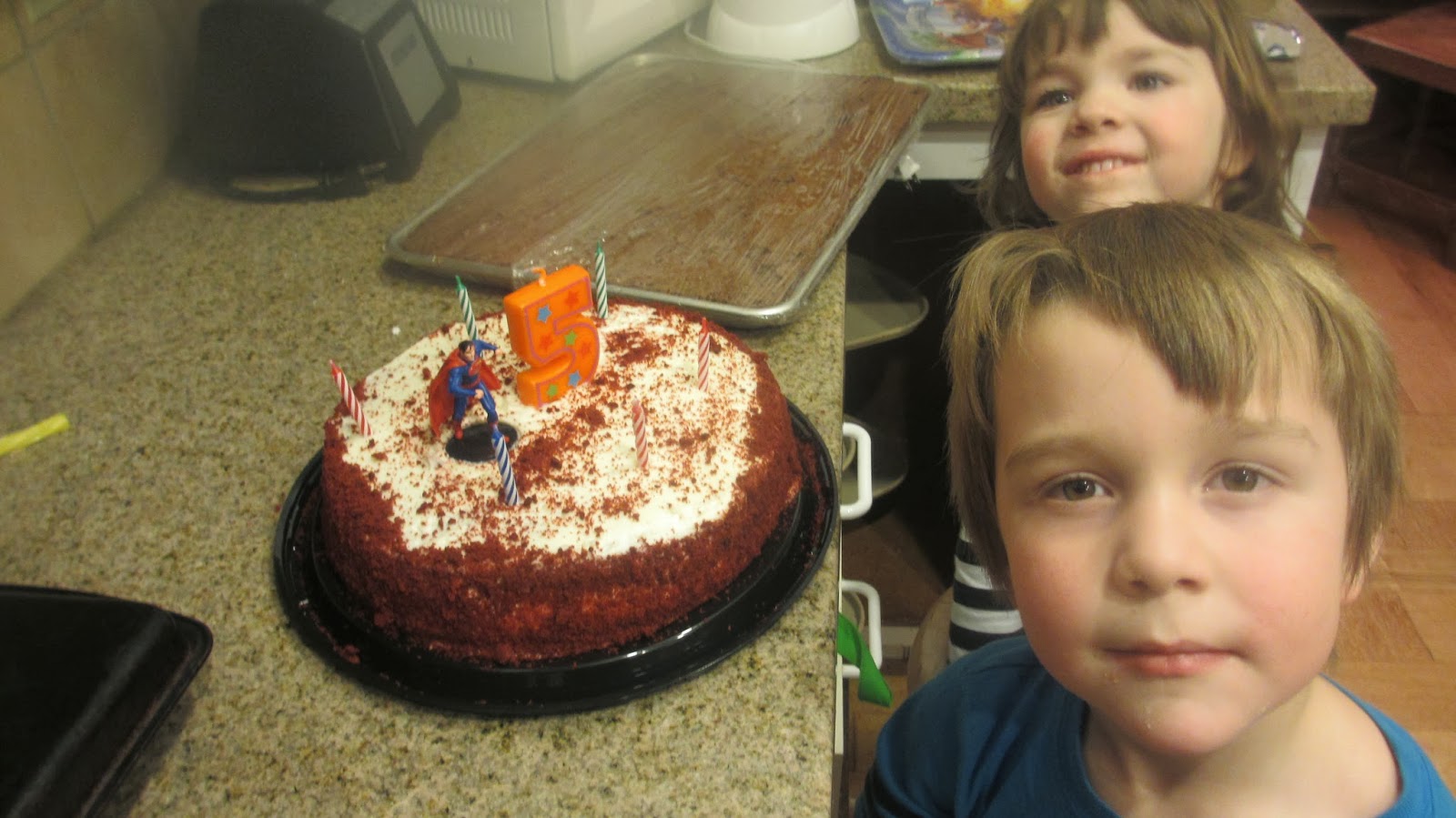 My dear friend Robin brought us this Red Velvet cake from Costco. I love sharing a birthday with you, William. 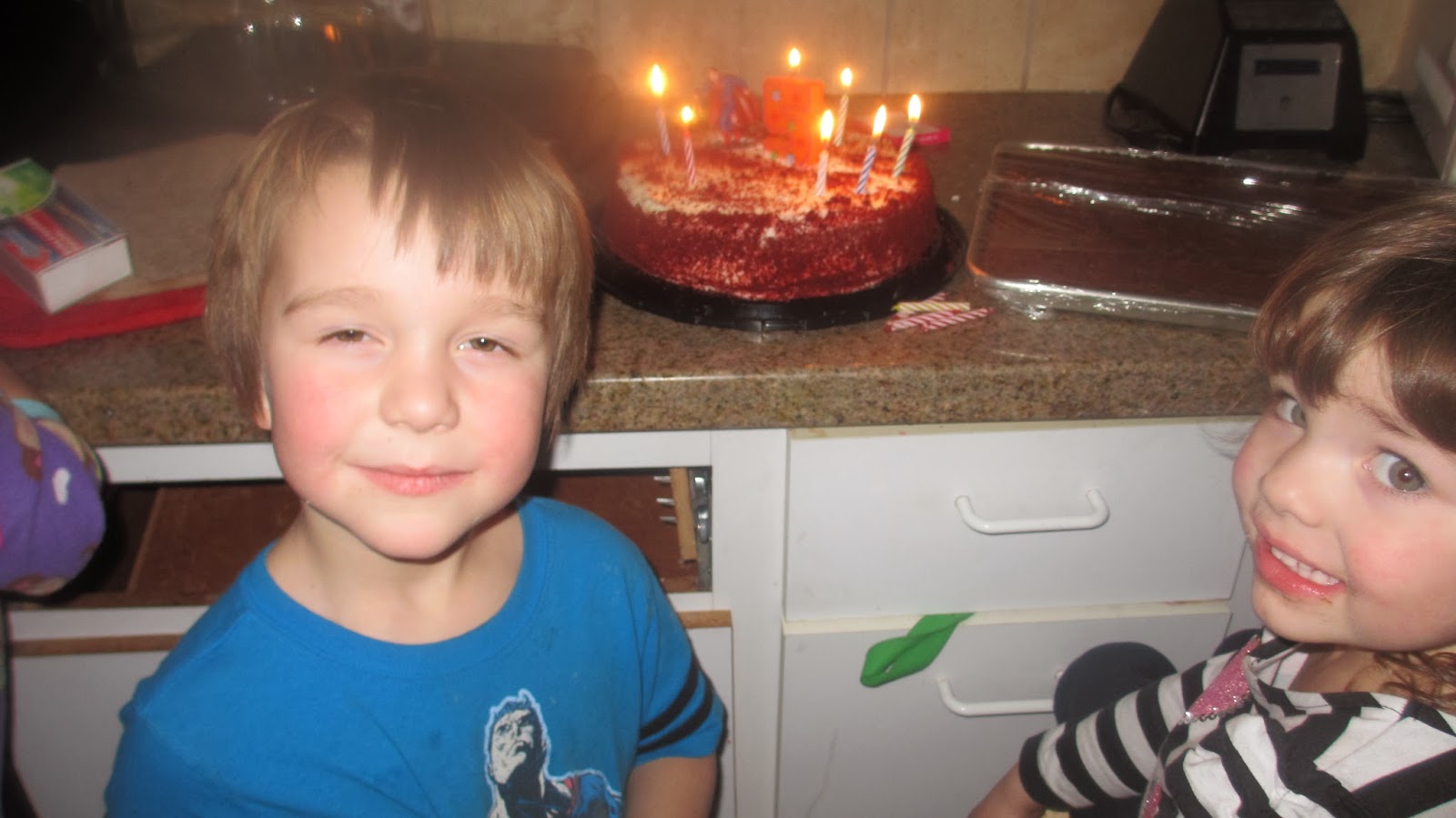 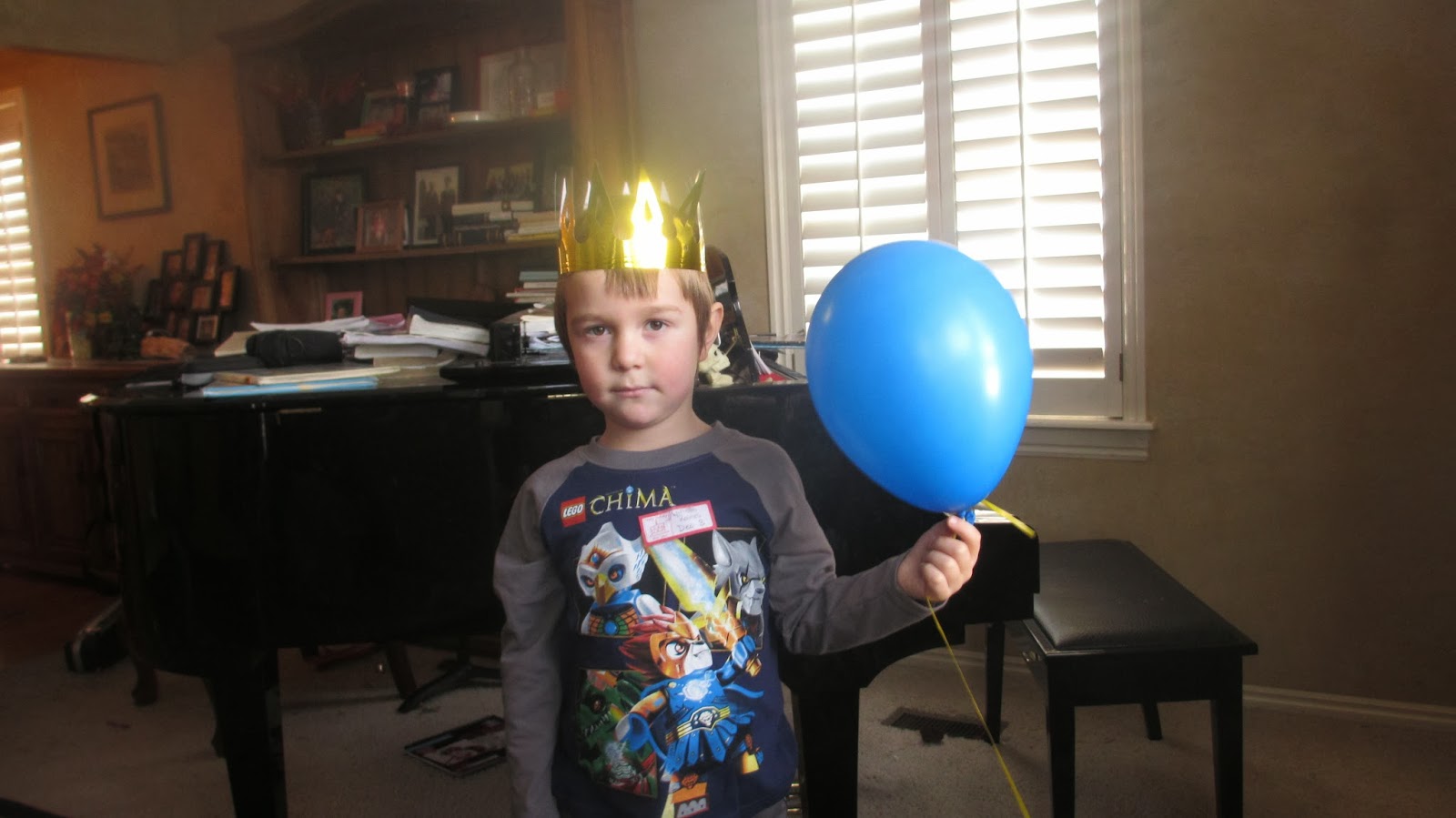 Next day, home from the preschool celebration.