Last weekend we enjoyed the much anticipated Orem Summerfest.  Much anticipated primarily because last year we did it, and did it wrong.  I was in school so we crammed in a late night visit to the carnival and fireworks, bought tickets that we couldn't use because the lines were too long, and the fireworks signaled the end of the fest before anyone sat on any ride.  I also remember writing about last year's experience, because I came to the surprising awareness that half my children hate crowds and fireworks.

So this year, as soon as the trailers and folded up rides started to arrive and unfold into twisting strawberries and rolling dragons, we started to plan the perfect small town carnival experience.  Friday afternoon, as soon as music classes ended Grandma Martha and the eleven of us were on our way, with last year's tickets in hand.  We were able to use them! The first auspicious sign that this year would be a success.  Everyone big split off into pairs and Grandma and I took the younger generation over to the strawberries. 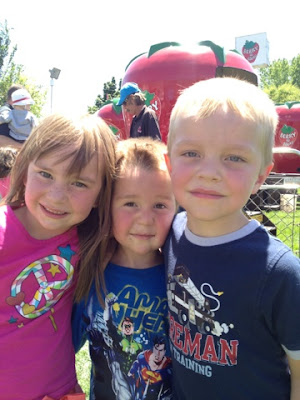 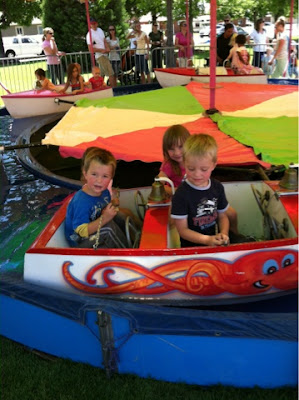 This was Sophie's first carnival ride. 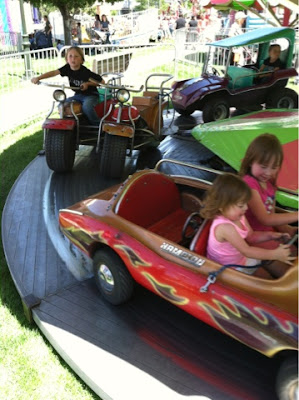 We spent three hours or so there. I was surprised that we left with extra tickets. After a while, the big kids had their fill, and we spent an hour relaxing by the playground in the shade, while the children raided the booths for candy and health and safety promotion. Our favorite booth was of course the Humane Society's where we met a beautiful, and perfectly tempered Golden Lab named Bill. We were sure he was meant to be a permanent part of our lives...but we were strong and went home without him, still hoping we could convince Granddad that he needed Bill in his life too. Kyle returned later that evening with David and learned that he was adopted. Bill was not in our fate.

Saturday evening Olivia and I were driving to Target when we saw the parade route starting to close off and crowds starting to gather.  We drove home quickly to find the willing.  I had thought the parade was in the morning, and since we have been night owls lately, didn't have the ambition to wake up the household. Saturday evening there was a stiff, surprisingly cold, wind but a handful of us walked up to the parade and were happy to meet our friends from the ward. It was big on local advertisement and, most importantly,  candy. 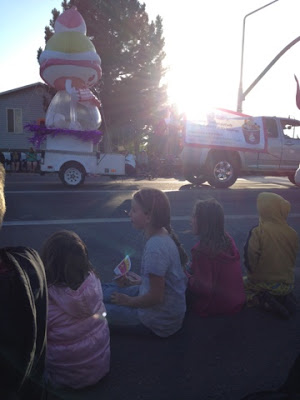 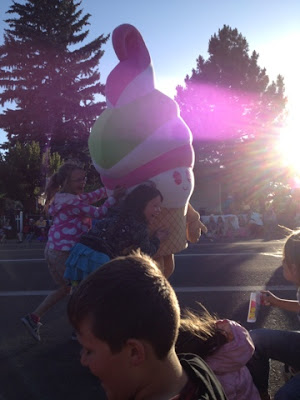 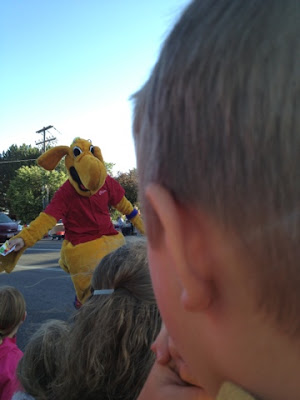 After the parade we returned home to get ready to return for fireworks. We added Sam, Grant, and Grandma...no fireworks haters this time, and returned to the park.  It was a perfect night! The wind had died down, but had obviously discouraged enough people that the crowd was not overwhelming. 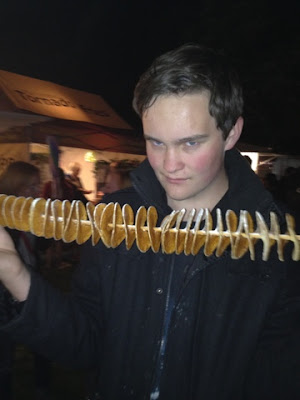 We browsed the vendors' booths and savored the combined sensations of the smell of the night air and fair foods.  We bought an order of Tornado Fries. Sam and the girls seasoned them using a bit of each of what Sam reported were a trillion different possible seasonings. 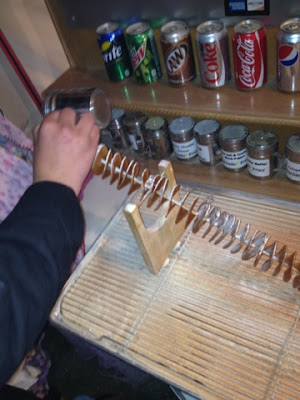 They were worthy of a photo shoot. 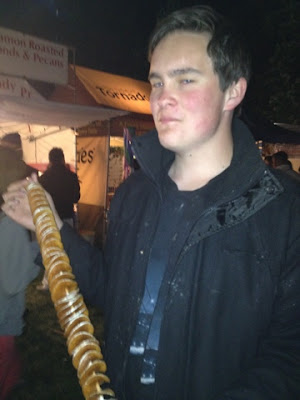 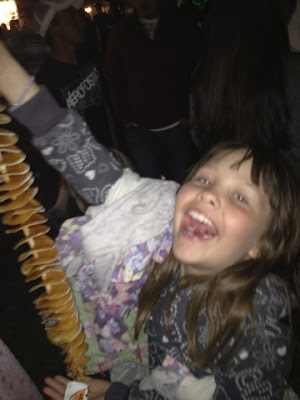 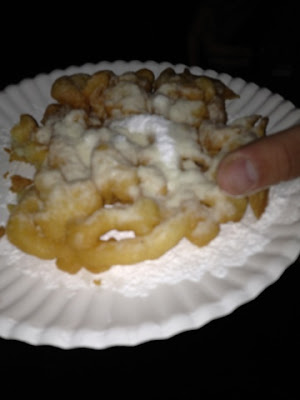 Sam was on a mission to find funnel cakes.  I was grateful for his persistence.  Fried dough...fried oil really, covered in powdered sugar..the perfect fair food, on a beautiful summer night while watching fireworks. 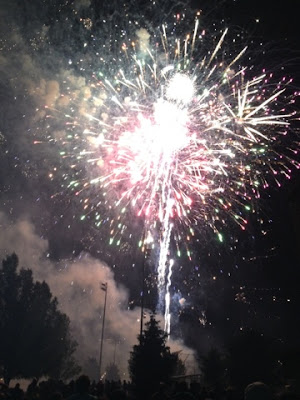 Present moment...Perfect moment, but not even trying to convince myself.  I have such a passion for local fairs.  I just kept remembering Maine.
Posted by Megan Raines at 7:04 AM