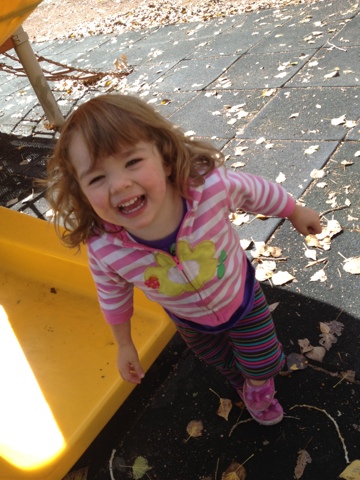 Families are a collective memory. My children could have combined thoughts to recreate this park, though none of us
remembered its name. 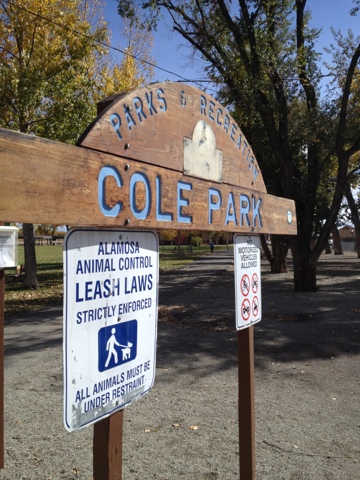 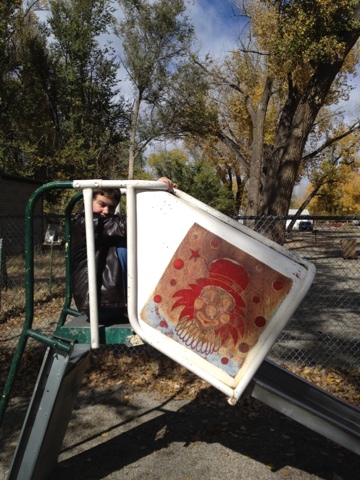 Kyle remembered a slide with a creepy clown but remembered it in California, maybe because the Oak trees are thin and long branched enough to
resemble Eucalyptus. 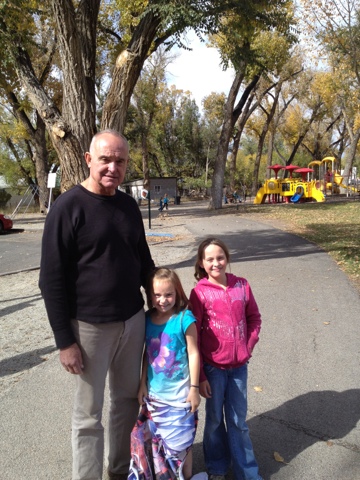 Saturday morning we had some house keeping to do; shopping, laundry, lectures. Granddad supervised the clothing at the local Laundromat, while I took the kids with me to Wal-mart to stock up for the ride home.  Anne was giving a reflexology demonstration at a small gym that was opening up among the collegiate coffee shops and Asian bistros in downtown Alamosa. We stopped in to say hello, and shuffled out just as quickly, as Anne began a reflexology session with an open house guest.  Fortunately, Cole Park was just around the corner from where we parked. We passed the white, wooden community church, whose parking lot had been curiously crowded the Thursday evening that we pulled into town, and across the street there was an old adobe house, that made me wonder whether the town had grown up around it or in spite of it. 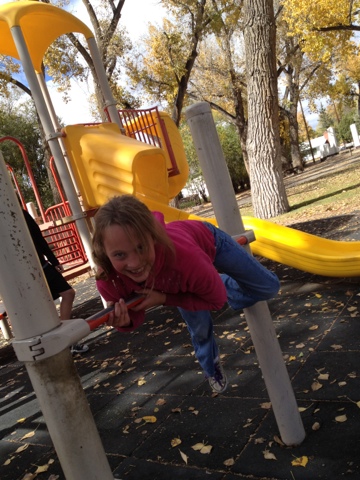 The park seemed rejuvenating to everyone. 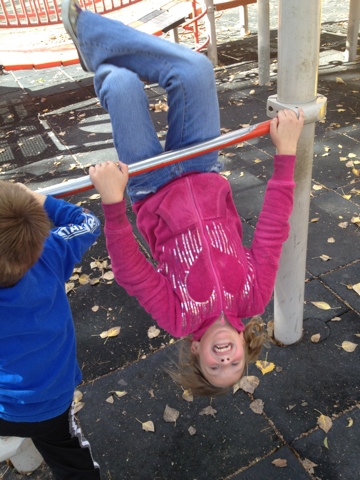 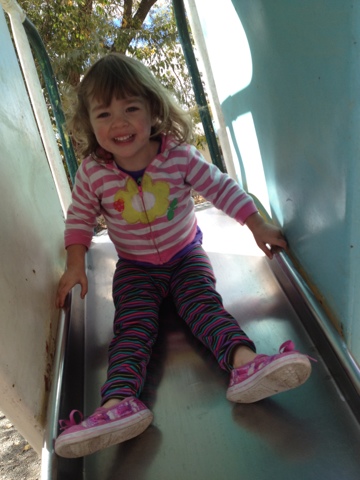 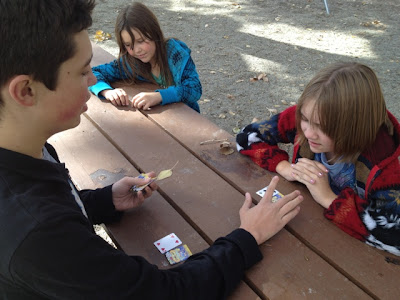 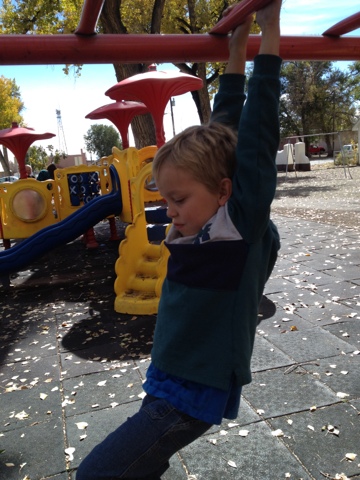 Grant set a goal for himself to master the monkey bars.  He reported that he crossed them successfully eight times before we left the park. I can only do that when my feet are on the ground. 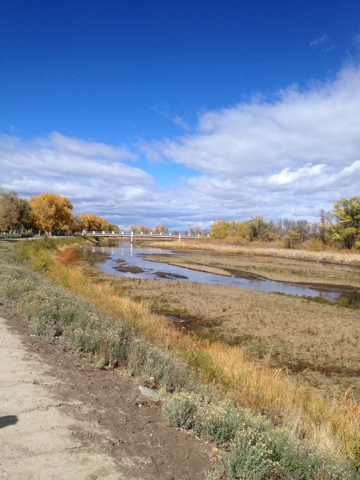 The Rio Grande River runs next to Cole Park. We walked across the large, rectangular, grass field where the city was hosting a Latin music festival on our last visit, surrounded by Oak trees and one-story, fifties era homes on two sides, the river to the East, and at the top of the park-- the black model train that everyone remembered from before...but no one knew exactly where they'd seen it. 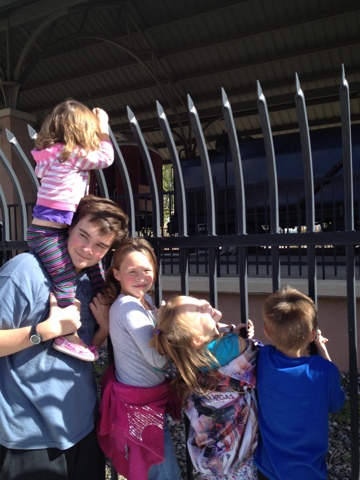 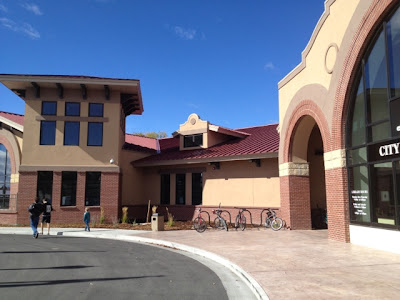 This adjacent Alamosa City Hall and Public Library was not here in 2010. It is a beautiful addition to the city park. 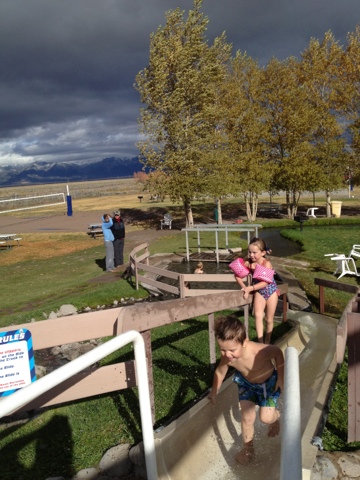 At two o'clock the reflexology demonstration ended, so we met Anne and Eric and drove out to Joyful Journey Hot Springs pool. 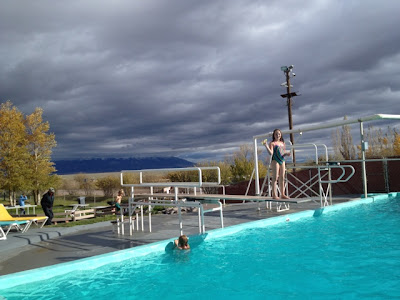 The kids enjoyed the warm geothermal water even more with the cool air and clouds, than they had on the hot summer day during our July visit. 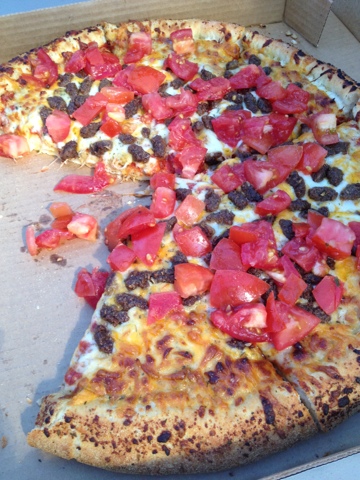 As I have said before, the Cafe is wonderful. Eric made lemon bars for desert. They are one of my favorite traditions of our visits together. As it grew dark we said good-bye to Anne and Eric and returned to the motel. 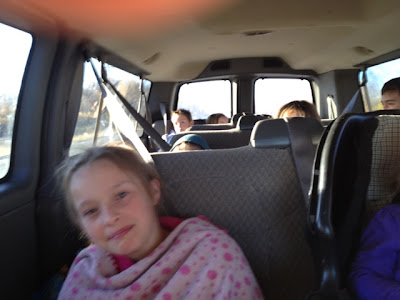 Sunday morning we enjoyed the breakfast buffet for the last time and succeeded at leaving before eight o'clock. I determined that Olivia is my kindred spirit on road trips. She shares my enthusiasm for road trip work: van washing and vacuuming, packing and organizing, and staring out the window for hours and hours. 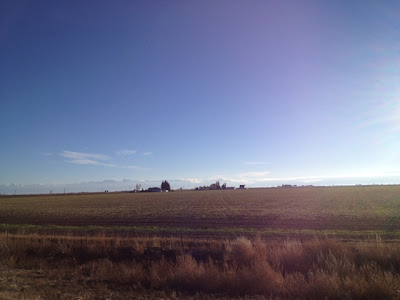 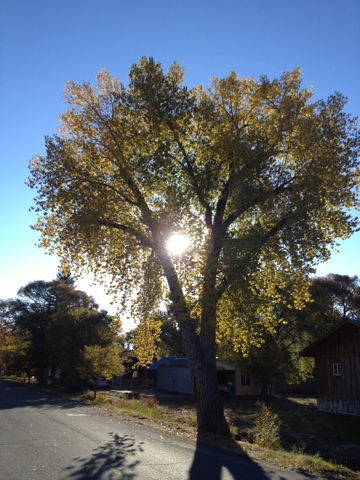 I love passing through the small towns in Colorado. 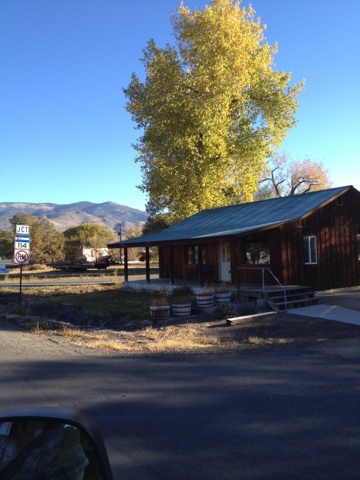 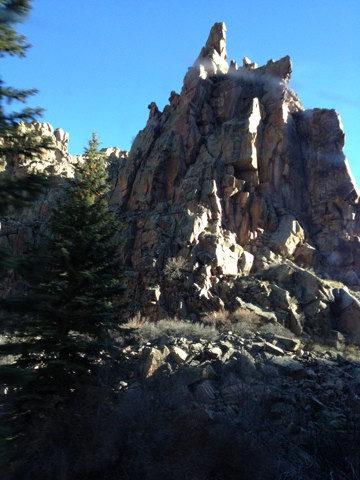 Somewhere along the road, when they are bored of fighting about music and who's taking up too much bench,  it always seems, that at least once on every trip, our conversation turns to memories.  A favorite topic is school cafeterias of family history... the mystery meat and bitter lemon water in Quito, the mythical sandwich bar in Beijing, the spoiled chocolate milk of present day.  I love listening to their discussions and the momentary enjoyment of their common experiences.  I feel hopeful.
Sunday evening the kids were excited to be home.  I was grateful that they all helped unload the van, so I had things settled in time to meet my friend Cami at a singles' fireside at the Stake center by the Provo Temple.  I pulled on to Temple Drive and saw a line of cars just outside the glow of the temple lights, already   parked outside the Stake Center.
Me being me, I parked on the outskirts of the rest of the outskirted vehicles, and as I walked toward the building, I wondered what was drawing such a big crowd of LDS mid-singles, as they call  us..not too old, definitely not too young. But as I approached the church I noticed that the parking lot was basically empty, and I had to wonder about our collective mentality. Not surprisingly, I was the only mid-single there with a fifteen passenger van, so the rest of them couldn't blame their distance on size. So I wondered as I joined the those seated in the chapel, who were already enjoying a violin solo so beautiful that I thought it was either an angel or a recording,  if as a group, we LDS singles are too quick to feel more comfortable on the outside, what contributes to our timidity?
I was grateful, feeling a bit more distracted than usual, that the fireside was basically a choral performance put on by the hosting singles' group,  and was quickly impressed that their performance was equal to the quality of the violinist. As it ended and I walked out toward the van,  and was surprised even at myself, and at how far away I had been content to park. But on my very long walk, I thought about how grateful I felt for music and friendship. It was a nice way to end the day.
Posted by Megan Raines at 3:05 PM

Colorado is beautiful, and that pool looks amazing!

The geothermal water is so comfortable, even in the coldest months! It's great to hear from you Carolyn! Have a good weekend.