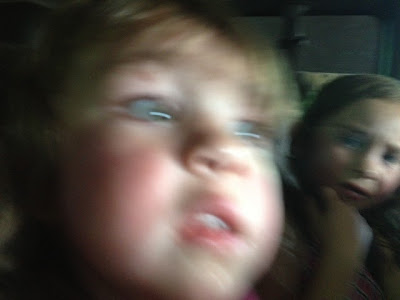 It looks like a horror movie but it's just summertime entertainment--the car wash. Sophie was terrified. 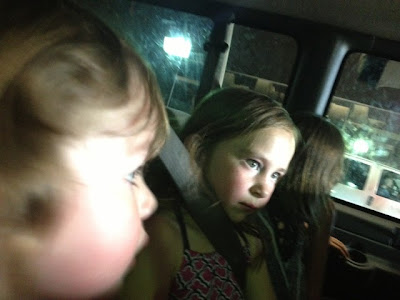 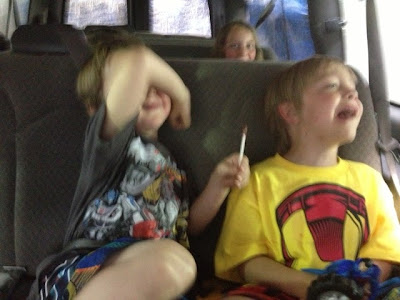 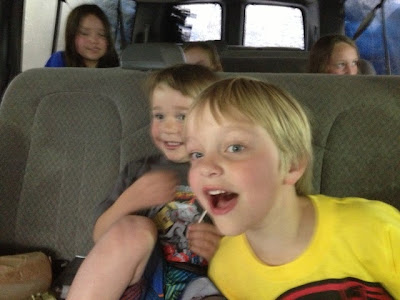 I realized that I hadn't washed the van since October of 2012, I could still recognize snack crumbs and Great Dunes National Park sand from our trip to Alamosa.  As you can see there are benefits to procrastination.  Aside from all the money and water I saved, the kids were adequately enthusiastic.

I was particularly motivated to wash the van after my heroic drive up and down a winding, rocky, mountain footpath, slash "road" to pick up Bethany for a mandatory dance rehearsal, which by the way, turned out to be the following week, so she wouldn't miss Camp Big Springs.  I had to be back to work in American Fork in less than an hour so I drove through the rusty iron gate at the end of the path a little too quickly, and ended up with a long brown scratch on the side of the van...memento of my day spent attempting to be in as many places as possible, no matter how remote, hoping to win the admiration of my pre-teen daughter. 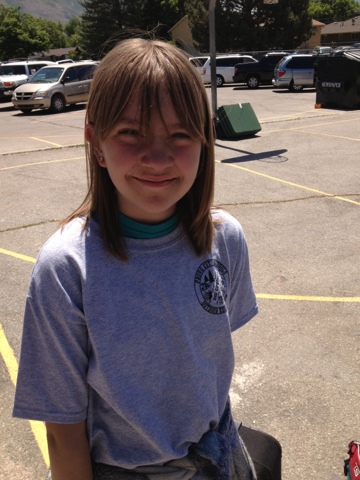 This was Friday--retrieval.  I was grateful that I had no clients in the afternoon so Bethany and I could have Sonic and stories about camp. 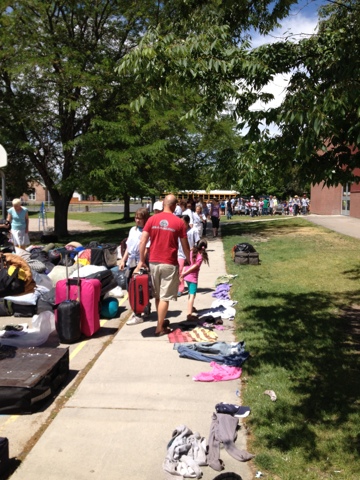 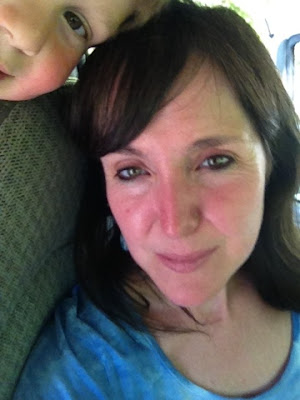 Old haggard mom and four-year old son who loves me.
Posted by Megan Raines at 7:37 PM