for the love of pets

After thirteen years of parenting, the most disgusting thing I've had to clean up could of been Tuesday afternoon's picture,


but I refrained. It was our dog Harley's vomit, and on top a long, slimy, wiggling worm.


Why do I have pets? It must be my mental illness. Some people think I'm joking. Some people are starting to believe me. Rob knows it's true, but he's in denial because he doesn't want it to effect my medical clearance.

So back to Sunday morning. More snow. Off to another slow start with Caitlin's new and completely unwarranted dissatisfaction with everything in her closet. We were over an hour late before we gave up. The snow was heavy at that point and Rob didn't want to share the slick road with Beijing drivers. We built a fire and the kids volunteered to give "talks" around the fireplace as we watched the snow fall. Winter therapy. 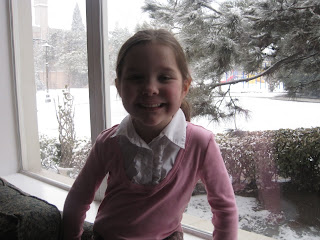 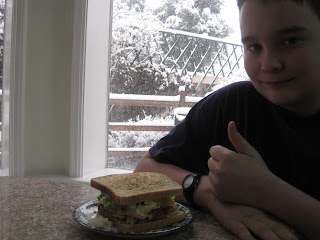 Sam made his weekly Sunday sandwich for lunch, then he borrowed my camera and took a walk around the neighborhood. Here are some of his pictures. 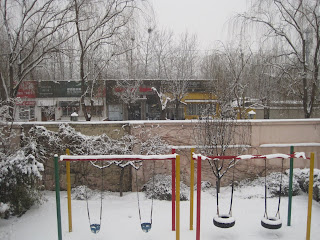 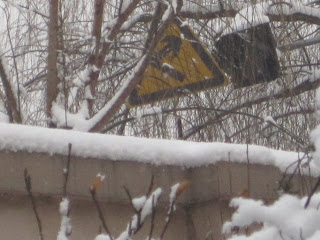 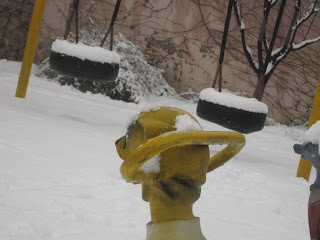 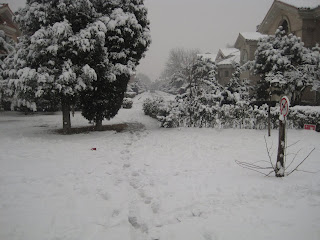 I promised the boys I would make pie for 3.14... day. I had saved some crust in the freezer. I just used that and a can of peaches mixed with flour, sugar, and cinnamon. It wasn't too bad, since there was ice cream on top. Olivia handed me a little dog cookie cutter as I was rolling out the dough, so I decided to make doggie pie...that was before Tuesday's incident. 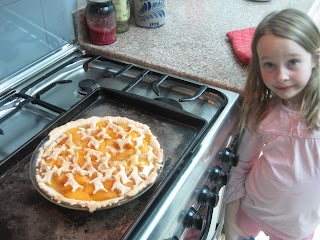 Monday I drove Rhino back to 4th grade.
Ben showed me his Egypt exhibit in the Ancient Cultures Museum put on by the 6th grade, 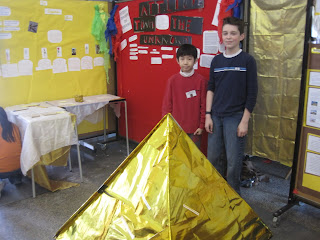 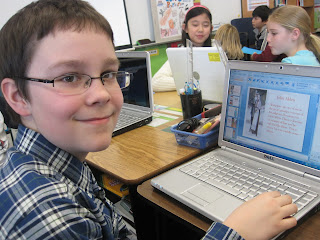 and I met Olivia for lunch. She accused me of chewing with my mouth "too closed." I hadn't known that was bad manners. 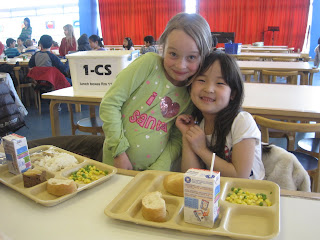 Then it's back to Tuesday, and what's more appetizing. Cui Ayi helped me buy strawberries. They are cheaper in Baixinzhuang village, and they come with these beautiful stems. 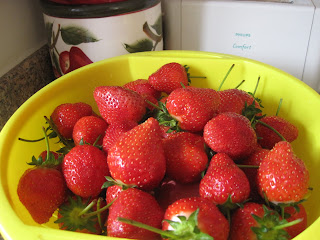 In the evening, Cui and Zhang Ayi made dinner. Everyone loves the popcorn chicken. 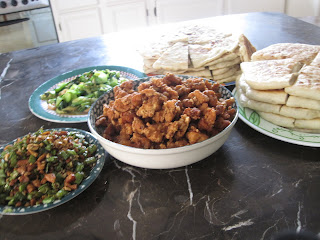