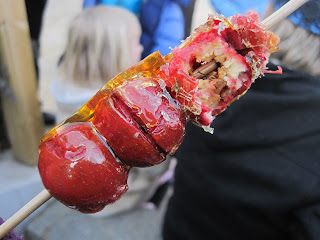 God gave ten children to a disorganized, wanna-be artistic type with unfinished plans. So Sunday morning was like most, fifteen minutes after the meeting started I was still at home, trying to drag myself out of my daydream state into an entirely different stupor of eight unstockinged feet. I was surrounded by stockings too tight, stockings too dirty, stockings too holed, stockings too flowered. Too bad for our punctuality, we still needed fifteen minutes to load into the van, and another thirty to commute into town to the office building where we hold church in Beijing. 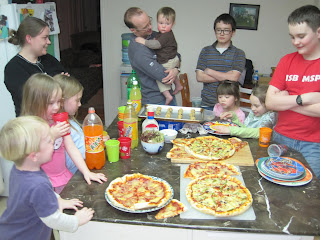 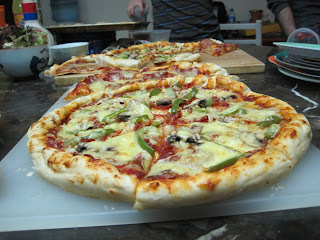 At least I'm fun when I'm not being mean. See the pizzas we made Friday night? I just had to turn into a monster to convince the kids to help me clean up after the guests left. Then I felt like a terrible parent, well, because I was acting like one, and I thought..."Man, I need a degree in adolescent psychology."
This is what I do love about being a mom, going to school and watching them grow into their own people.
Here's Olivia reading The Three Little Pigs, as Retold by Olivia to a kindergarten class. 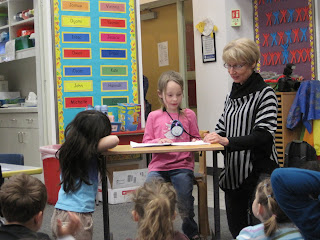 Friday was the ISB Temple Fair, the school's finally final Chinese New Year celebration of the year. All the elementary school kids perform in a dance with their Chinese class. 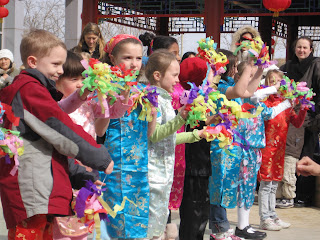 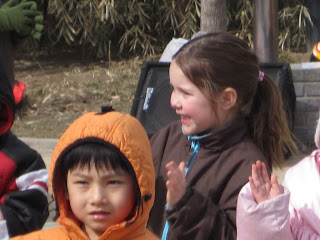 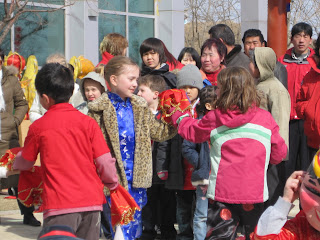 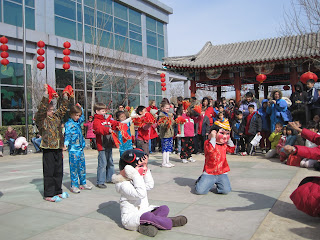 It was my third year to attend the ISB Temple Fair, and my third year to sit at just the right angle to get bad pictures of my kids. I'll have to give this one to Hunter's mom. See Kyle way in the back? 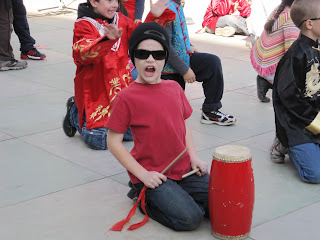 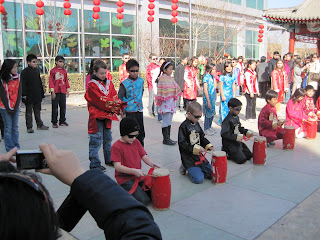 What happens after three years? You eat to the inside of the candied hawthorn. I used to call that a rotten apple. Mary ate three sticks, which proves she's part Chinese. 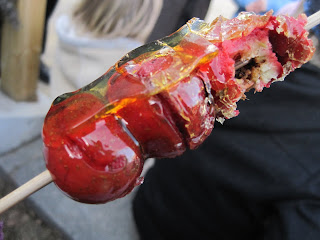 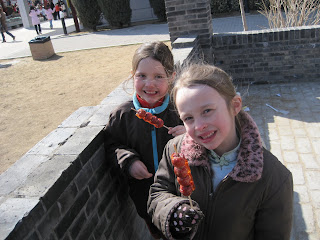 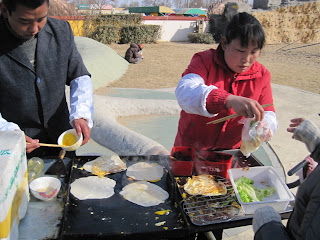 It was Mary and Olivia's third year to listen to this old man sing out a dramatic narration while they peeked into the little windows to watch the paper puppets dance inside. 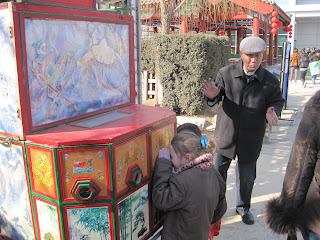 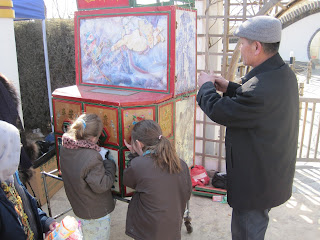 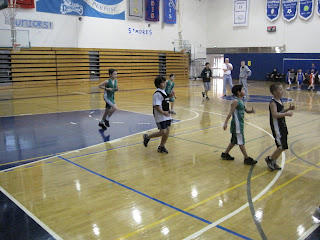 I did say ten children. Here is a bit of news for anyone who diligently endured to end of this extra-long post. We are expecting number ten. I always wanted to have a Fourth of July baby. No luck this year, so how about September Eleventh? I've never had a baby born on his or her due date. But if this one is, we can plan some fun costume themes for his or her birthday, like ...dress as your favorite rescue hero.
And for those of you concerned about my health, mostly mental, or just wondering when that gray haired lady is going to stop having kids, we are planning this to be our last batch. I told Rob I felt like we had three more, a boy and two girls, but they all needed to come in one more pregnancy, or they would have to join the family in the here-after or as grandchildren. God, in his wisdom, did not give me triplets. We've already had an ultrasound to determine that. More on that later in another post...adventures in Chinese obstetrics, companion post to (with or without Rob's permission) adventures at the Chinese urologist. That may be one you want to miss!
In the meantime, March 8th was another snowy Monday.
Caitlin's word to the wise "Better not wear flip-flops today." 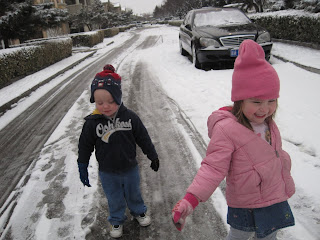 And Grant said, "Hey, what happened' the sidewalk?"
Posted by Megan Raines at 5:23 PM

My parents have 11 kids. But of course, they don't ever move -- or even go anywhere.
I love the photos of all the girls in their Chinese dresses!
Zoe

Congrats, Megan! I'm a regular follower of your blog and find myself enjoying your adventures so much! Looking forward to hearing the adventures of a Chinese OB/GYN! Congrats again!

Hi Julie,
It was so fun to find your comment! Thank you for visiting our blog. Have a great day!

Congrats Megan!!! I am so happy for you guys! You are an awesome Mommy, and even your mean Mommy days are probably on par with my Nice Mommy days... haha.. Okay I'm not quite that bad on my nice days =) We love you guys! Bryan is still trying to convince me that 4 isn't too bad.