Driving by McDonald's the other day Grant said, "Hey, we went there tomorrow."

If that didn't express something that haunts, nags, drives me to the point of questioning my own sanity, not that I don't do that in almost every post, I don't know what could.

Went there tomorrow.  A grammatical error, wishful thinking, or for me, what seems like a memory of the future.  Does anyone else know what I am talking about?

When did it start?  Back in Oklahoma at Jenny Kugler's playing house I would line her bedroom wall with my children. They were really stuffed animals.  Good thing she had a lot of them.  What else... in Santa Barbara, who remembers Sonny's Pizza on Cabrillo Boulevard?  The absolute best pizza, even New Yorkers would say, and the sea air coming through the doors that practically opened on to the beach.  The first time I walked in I knew that I worked there.  Spent two wonderful summers there, loved going to bed smelling so savory.  And then there was my uncanny match making ability in college, once told a date he was actually meant for my roommate. They did marry, but as far as I know, neglected to name any child after me. Ingratitude. And other things, but why be boring?

The future has always been an obsession.  Do they have a clinical term for that like say... anxiety?

So what about reality?  Sophie's one month old. 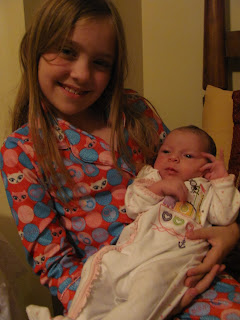 Reality has been a bit sad for me lately, for complicated reasons, but here is a list of what turned out to be eight things that made me smile. Could have been longer but time constrains.

1) Some mystery gardener raked our first pile of autumn leaves in the backyard. 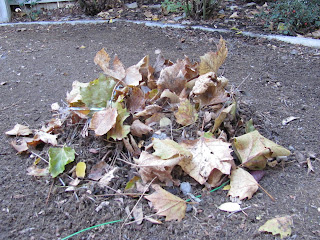 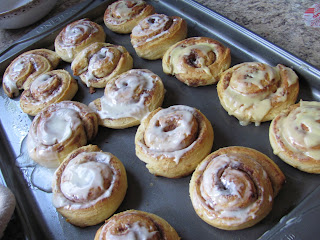 3) General conference, in general...but especially President Monson's singing "Here we go up a row to a Birthday Party."

4)Pumpkins, particularly Kyle's that he painted at Boy Scouts. And Caitlin's photography. 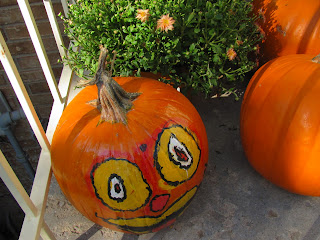 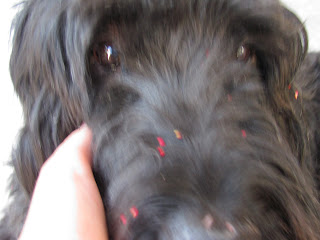 6)Sophie in the blessing dress that Grandma Julia made for Bethany. All of the girls have worn it. 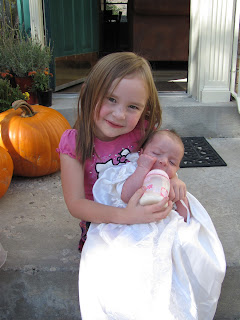 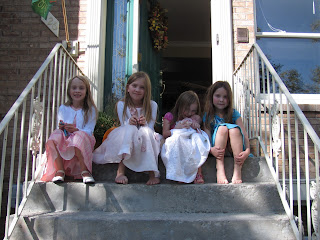 8) Bethany's list of names for her future children, including Pinnochio and Lip Gloss.

So last Tuesday the kids had the day off, for some reason I forgot. We went shopping together, then out to lunch. 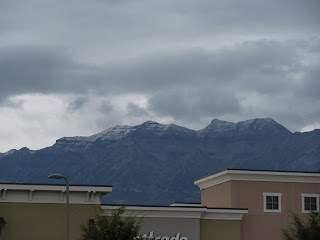 Saw the first bit of snow in the mountains. 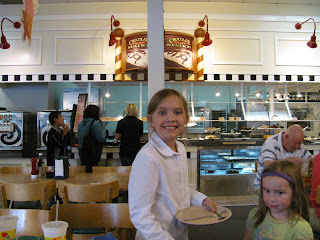 Went to Golden Corral. That's how I bribed the kids to sit still for G.C. 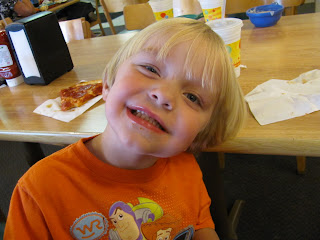 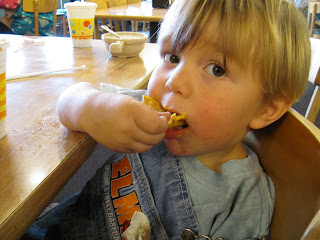 But they got to go anyway. 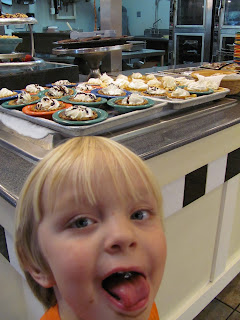 The boys got handsome and much needed haircuts..five dollars on Tuesdays at Craig's Cuts. 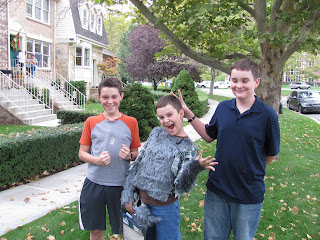 And today, Tuesday already again, had to drop Mary off at school since she missed the bus.  I let the boys play on the playground. Picked up Caitlin, then went to the library.  It felt good to be out for most of the day, not at home feeling overwhelmed by all the aspects of my life that I should be getting in order, not the least of which the fallen "honey and cheerios."

Drove by the park on the way home.  Grant said, "Hey, we went there today."  Thought about that one.  Today has elements of past and present, and still some anticipation of the future. Why it should be embraced I suppose.
Posted by Megan Raines at 10:56 PM

Interesting thoughts about tomorrow and today. We may not be able to control or predict the future, but we can still make the most of them.

Reply from last post: Hey Megan... I was an English Major. :-) I fell in love with books from the time I used to recite nursery rhymes out of my big red book I had as a little girl. I remember watching my mother read mystery books, and the envy I felt and consolation that I would learn to read soon. I think in rhymes, I love rhythym, I love words.

I have not seen Gianni Schicchi... but I will have to check it out. The Red Violin is one of my favorite films. (You might want to watch it first - it might have some racy parts - I just can't recall. I am not sure about the age of Sam, so just an FYI.)

So about your current post: Well... our tour will end summer 11, and I am mentally preparing already. I live simultaneously in the past, future and present, always in flux - regret, doubt, happiness, wonder and hope. And second guesses. I think poetic souls do that. They think with broad minds and almost limitless boundaries. It makes me a little crazy, eh? But I wouldn't want to be any other way because no matter how conflicted I can feel, I always feel so alive. I suspect you are sorta the same way. When I get too twisted up, I sing Vienna Waits for You in my little mind. It's an old Billy Joel song. If you have time, check out the lyrics. Very apropos.

I love Billy Joel, especially anything from Glass Houses. I don't even have to look up the lyrics. They fit perfectly with what my counselor said about my life..."Slow down you crazy child you're so ambitious for a jouvenile, but if you're so smart tell me why are you still so afraid..." That's uncanny and yet I would have never thought of that!

There is a Billy Joel lyric for every situation. Right now I feel like I'm closing in on Scenes from an Italian Restaurant.

Thank you for describing it as conflicted, yet alive. That is so much better than "kooky" which is what I have been feeling lately. I loved your list "regret,doubt,happiness,wonder,and hope." Reminds me of the lyric "You've got your passion, you've got your pride, but don't you know that only fools are satisfied."

I sure love your comments Kim!
Have a great day!
Megan

It has been so nice to follow your posts. I talked with Nancy Weddle the other day about some personal things and she tells me that it was too bad you and I didn't talk more while you were here. I could have figuared this out now but it sounds like you and I were going through about the same things this last year. I am still trying to hold on, not saying you are not but if you get a chance maybe we should talk sometime. I am sure you are pretty busy. Know I am thinking of you!