A month or so ago, on a Saturday night, driving home from dropping Ben off at play practice I ran in to a little local market for a few requested items: Red Vines, chips and salsa, acne cream.  To survey the items at the check out  counter was a moment of I've-got-teenagers-running-my-life-realization...and I was okay with that..grateful to anticipate a Saturday movie night together.

So this week, alone in the girls' room, tidying up after the off to school rush I noticed a torn-out-of-a-spiral- notebook-sheet-of- paper speared on to the nail holding up the Twilight Eclipse calendar. The girls are growing up too.  Some one's New Year's resolutions were carefully listed on the paper.  Read my scriptures every day.  Exercise.  My favorite was Be nice to everyone... I hoped that included me. 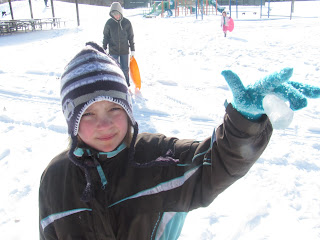 New Year's day I had to come out of denial and call the heater repairman..again... It actually felt warmer outside than in. 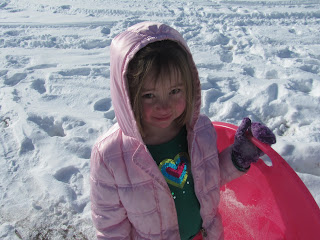 Caitlin and I were enjoying how the snow was sparkling in the sun. 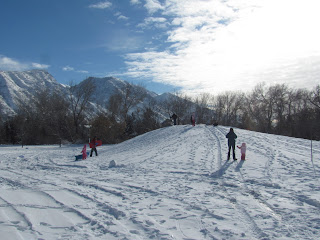 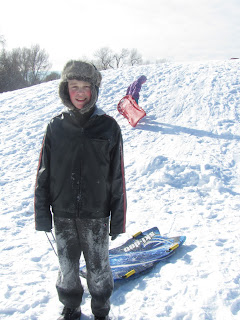 Ben was born to wear that hat.

So I've been asking myself if I've grown too old to believe in New Year's resolutions.  Maybe I'm just cynical about arbitrary dates in general, but  I do believe in change. I live hoping that Ether 12:27.."then will I make weak things become strong unto them.."  could hopefully, possibly apply to me. How about this one...my laundry has stayed in the laundry room for two or so months now, only  emerging clean and folded.  That's a positive change from the living room piles- in-waiting. Here's a peek at today's laundry status. 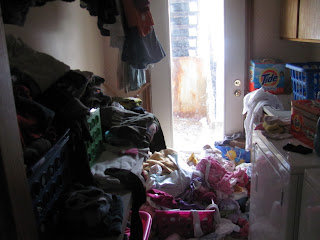 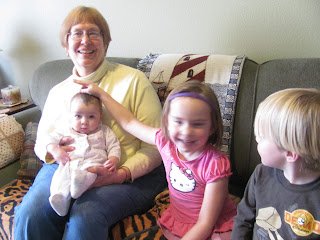 I've been grateful for Grandma Martha.  She took the boys and Sophie Monday, Wednesday, and Friday morning while Caitlin was at preschool.  I've been trying to catch up on a variety of things...not sure which to attend to first...don't admit that to a therapist...I've been doing a lot of praying as I go throughout the day. Praying for help to accomplish what needs to be accomplished, and to put off and let go of the associated stress of what doesn't...and to recognize the blessing of each day...moment...and reminding God that I'm putting this in His hands.  Grandma Martha has been an angel on Earth this week. 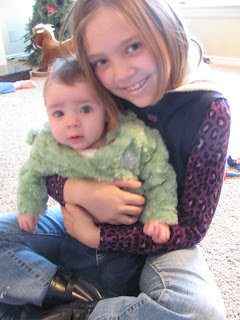 Sophie's four months old now.  I took her to her well-visit. Thirteen pounds, twenty-five inches long.  Speaking of angels, she had ear infections in both ears...but who would have known?  She never complained. 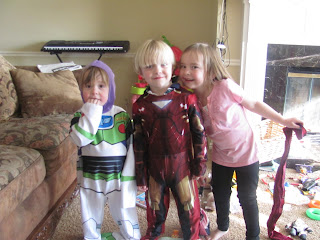 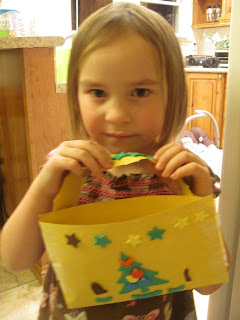 And since get-the-kids-to-watch-less-television is always a part of the January mindset, I was grateful to see Caitlin initiating her own craft time.  I love her homemade paper purses! 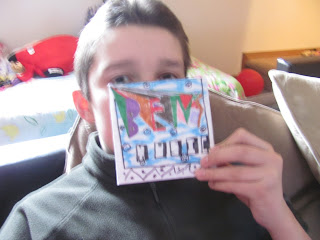 I found a pile of Cd's on sale at Target, without the cases.  Ben was excited to see them and set to work making a compilation of his favorite songs, mostly 80's. Since there was no case, he engineered his own, folding the paper, decorating it, and laminating it with packing tape. I love the way Ben's mind works...his ingenuity, resourcefulness, and sophisticated interested nostalgia rock.
Posted by Megan Raines at 1:48 PM

Megan- I just love you and the Raines clan! I admire you for the real life, gritty and full of love mother and woman you are! laundry piles and all!!

I love gritty! Thanks Amy! Come to Utah!