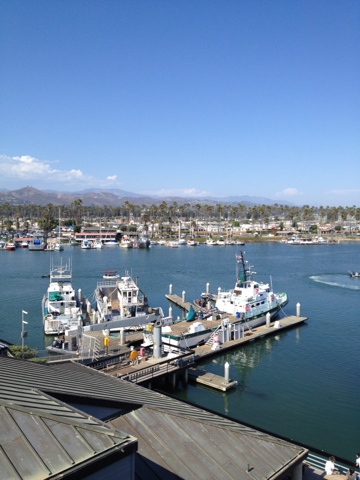 Friday afternoon we met Amy at her office in Oxnard.  We have been friends since junior high and it always feels like no time has passed when I see her.  My dad went on his way to spend the weekend swimming at his favorite pool on UCSB campus and meeting with writers.  Amy and I went our way. I was so ready to enjoy the ocean again.

I haven't spent any time really by the beach in Ventura, so it was fun to walk at the harbor there. Amy took me to one of her favorite parks where there is a beautiful view of the ocean and then we ate at a delicious Thai restaurant called White Sands in downtown Ventura. I don't think I have had Pad Thai since Beijing. 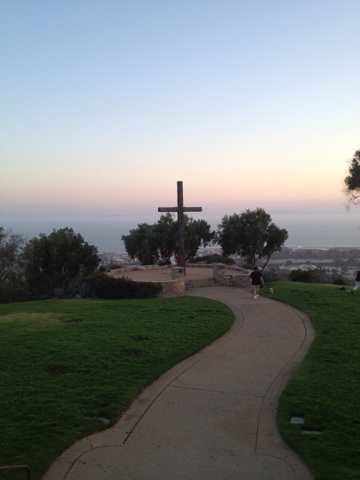 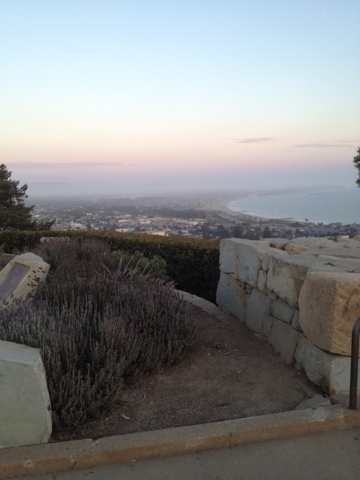 I think I am a boring guest. When I visit Amy I always want to do the same things, visit my old favorite places in Santa Barbara. As we drove in to town Amy suggested the Farmer's Market, which I had never been to in Santa Barbara. 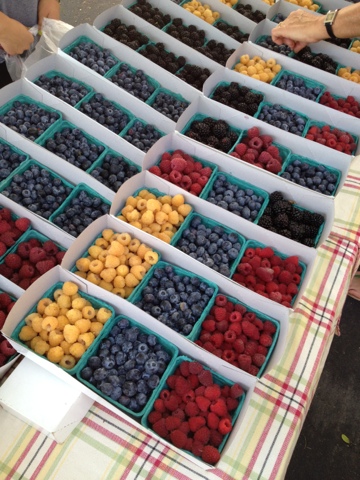 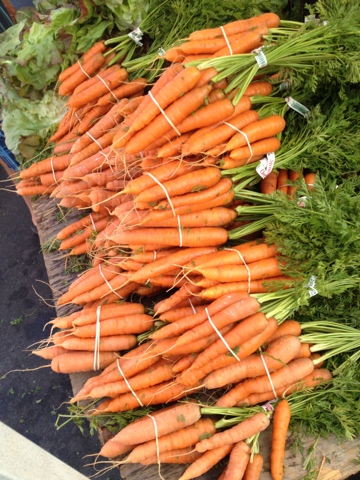 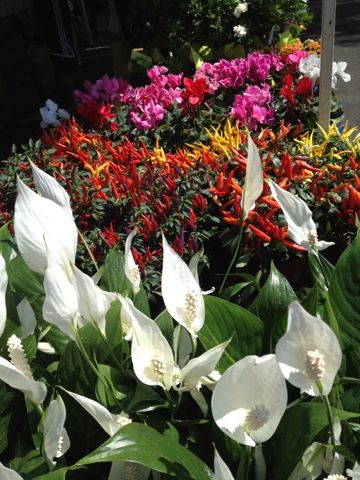 We walked down State Street to Cabrillo Boulevard.  I wanted to pay respects to Sonny's Pizza, which I have mentioned before, was the best pizza in the world, but is no longer there because another restaurant, which was also sadly not in operation, took it's place.  But there is the little spot where it used to be. 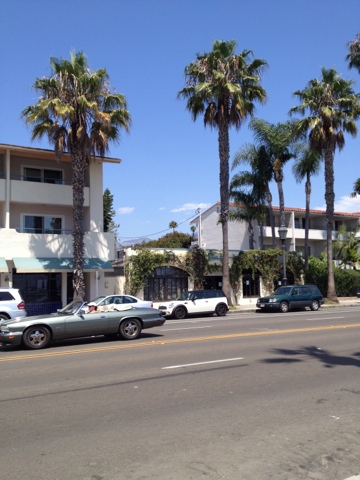 Sonny's was right under the ivy. I worked there for two summers in high school. When work was slow  I would stand in the door way and watch the ocean.  That job was like a dream. 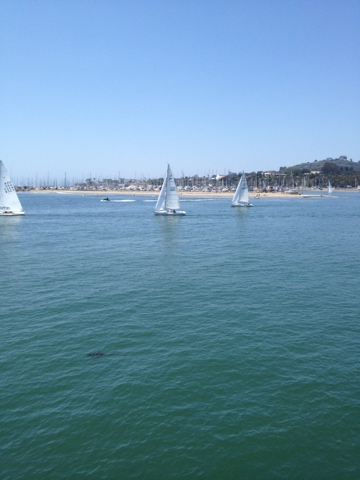 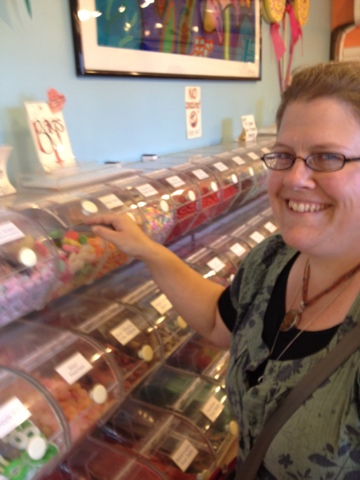 The candy shop on Stern's Wharf where Sister Haws, our beloved early morning seminary teacher, would go to buy us candy on our birthdays. I bought the candied grapefruit slices that I used to request. They tasted just like my sixteenth birthday. That was just one of the many ways that Sister Haws made us feel loved.  Amy bought some chocolate, which was nice enough to share.

We decided not to eat on the Wharf and instead we walked back up State Street to the India House eight dollar lunch buffet. 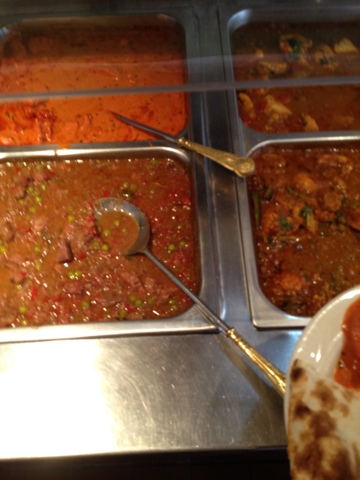 The food is not the absolute best in the world but the atmosphere makes up for it.  I love any restaurant that makes me feel like I have taken a little vacation to another time or place. 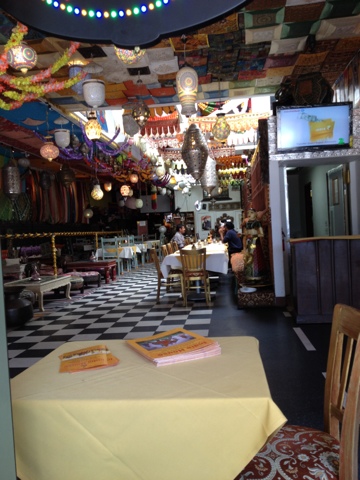 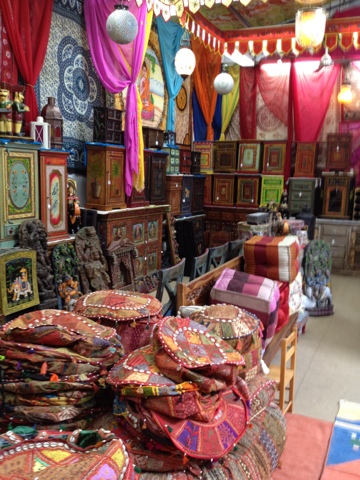 I want to buy one of those elephant pieces next time.

After lunch I couldn't resist investigating The Little Rainbow Foot Spa that I noticed as we passed State and Haley.  I am always drawn to any reflexology spa where the practitioners only speak Chinese. I treated Amy and myself to a forty-five minute session of traditional Chinese foot massage. It was incredibly relaxing and  almost as wonderful as my most favorite place, Le Spa at the clubhouse in River Gardens in Beijing. Brought back happy memories...made new ones, my favorite combination.
Next we decided to drive up around the mission and up to Alameda Padre Sierra the narrow and scenic road that winds along "the Riviera" on the East side of Santa Barbara. Amy showed me a park that I had never been to before. 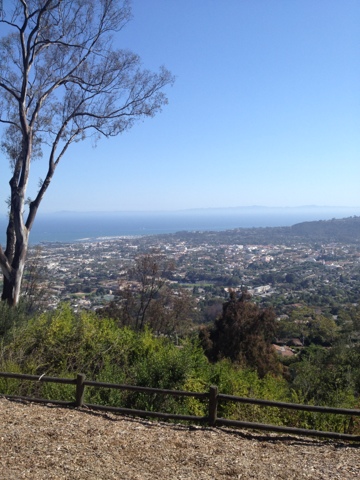 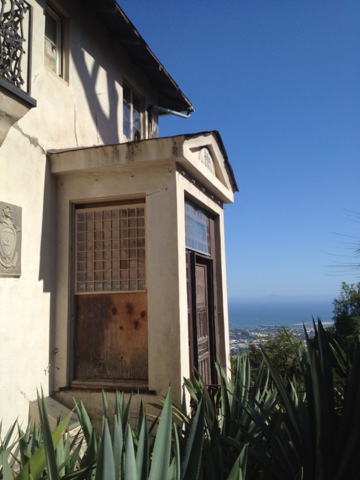 Franceschi park is about 15 acres of plant and animal life, appropriately named after an Italian horticulturalist Francesco Franceschi.  There are gorgeous views, intriguing old statues and this fascinating old home that was given to the city of Santa Barbara in 1931. 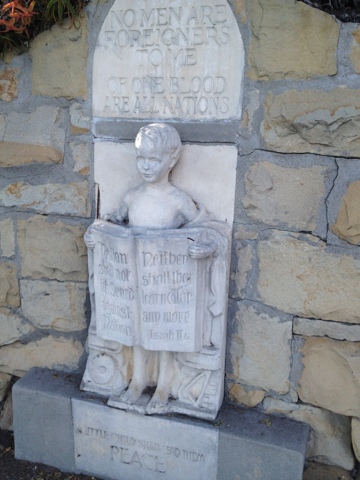 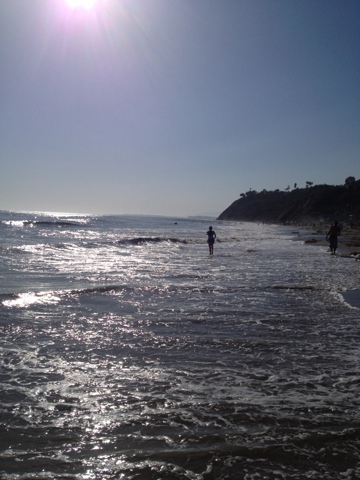 In the evening we drove to Hendry's Beach...though never the same without my dog Cody,  it is always beautiful in any season and at anytime of day. 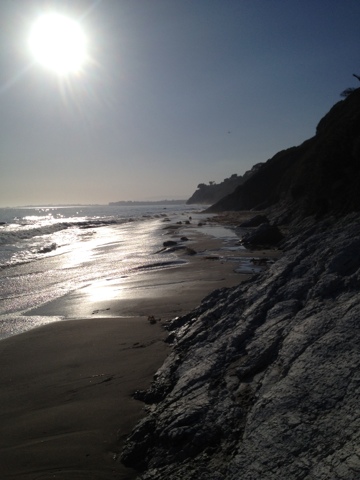 The place I imagine when I am trying to think of nothing at all. 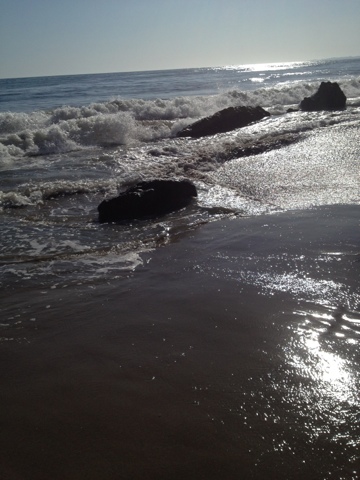 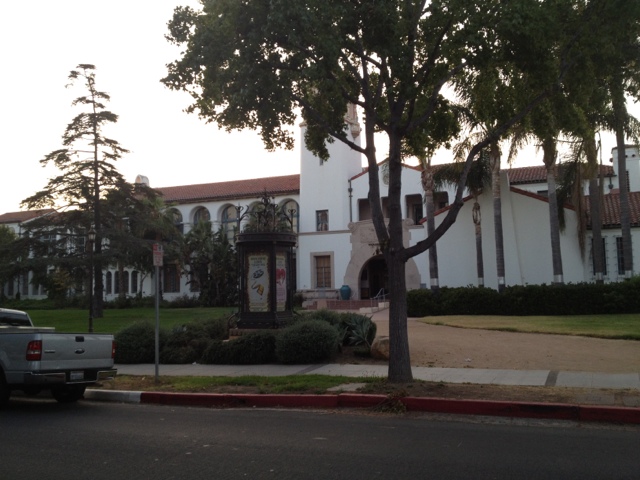 We drove passed our Junior High on our way back to Ventura. 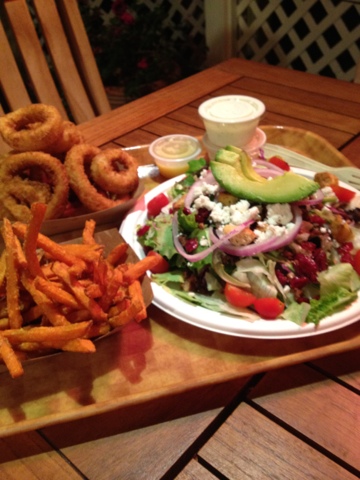 All the park exploring and beach walking,  were not just for meditation. We also needed to work up an appetite for dinner at another favorite place,  Padaro Beach Grill in Carpenteria. That salad was so amazing it needed a close up. 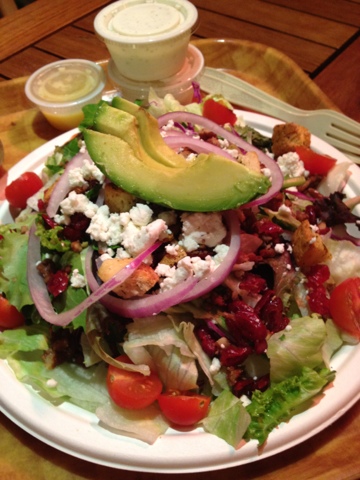 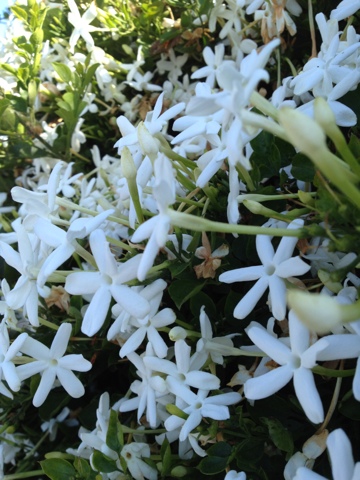 Sunday morning I met up with Granddad again. We said good bye to Amy and the beautiful California ocean air, and palm trees, and jasmine, and we drove home to Utah.

Sunday evening about nine o'clock we pulled back in to Granddad's driveway, and I walked around the corner to where Rob was staying with the kids.  It was a wonderful weekend, and I think the best part was running through the sprinklers to my home, past the kids' favorite apple tree,  passing familiar toys and shoes in the yard, anticipating William's "Mamma!", wondering how Sophie had changed in 72 hours, and returning to everyone's hugs and hellos.

Love the pictures! and loved even more spending the weekend with you! thanks for a wonderful visit!