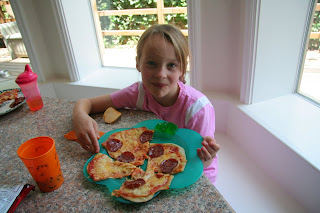 Sometimes when Olivia is looking forward to something she'll ask me, how many days until we go to the U.S., or until she starts first grade, or until her birthday, or Christmas.
I say "two days," or "two weeks", or "two months."
And she says “Oh. You mean like one, two?”
I say. “Well, I think it will be a little longer than just one, two.”
But the funny thing is, when I look back on time that’s what it feels like to me. One. Two. How did we get to Friday? How did we get to the end of June? Do I really have nine children? How did I get to be thirty-seven? It was like “One. Two.”
So Father’s day was nice. Sam and Rob made jumbalaya together and Sam made cream puffs for desert. I was impressed. 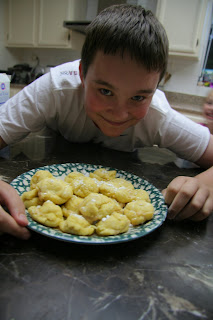 There were many homemade cards passed to Dad and I bought Rob a Pete Seeger book and movie that Kyle will enjoy watching too. I am sure that Kyle is Pete Seeger’s biggest nine-year old fan. That is still coming in the mail. I would not live in China without Amazon.
Monday is what I can’t remember.
Tuesday was a big day for me. I met Jessie at a recording studio. If anyone cares to read details you will have to check out my very lonely music blog. I even have pictures.
I will mention that the taxi I was riding home in got rear ended and of course the driver had to pull over and inspect and re-inspect and haggle with the other driver. I was grateful that it was a minor accident, in light of the very sad news about the D.C. Metro train accident.

Tuesday evening Rob came home with some news about his next job. I won’t give the details until the decisions are final.
Tuesday was a day when things felt like they were all moving forward. Wednesday was more of a housekeeping day. We did go to the pool and ordered French fries and icecreams right before dinner time, even though the kids were being a bit grumpy... because I am nice.
Thursday I hosted playgroup. The kids love that because they know I’ll stock up on good food. Here is Sam appreciating the spread. I let the kids roll out the dough and put the toppings on their own pizzas. 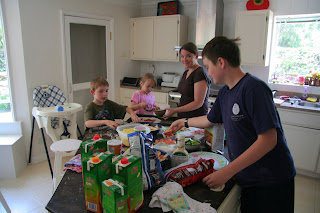 Friday, another day that flew by.
Saturday morning Sam got his wish. We went to Megabox to see Star Trek the Next Generation. I was embarrassed to find myself getting teary-eyed in a few scenes. Who would have thought? 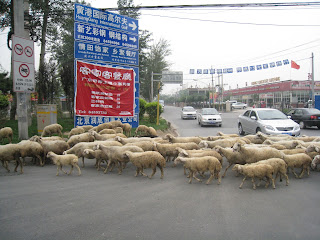 I took the picture of the sheep on our way into town. They live near our home so we see them frequently, but we still get excited about sheep in traffic.

Saturday evening Rob and I went back in to Beijing to record our guitar songs at the studio. We had Vietnamese food for dinner.
Now I'm to Tuesday night. Sunday and Monday were "like one, two." I'll just include these pictures of Monday's Mission Impossible obstacle course, made by Sam and Olivia. We even have the theme song on our ipod. You've got to imagine it when you see the pictures. 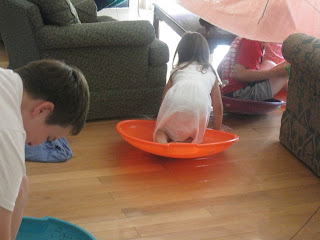 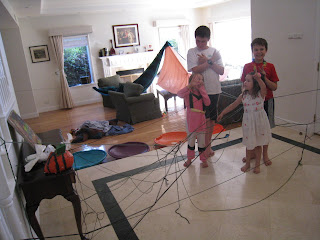 I know what you mean about "one, two." I think it's important to stop and think about all the other numbers in between then and now, too. It's amazing to see how successful you and your family are in your various endeavors. I miss your bright and encouraging way in my life.
Love, Kristina

I found your blog when searching for Foreign Service blogs, and then noticed that you also had a link to Olivia Miekle's blog on your side bar (we knew each other in North Carolina).

Anyway, we are headed to Beijing August 2010 and I was wondering if I could ask you a few questions about FS life in Beijing (housing, schools, transportation, etc.) My email address is shylycentralrain@gmail.com. Thanks so much!

P.S. Your family is very cute!