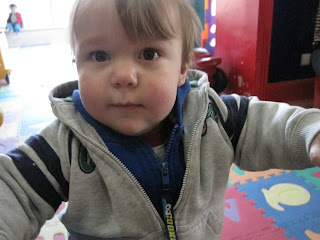 February 2, I don't know whether our Beijing ground hound saw his shadow or not. I hope he didn't see me still trying to get our Christmas tree and decorations put away. That would surely give him the sign of six more weeks of winter. I miss Santa Barbara, where the winter ends on January 2, when the fake snowman under the palm tree starts to look ridiculous.

February 3, William is fourteen months old! "William walkings" began several weeks ago, but were too rare and unexpected to catch on photo. Out of the corner of my eye I'd catch a glimpse of two out stretched arms under two rigid legs in halting movement. When I'd exclaim "William's walking!" he'd quickly drop to his knees. Now he is quite confident, though still resembles an old-fashioned model robot. 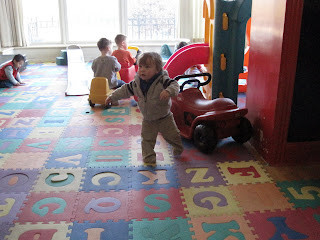 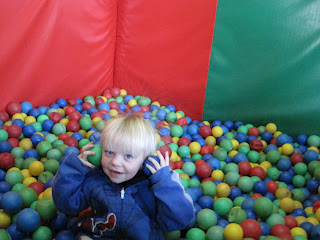 This is Swei. (I have no idea how to spell that.) We're going to give her a try and let her give us a try this month. She is new to being an ayi, but very earnest and kind to the kids. 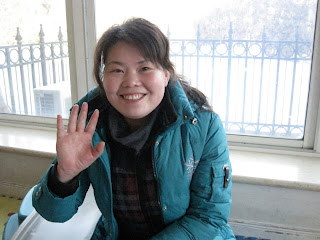 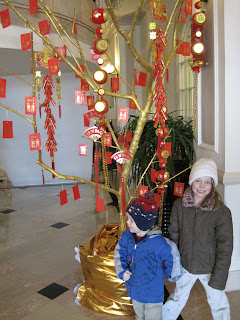 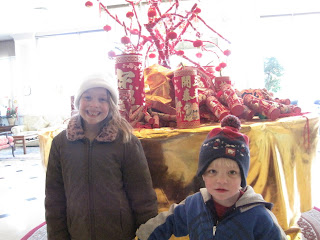