Tuesday December 21, my mother's to blame for this. 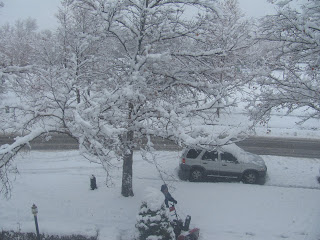 Weatherman said rain. My mom had to want snow so she could get all booted and bundled up and slosh around Christmas shopping on foot for four hours Tuesday, just to prove she's still a Maine-uh.

Meanwhile, my Tuesday was all about the highly anticipated Christmas program at the elementary school, and the parties after, and I signed up to bring treats, that kind of a day.... the kind of day when you wake up and don't see snow with idyllic thoughts.  So I ended up getting the littlest kids loaded up and buckled in and even managed to pull out of that pile of snow plow refuse you can see there, though that's not my vehicle, before the school bus even arrived.  That gave me an unanticipated notch of credibility with the kids.

Did I mention that I don't love driving, particularly on partially plowed, slushy, icy, don't- let- me- get- stuck here- with- mine- and- the- neighbor's- kids- roads?  That was my Tuesday morning.  Won't give you the entire itinerary, but will admit, for biographical purposes, that for my (almost) twenty-five licensed years I've chickened out of any situation of stressful snow driving. I claim to be a California girl when the circumstances warrant it.  But, it felt pretty good to face my fears for a change. Anyway, I'm a die-hard about Christmas programs.

Olivia's back there somewhere.A great rendition of The Twelve Days of Christmas. I saw Olivia's head pop up for the two turtle doves.  Kyle's class also presented a jazzed up Twelve Days.  Mary sang in Spanish.  Bethany sang about Santa's cold.  William ran around the school while I tried to lure him back with a pack of sixty miniature candy canes. 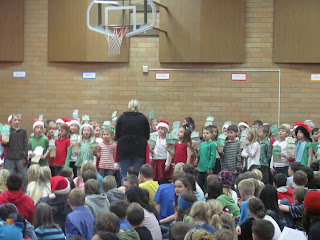 Tuesday was also about getting ready for Rob's arrival.  I tried to clean and as usual Grant and William saw to a different agenda.  Kyle is always of the mindset that we shouldn't put on airs, since Dad already knows our house is always messy. And I just respond with...  Nonetheless.

So Tuesday was my first time to pack the kids up and send them off with Rob...call it the end of a chapter, or beginning of a new one. Co-parenting. How's that?  The kids couldn't wait to see him and couldn't wait to see their cousins up in Salt Lake. Thanks to Aunt Judy and Uncle Jeremy for agreeing to house seventeen children, our ten and their seven, for three days. I hope they survive.

I was grateful that Rob shoveled the back porch, that was thoughtful, while I saw to the packing that I should have known would take several hours, but tried to throw together in minutes.  So it was a chaotic departure, but that must have felt like a homecoming for Rob.  Standing in the silence after they left, I could feel the walls still vibrate from the excitement and kid commotion that had just passed through, like the ringing of sound waves after the final cadence of a climactic orchestral movement.

I went to the Relief Society dinner.  Was grateful for the opportunity to sing. And I'm not just saying that..so I guess I've made progress.  I wasn't too nauseous to eat and enjoy the company before the program. That's progress.

I guess Rob got worried that I'd died from the shock of too much quiet so he had Ben call to check on me Wednesday morning. I was just trying not to be a butt-in-ski (one of my favorite words, though I'm not sure how to spell it.) Just honestly enjoying handing all the responsibility over to Rob for a few days..a much needed break from the stress of wondering what William is getting in to.  By the way who got a hold of my camera? 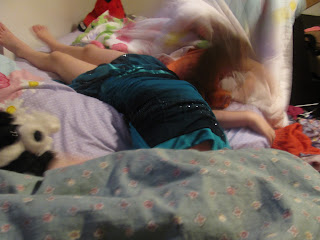 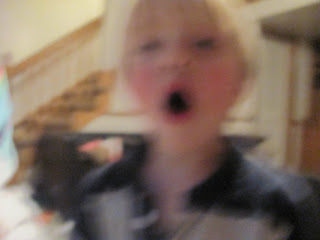 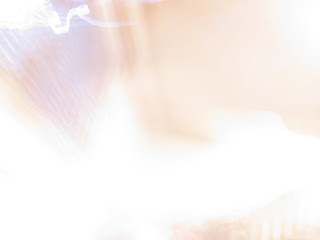 I love this one. It looks like someone was having a near death experience.
I spent Wednesday cleaning and studying up about e-bay business, waiting for a call from the e-bay coach. So far no takers on the rubber chicken, so I guess Ben's getting it in his stocking after all.
Posted by Megan Raines at 6:02 PM

Sounds great! Enjoying some time to yourself! Merry Christmas. :)

Merry Christmas to you too! Thanks for visiting the blog!

I'm totally with you on the snow! Which means northern Italy might not be the best place for me, I guess.
What a shock, I'm sure, to deal with being temporarily child-free. Good luck! And Merry Christmas!