I have been planning to change my blog header for a some time now, since as I wrote last time, our baby is not really a baby anymore. So last spring, in the absence of matching blue button down shirts, I thought about taking a picture in Easter clothing, and realized, once again, that Sunday best doesn't always encourage best behavior.

It makes me think about the time in family history, when during our first stay in northern Virginia, we were scheduled to make an appearance at the State Department, down in the Foggy Bottoms in Washington DC. The people in charge of assigning new foreign service officers to their first post wanted to get to know each of the families, so they could assure a good match.  I dressed our then four little ones, between the ages of six and not yet two,  in their best church clothes, including as I specifically remember, the boys' stiff, surely uncomfortable, brown Sunday shoes, because I thought it would help them make a good impression.

Upon entering the large crowded building, and successfully passing through the maze of security, six year-old Sam, our gadget man even then, was immediately drawn to a simple wooden pedestle topped with a large and glowing, red button.  His youthful hand reached out to explore its function, and immediately a guard darted toward him to stop it.

"That evacuates the building!" He said.
Colin Powell and all. We were off to an interesting start.

We walked down and around the long, hollow, basement hallways to the little tomb of an office where we waited past the point of good mood or manners before we were called in for our turn.  I remember how confined we felt as we finally filed in the room.  I was enormously pregnant with Olivia, who was born shortly after, and Kyle and Bethany surely struggled and shoved to conquer the remaining territory of my lap. I am sure that Sam, who inherited his mother's fascination with what's-for-lunch, had that on his mind. Stomachs growling, heads aching, brown shoes kicking, some crying, the rest barely smiling, we turned our list of twenty-five would- be posts over to the interviewer.  He had no problem with our top choices, mostly in China, as I remember. He smiled with approval at number twenty-five, Ciudad Juarez...suckers, and then grew concerned as he looked down at the eastern European countries on the bottom half of the list, the posts where he, not being the biggest optimist ever, probably assumed we would be placed.

"Vilnius," he said.
"Too cold."
He looked at me. "Can you imagine being cramped up in a tiny Lithuanian house, with your children, in the dead of winter?" he asked.
He seemed to have a good imagination.
"Take it off the list," he said.

His point was well received, and we agreed to investigate an alternative post.  Port-au-Prince, Haiti was his suggestion. Upon our research we decided he must have secretly hated children, if not all children, then ours at least.  And as we feared from reading about the civil unrest and violence at the post, a few months later the country was in a coup d'etat. Maybe he thought we would fit right in.  I think we might have left Vilnius on our list. I can't remember. 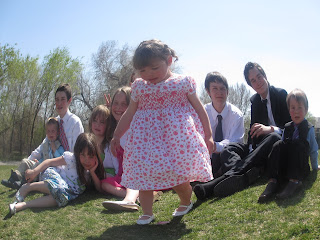 So back to 2012.  This behavior hardly compares to a coup-d'etet. You can see that everyone, minus Sophie, is trying to appease their mom, this lady with a camera, who knows nothing about how to photograph large groups of children, even her own, but is too cheap to hire a professional.

We'd been to three hours of church. They were hungry, tired of being dressed up, and wanting their Easter baskets yesterday.  So who is to blame?  Me. These pictures, as beautiful as they are, and as good natured as these kids were trying to be, are another reminder, like that day in the Foggy Bottoms, that I should have been more concerned about their comfort than a good impression.  I'm sure there will be more reminders to come...but someday I will catch on. 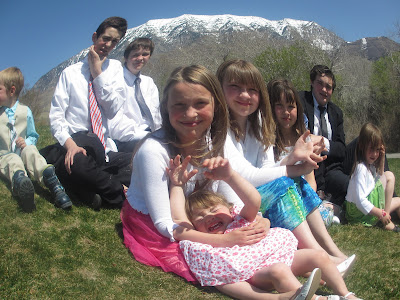 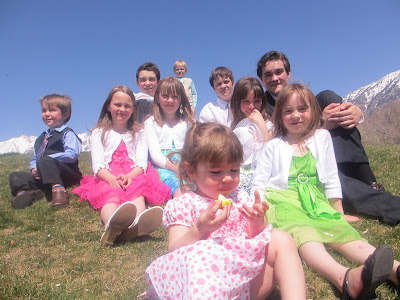 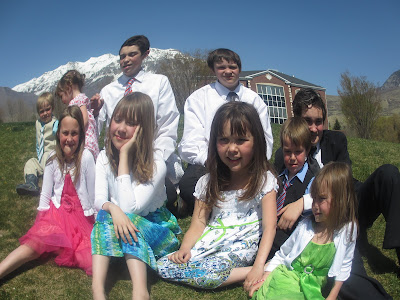 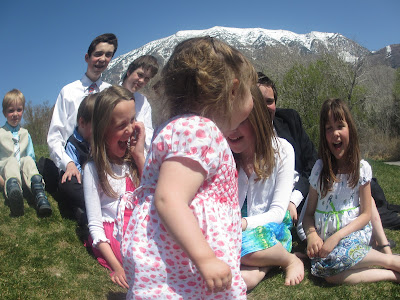 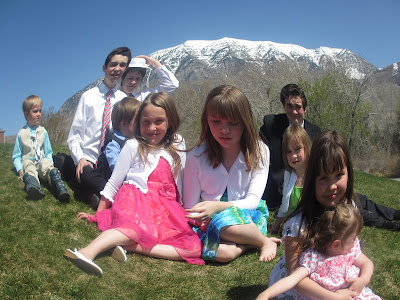 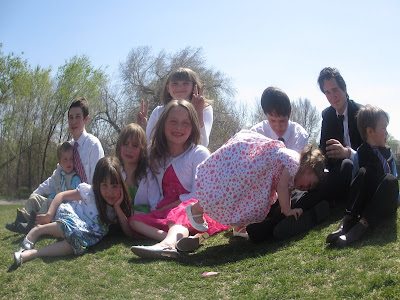 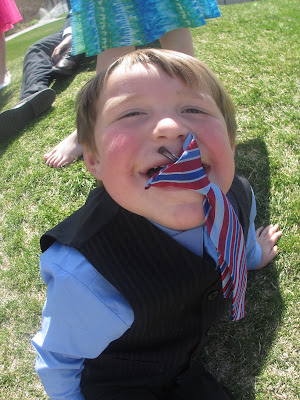 William through the fish eye. 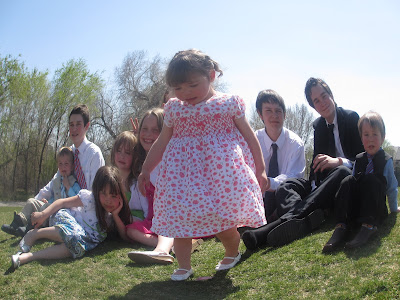 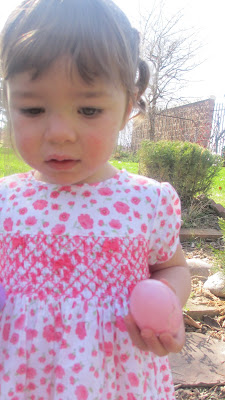 Here are a few pictures from the barbecue we had at Granddad and Lala's house, Easter 2012. 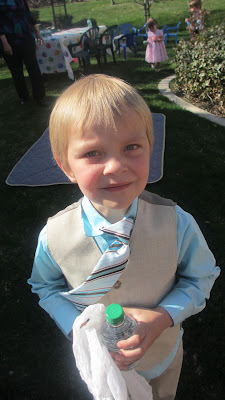 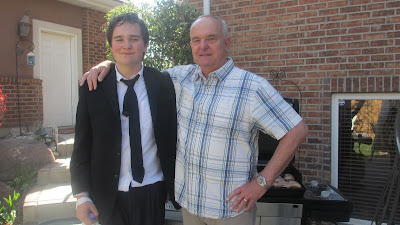 Sam was looking like Quentin Tarantino here,  and demonstrating that he is taller than his Granddad now.