August should be an idyllic bowl of peaches on a kitchen counter ripening to perfection, but this harvest season has turned my kitchen into a mixed metaphor from a ninth grade reading list: The Summer of My Flies.

And I had always thought about the song I Know an Old Lady Who Swallowed a Fly, as at worst, morbid in its condemning prognosis, and at best, as a statistical and logistical impossibility, until this summer.  Maybe it's the always open doors combined with the pungent odor of the rabbit cage, dirty diapers, and peanut butter toast crumbs on every square inch of the carpet, wood, and tiles, that makes them feel so welcomed here.  It would be stomach churning, though accurate to report that we have found dead flies floating in abandoned glasses of milk on multiple occasions, to the point that "look before you drink" has become a principle of survival.

Here is the worst thing that was so repulsive, I knew I had to write about it.  It turns out to be my comeuppance for annoying my children repeatedly with my favorite adage you catch more flies with honey than vinegar.

I don't know who alerted the fruit flies that there was a bottle of apple cider vinegar with a missing cap on the top shelf of my bathroom closet on the second floor, but someone did.  And since when I got ready for bed last night it was pretty close to midnight, and since washing my face with apple cider vinegar and a cotton ball has become so second nature to me that I hardly pay any attention to what I am doing anyway, I wondered what had made my cotton balls so dirty when I noticed I was actually spreading little black clumps of something all over my face. Then, with horror, I looked at the bottle of apple cider vinegar. My miracle tonic, anti-aging, anti-inflammatory, anti-everything, cures anything that ails you and your skin, apple cider vinegar was filled with tiny fly embryos ( for lack of any knowledge of fly gestation terminology) and the mama fruit fly who had felt so welcomed there, had birthed her children right in the middle of my beauty regiment. My disgust was followed by gratitude as I thought about how long I had been thinking about adding drinking a swig of the vinegar to my routine.  Ironically, I had heard it helps you live longer. Thank goodness I  postponed that one more night.

But this post wasn't really meant to be about flies, but rather about more endearing creatures, our rabbits. Which brings up a question that I have had for a long time, particularly since the day I found a couple of my children playing with Guangzhou sized cockroaches on the way to the school bus in China. Why is it okay to play with lady bugs and caterpillars (but not the poisonous ones...that's another Guangzhou story) but not  cockroaches?  Why are some creatures condemned to the realm of the disgusting, and others are charming and cute? I haven't answered that, but as to not discriminate, I never watch Animal Planet at dinner, no matter what the animal being featured is. I don't want to admit that one is less appetizing than the other.

Back to the rabbits.  I found these long lost pictures of our bunnies, whose birth I reported, but never posted pictures of their cute infant stage, or even cuter toddler stage. 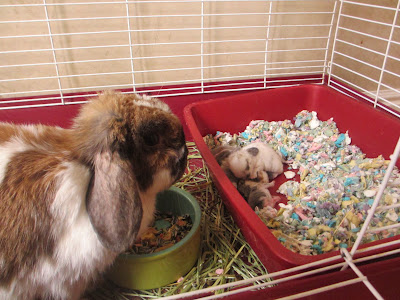 This is when I was afraid Cocoa had post-partum depression. 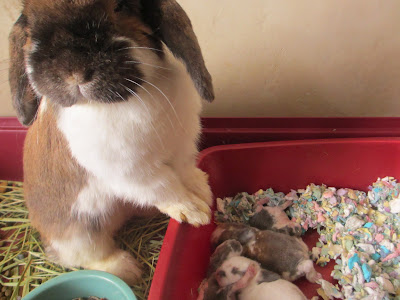 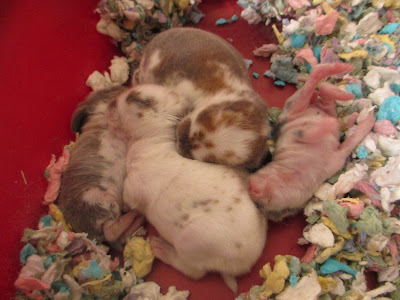 That little one passed away the same day I took the pictures.  We lost two of the five. 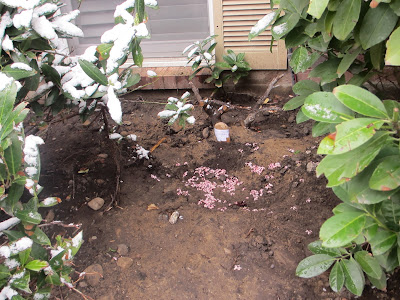 It seems we have had a lot of pet funerals over my years of blogging.

These pictures were taken by Kyle in the spring. 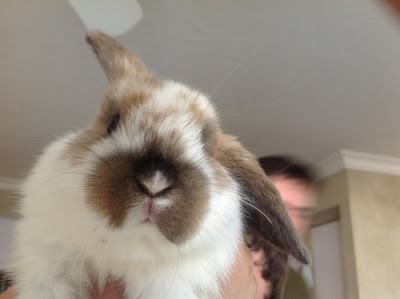 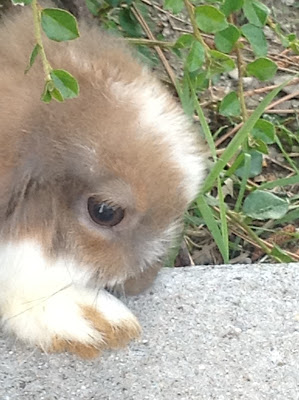 And here they are grown to present day maturity.  I guess I should not have been surprised by the amount of money and energy it requires to manage their cages.  When I think of rabbits I think of productivity both of offspring and output
. 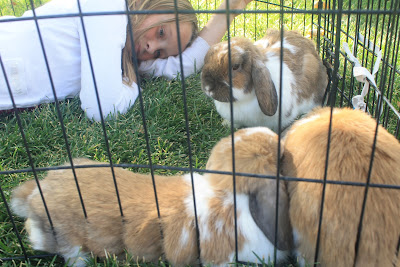 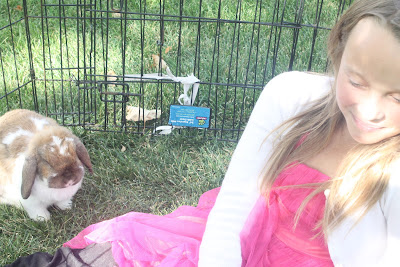 I could say this was also the summer of rabbits. Cleaning their cages was a daily requirement and so we tried our best to follow a schedule of who cleaned and who sat or stood by their play pen in the front yard, particularly guarding Cocoa, the Mama, who would regularly escape from its confines and play fugitive in the bushes. Even though who's day is it often became a hot, contentious, debate, there were few occasions when getting up off the couch or away from the x-box, and going outside failed to bring about a better mood.  Whether to scrape rabbit poo into our just for the rabbits trash can, or to just sit and play with the rabbits and the crowd of neighborhood children that would often gather, it was easy to see the immediate benefit of work, particularly serving a smaller creature. 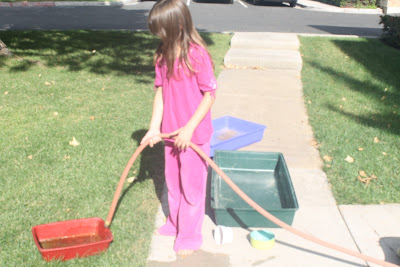 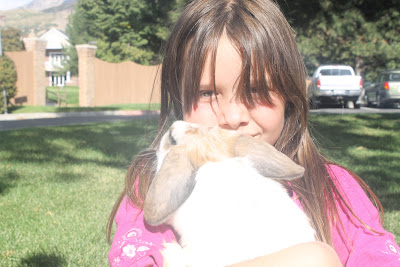 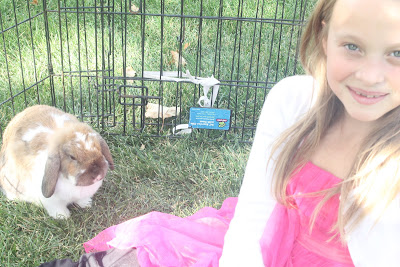 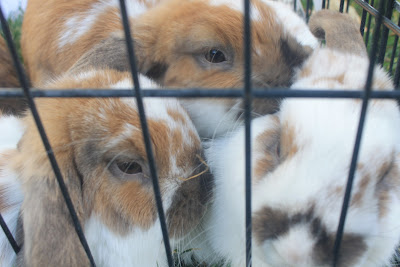 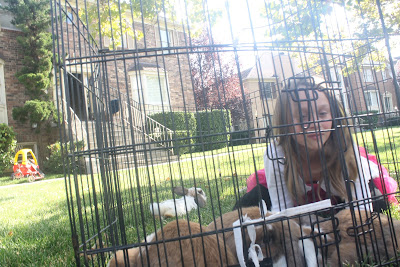 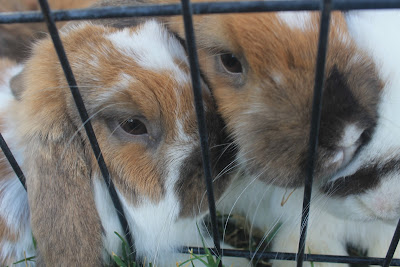 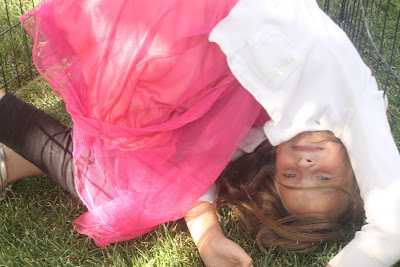 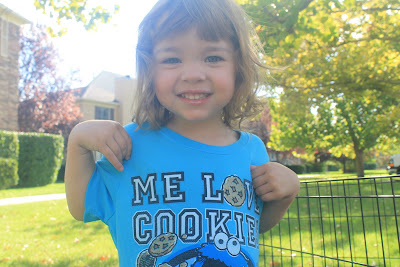 So how many rabbits are there in total? Are you keeping all of the offspring?

Hi Zoe! We have still have the three babies and anytime I bring up the subject of giving one or two away I get in big trouble...so it looks like they are here to stay! Take care!!