There were so many days to be grateful for in May and June.  For the sake of family history, and in the spirit of self-indulgence, I'm finally posting my summer archives. 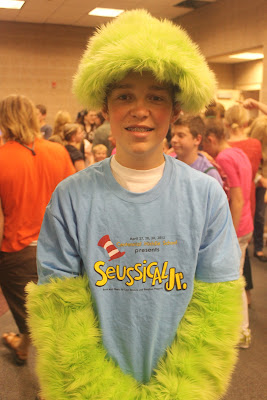 As the end of the school year approached, Ben performed in his middle school's production of Seussical Jr,


The Grinch is a small role, but with lots of on-stage time, and a short solo.  I was impressed by Ben's confidence and excited to hear him sing. I could possibly be the only person with this problem; I don't actually cry when I watch Suessical Jr. I weep.  I can't hear Horton sing I'm alone in the universe without uncontrollable tears. I think it could be the companion song to the Red Hot Chili Pepper's Under the Bridge. Just a thought. Now, as it turns out, the girls will be in yet another production of Seussical Jr. this fall, so I may start counseling now. 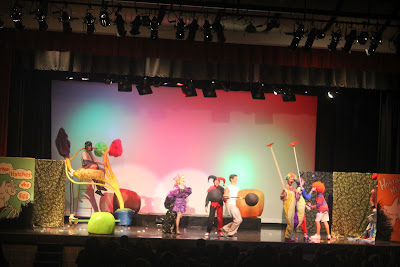 There he is with the barbells. 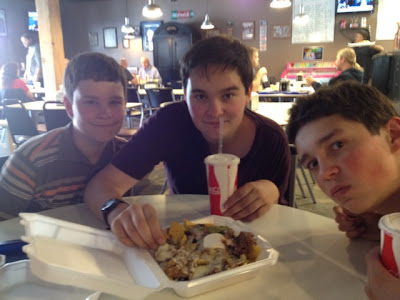 In May, Kyle graduated from elementary school, none too soon, in his opinion. Ben finished middle school, and Sam completed his freshman year of high school. This was our celebration lunch at one of our family traditions, Diego's Taco Shop. 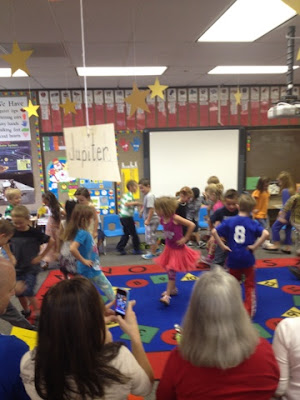 The same day the kindergartners held their end of the year performance with lots of dancing, singing, and recitation.

As school ended the sleepovers began, and became so frequent, and politically charged, they had to be outlawed. 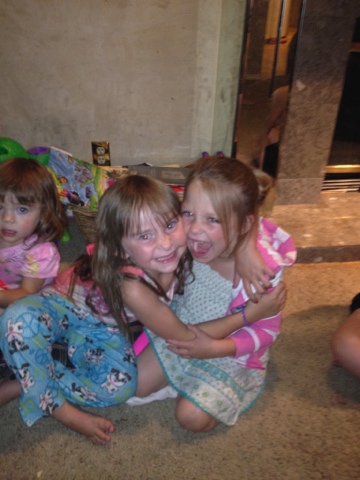 And the lessons I vowed to make happen began as well. It felt like I spent most of the month of June in the van. 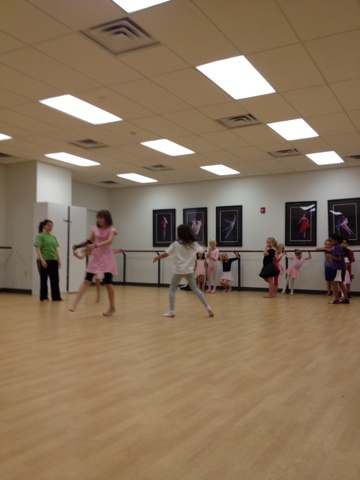 All the big girls had dance class. I forced them to be in the same class to avoid too much driving or hanging around. Bethany may not forgive me for that. We'll see. 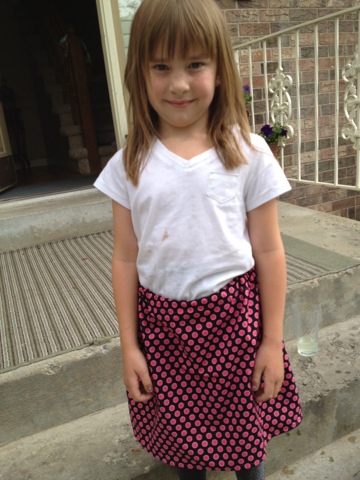 Caitlin went to a week of sewing camp. This skirt was one of her projects. 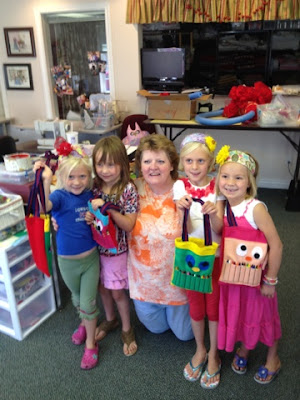 This is our wonderful Miss Jenny. Her school is called Thimbles and Threads.  I never imagined I would take a daughter to sewing lessons every week, but Caitlin's good friend was going and invited Caitlin to come along.  Caitlin has had so much fun, and came home with so many cute creations, now all the sisters want to go. 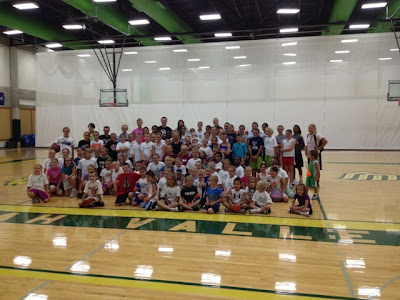 Mary and Olivia went to three days of basketball camp at UVU.  The girls loved their coaches, and Mary is excited to play basketball again this winter. 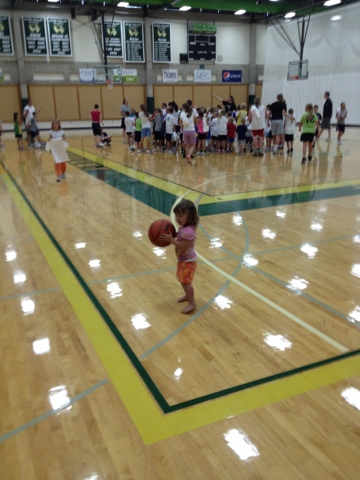 Sophie was inspired too. 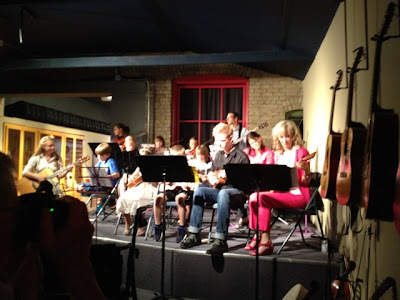 Ben, Kyle, Bethany, Olivia, and Mary went to bluegrass camp. This was their end of the two weeks performance. It was a blast. 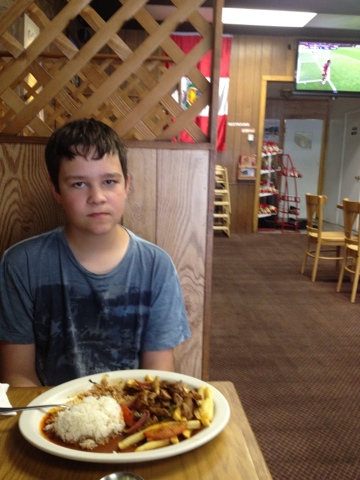 And while I am in that neighborhood, Kyle had been a huge help to Grandma Martha while I was away in Colorado, so to thank him we went to his favorite restaurant, Se Llama Peru, on Center Street in Provo.  It is located next door to the Great Salt Lake Guitar Company where the kids take music lessons.  In the cold months, I am easily persuaded to stop in for two to-go cartons of their delicious french fries that they serve with a wonderful spicy green chili sauce called aji verde. I asked the waitress for their specialty and she recommended the lomo soltado. It was amazingly savory. 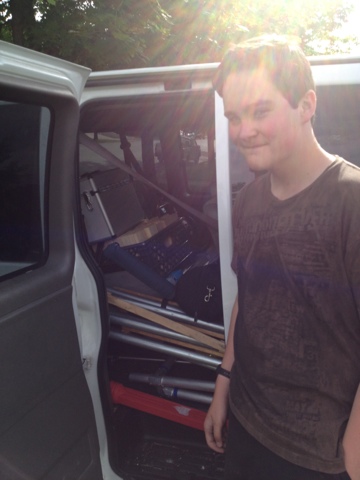 Sam didn't go to any classes in town, but discovered an affordable video equipment rental business called Underfunded Productions in Provo. He spent the month of  June experimenting with new equipment and working on a short movie with his siblings and friends. He was also the only one in the family lucky enough to stay at a Marriott this summer. He flew to San Antonio for with his teacher and classmates for the FBLA nationals.  He had a great time touring San Antonio, especially the Alamo, Ripley's Believe It or Not and Six Flag's. Sam really deserved some fun time away. 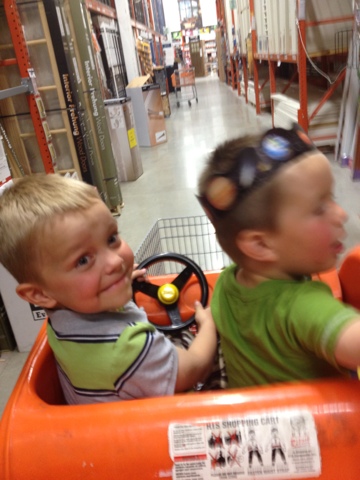 Sam experimented with building some of his own equipment too, so I spent a lot of time wandering the aisles of Home Depot while he gathered his supplies. 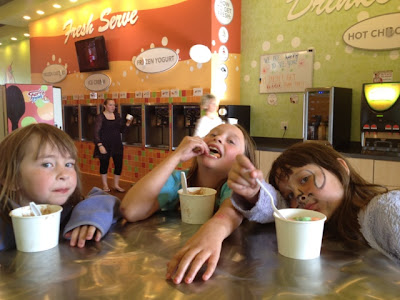 I had some mom and daughter time with the girls, Farr's Fresh and MIB 3. I cried in that too. 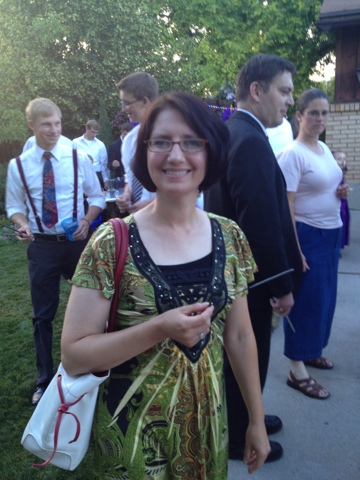 My college roommate Kathy came to stay with us for a few days because our roommate Carrie was getting married. 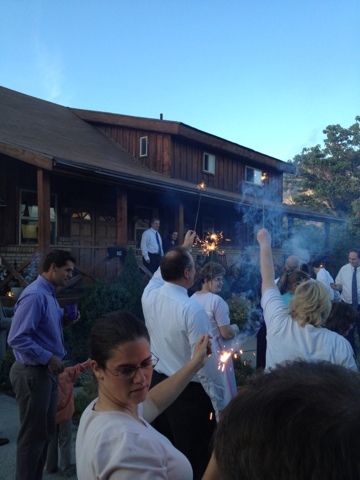 I was grateful to see them both and be a part of Carrie's happy day. 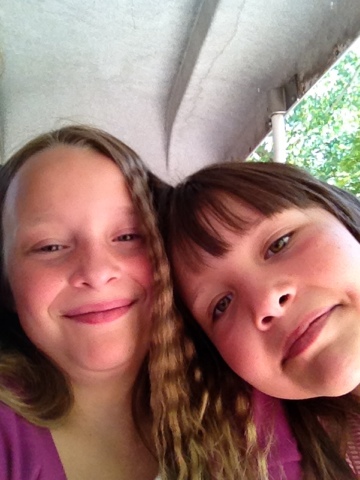 Kyle and I took the younger kids to the zoo while Sam, Ben, Bethany, and Grandma Martha went to the long awaited Utah opening of Moon Rise Kingdom at the Broadway theatre in Salt Lake City. I saw it later and it became one of my new favorites. 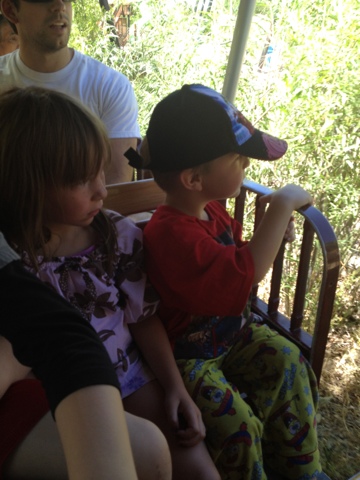 I just realized William wore his pajamas to the zoo. 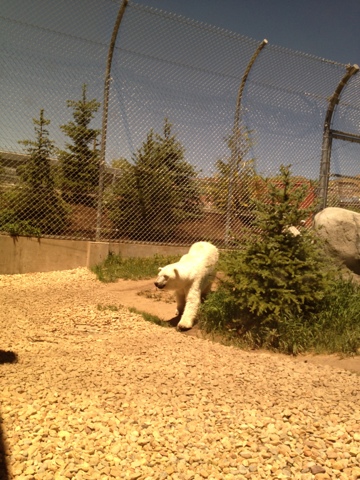 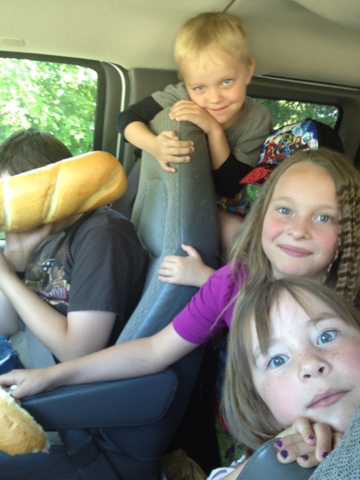 Picnic in the van. 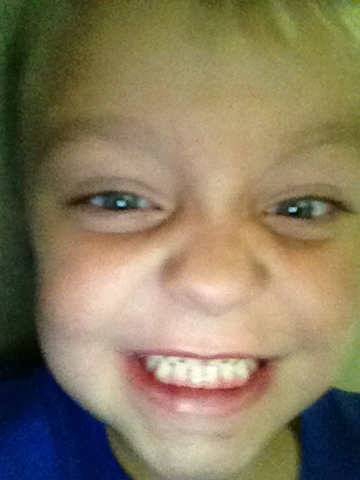 Grant spent too much time playing with my phone and other electronics. 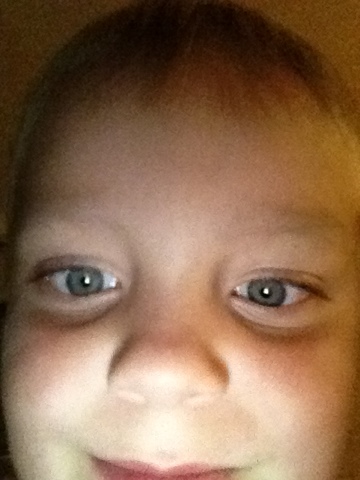 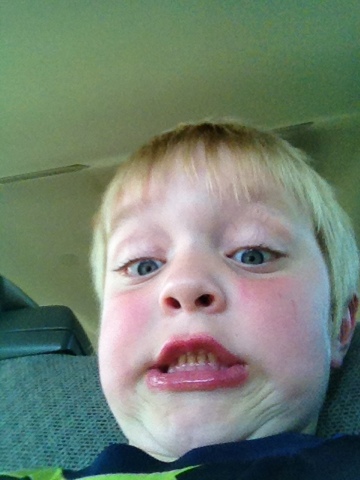 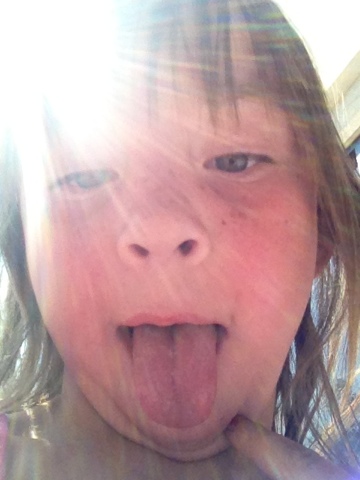 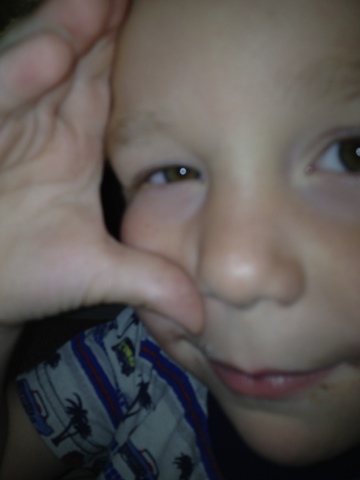 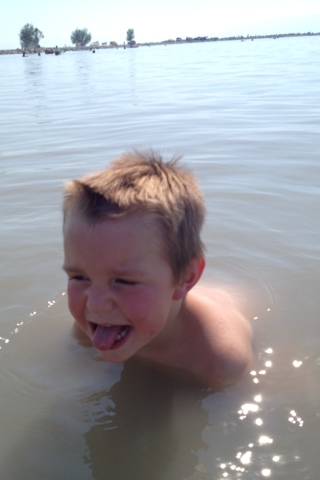 So I attempted to relieve them of their addictions with outings like this to Utah Lake. This one didn't go over so well. It was too hot, the air was thick with smoke from the fires, and apparently Utah Lake is creepy. But I was grateful they were willing to check that off my summer to do list.  I would love to go back with happier kids and kayaks.