Saturday night was decidedly Halloween in our neighborhood.  As the costumes went on, and friends arrived, the clouds grew heavy, the wind blew leaves off trees, and rain started to fall.  I ran to ShopKo for ten umbrellas. Paid over a hundred dollars but it made the rain stop, as I suspected it would. 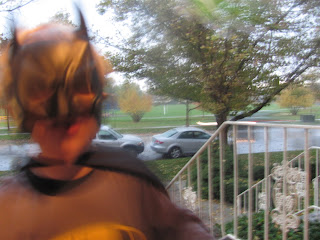 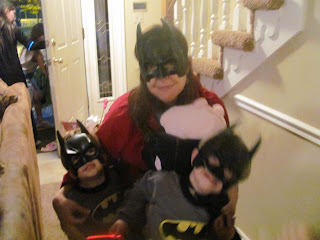 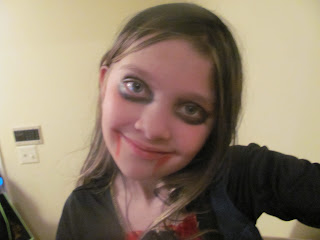 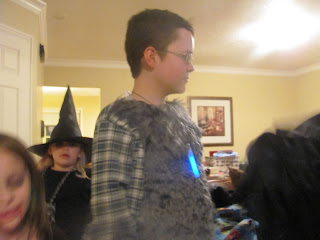 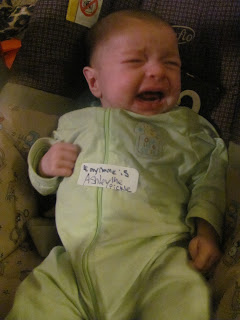 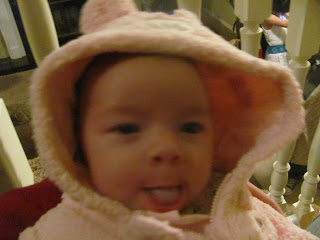 and the pink teddy bear. 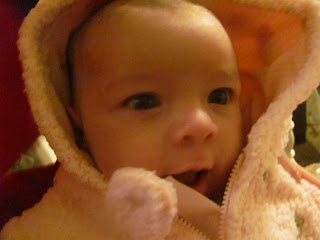 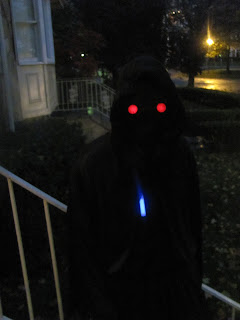 William was traumatized by Sam's costume, but Sam assured him that he was just the tickle monster. 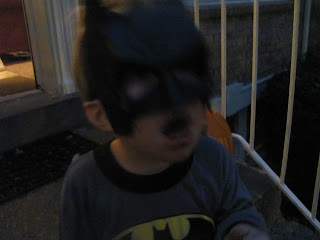 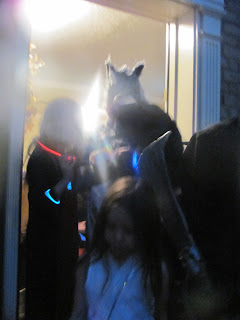 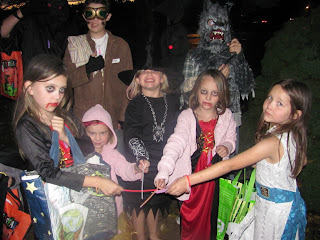 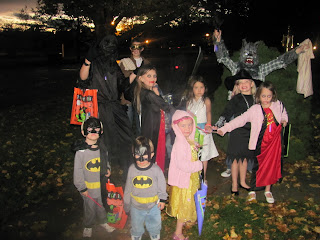 So we were off. First stop was Grandad and Lala's house. Grant, who was joyfully taking in the atmosphere of festivity, announced in to the wet autumn night, with all the presence of one of Shakespeare's players, emphasizing each syllable with a wave of his outstretched arms, "I love Halloween!" 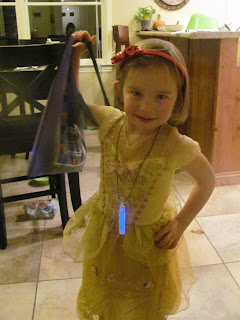 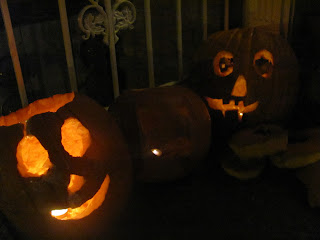