to the kitchen with sam 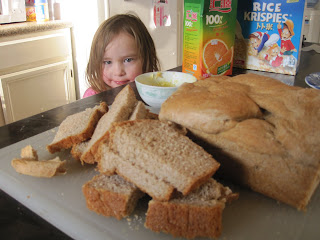 Monday, January 4, Rob went back for his first full week of work since Christmas Eve. The kids started in to their third week of winter break. One more week to enjoy late night movies and sleeping late mornings. I have been grateful that the kids have been so content to have no plans at all. I guess the influx of neighborhood kids has kept the dynamic sufficiently stimulating.

I was happy to hear Sam say that he was looking forward to his new semester classes. He has always needed a schedule and specific tasks or activities. This week Sam kept busy cooking. Monday he made New Orleans style beignets for desert. Tuesday he made Emeril's Alphabet soup and three loaves of Sandra Lane's recipe whole wheat bread. They were perfect together. The bread was delicious for breakfast too. I am going to miss these lazy mornings.

Thursday Sam had planned to make roast chicken and mashed potatoes but the Craigs invited Sam and Ben to go skiing with them, so I took over. I hear skiing just outside of Beijing is a great deal compared to the states. I'm sure the natural setting can't compare to Utah, but the kids had a great time anyway. I sent about two hundred kuai per child along, about 25USD. That included all the rentals, extra clothing, and lunch. It was Sam's first ski trip. Ben and Kyle went skiing with the Carrillo family last week as well. Wish I had pictures of the ski trips!

Friday was more cooking for Sam. I should mention that the kids and I have been asked to be part of a kind of talent show. More about that later. So, Friday afternoon Beijing TV came to our house to put together an interview segment, not sure what to call it, about the family. They found out that Sam loves to cook, so they asked him to make something so they could film him. I intended to take a picture of the crew with Sam. I'm sad that I forgot. I was too eager to eat a chocolate chip cookie. Wish I had one now. The crew was very nice, fun company.

Friday evening Rob went back in to a reception with Chinese bloggers. The kids and I ordered pizza from Tasty's. Caitlin and Olivia were fighting over Sparkle and Harley. (Life was easier when Caitlin thought she didn't like dogs.) I tried to end the disagreement with a doggie photo shoot. 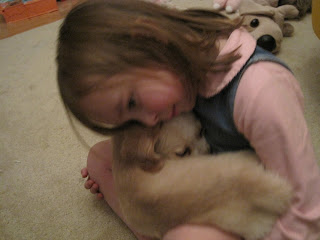 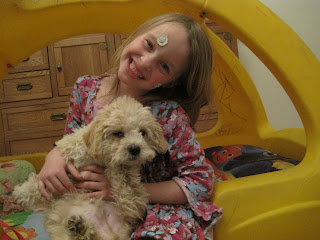 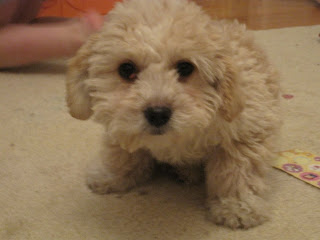 Can you see that Harley has a problem with his right eye? The vet gave us some eye drops and said he may need a little surgery on his eye. Kyle has been our dependable doggie nurse this week, giving Harley his eye drops three times a day.
Posted by Megan Raines at 12:22 AM

I love this picture of Harley. As you know, I'm generally a "big dog" person, but Harley might convert me to another way of thinking. Actually, I don't see anything wrong with his eye. But, of course, he'd know best. Dogs usually do.

Why does food always look so good at your house? What's your secret? I'd ask you to save some leftovers for me but I don't think it would last until we see all of you again.

Megan, I loved your remarks on pets. I'm of the same mind, especially how Judith and I must look steering Baby Bear around by the tail because she can hardly walk. Poor Macduff. He's developing some of the same problems and now needs to be supported in climbing the stairs. But these too are creatures of God.