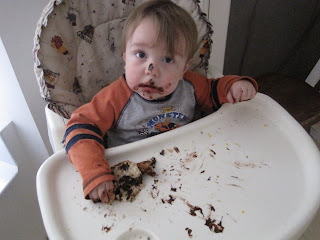 -William's chocolate chip pancake face. I used big chunks of dark chocolate, which I won't do again. The other kids thought they were too rich. Maybe William did too.

-Caitlin's first Primary activity. All the Primary kids got to skate free at the Ice Zone. Caitlin loves to iceskate. She uses the big orange cones for support.

-Our "cast party" after the final performance...a late night McDonald's run with icecream included, take out of course. Sam had to get back to see the The Day the Earth Stood Still. I'm not such a fan of anything with Keanu Reeves.

Sunday, January 17, Rob invited some professors from BYU over for lunch. They were in China filming a documentary about a children's choir from Inner Mongolia. They are planning a joint concert with the Mormon Tabernacle Choir. One of the professors was a co-founder of the Sundance Film Festival. He was very kind. I had Sam show him some of his latest short films.

Sam had fun making these on Christmas morning. He used ideas from a book we gave him called Tricky Video.

Monday was Martin Luther King Day. Thai lunch and webchat. I was grateful to spend the day with Rob.

Thursday, Jessie came back. She has been in WuHan for several months. She will be heading home to Guangzhou for Chinese New Year. We may plan for a recital in March, if I can find a good place to hold it. 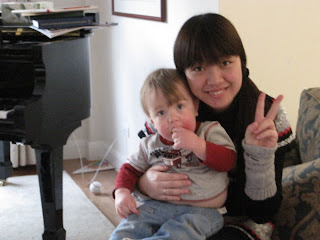