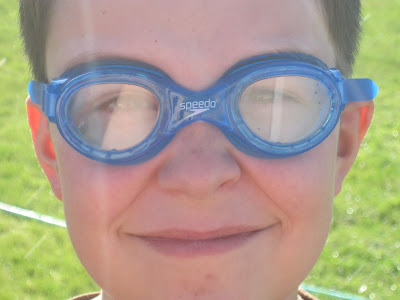 Tuesday morning we responded to the groans of Grandma's kitchen floor, barely audible beneath the layers of spilled milk, juice, and cereal bits. The girls helped me sweep and tidy. I mopped and vacuumed. Caitlin enjoyed cousin Mylee's visit and everyone was excited to open the two Happy Summer packages from Grandma Martha. After lunch (hot dogs... I must have all beef) the girls watched their new copy of Barbie and the Mermaid Tale, the which Caitlin, later and unwittingly, referred to as Barbie and the Holy Grail (sounds like a project for some young movie makers) while I took the boys shopping.

In the evening, we broke out and broke in the new, brightly colored, multiple hosed, mostly gimmicky, run-in-the-sprinkler, sprinkler that I conceded to buying last week. I wanted Kyle to model it, but he wouldn't get near enough because he didn't want to get wet, which made Sam wonder why Kyle was wearing goggles and swim shorts. 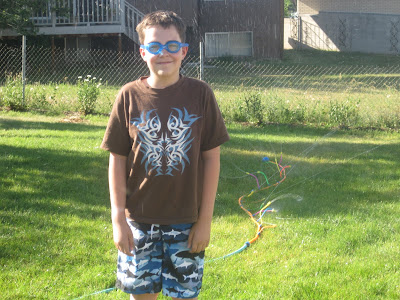 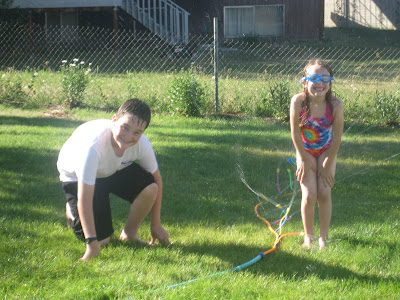 Mary sampled Grandpa's homegrown strawberries, while Grandma and I washed up the grapes and cherries, mushrooms, and peppers I'd bought for our impromptu family barbecue. 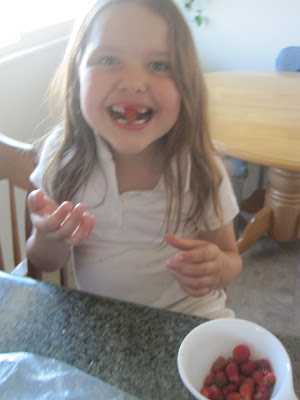 We barbecued chicken, mushrooms, and corn in the husk. It was delicious. We soaked the corn in water for a half hour before. The texture was just right. 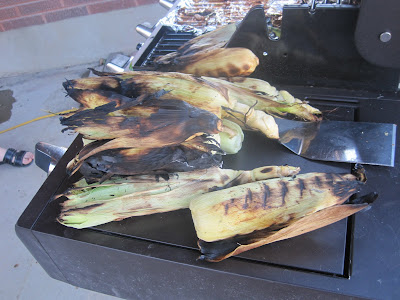 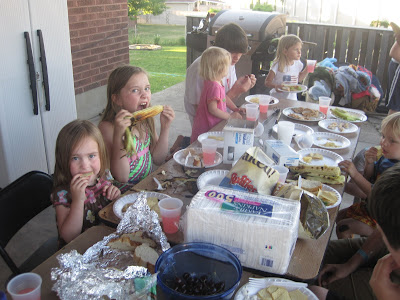 Aunt Judy and her kids came to dinner. We celebrated Joe's birthday, with and without him.

Joe and Courtney went out to dinner together, but left a cousin to play with, though not the one pictured below..that's Judy's. 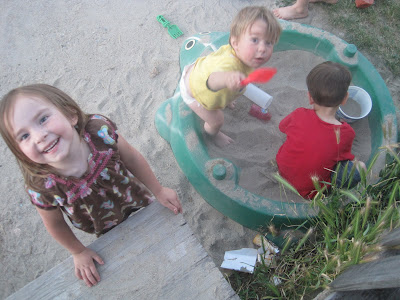 Ben completed the Bionicle that he bought with his birthday money. He found it on sale, reduced by sixty dollars. 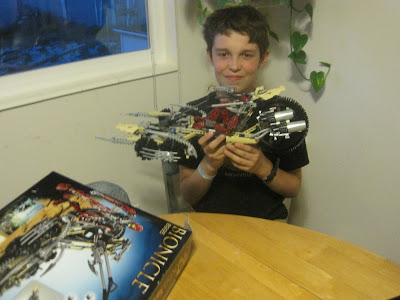 Uncle Joe and Aunt Courtney returned from their date in time for us to sing happy birthday to Joe before the brownies and ice cream. 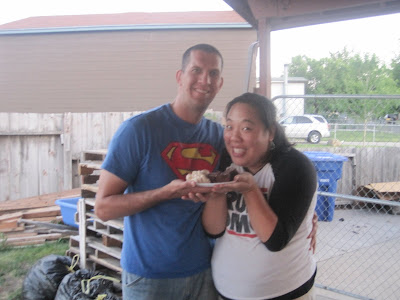 Judy's kids set up their tent and ours slept "under the stars" with Grandpa. 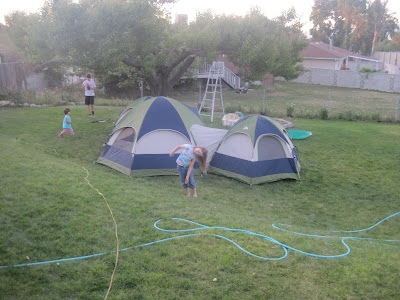 In the morning, Courtney, made eggs and biscuits and gravy for everyone. Of course, Grant is a cereal man. 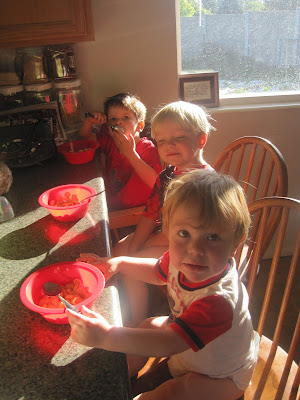