Where Mormon paths cross...here is a picture of Wednesday afternoon... Kristi and Kathy, two of my Miller seven roommates.

( We missed you Carrie and Christina!) 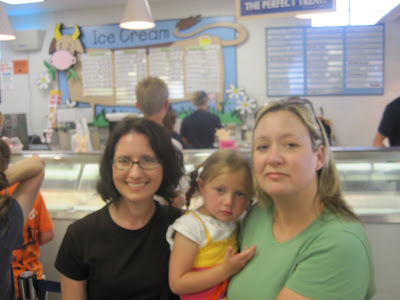 More about that... but first Wednesday morning.... Grant out for a bit of shopping at "kid city."
I love the prices at this rec center. We all played and swam for about twenty dollars. 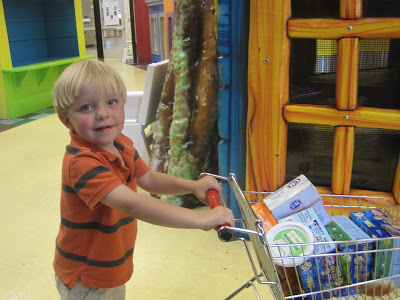 That's Bethany in the tree house. 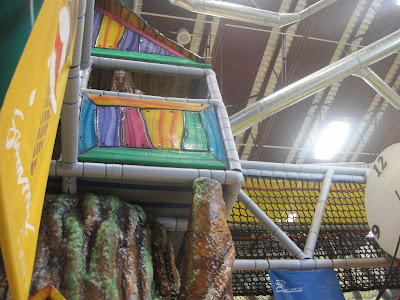 Sam and Grant got the flying- elbow- ham-it-up award. 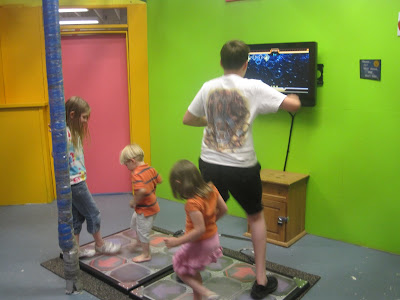 Joe and Courtney's family, Bekah and cousin Mylee, and Grandma and Grandpa swam with us. I was grateful for thier help at the pool. Mary couldn't get enough of that slide. 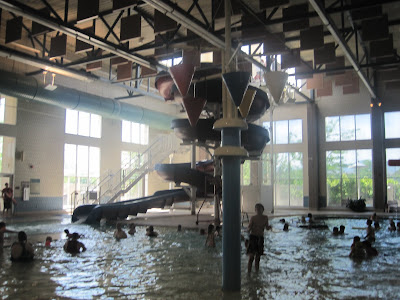 After we swam, I took my kids to the Del Taco with the too small indoor playground for lunch.
Tried to convince the kids it was fun to share two drinks...what a frenzy that caused. I bought one french fries to go along with the tacos...just to share...Grant hasn't grasped that concept either. That caused a lot of screaming, but I like to think of that indoor playground as a kind of sound proof booth. The big boys helped William discover hot sauce, and then Ben involved everyone in a Star Trek kind of game in the upper decks of the play area. They didn't want to leave. Sam and I sat and drank too much soda.

After our long lunch, we drove to BYU for our Miller seven roommate reunion. Kyle spotted this goldfish cloud along the way and wanted to take a picture. What do you see? 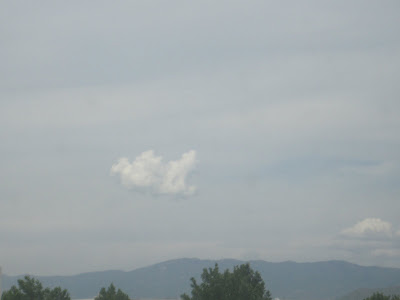 It was so fun to pull up to the Creamery and see Kristi and Sam sitting with their four children at a table outside. Then Kathy arrived with her friend from home.
Here is the girl table. My girls loved Kristi and Sam's girls and thanks to Sam for keeping them entertained while Kristi and Kathy and I got caught up. 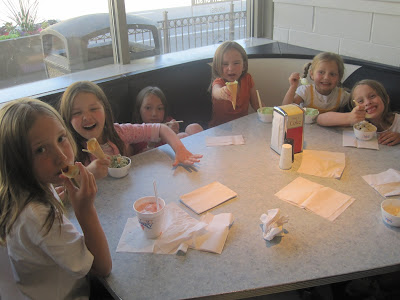 Kristi's Sam was impressed by William's ice cream eating prowess. Will and Grant ate "Lavell Vanilla." Great- Grandma Raines would like that flavor. 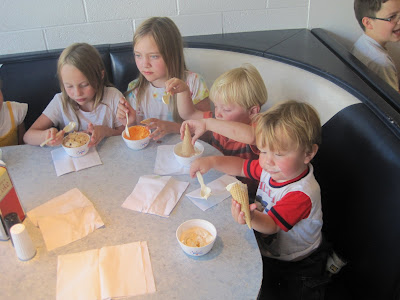 Who else loves the BYU mint brownies? 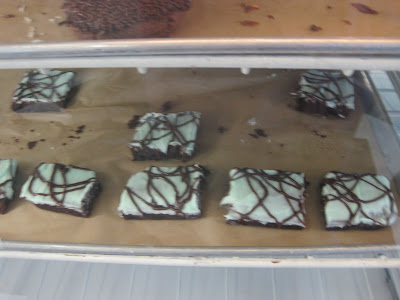 We eventually took our ruckus out of the Creamery. I should have spent more time there when I was in college. 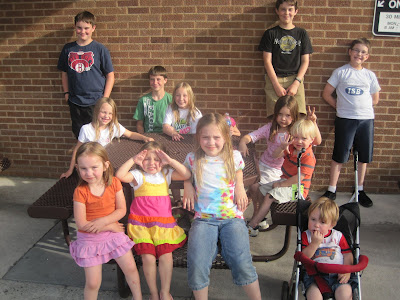 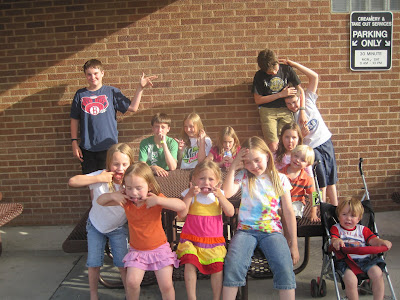 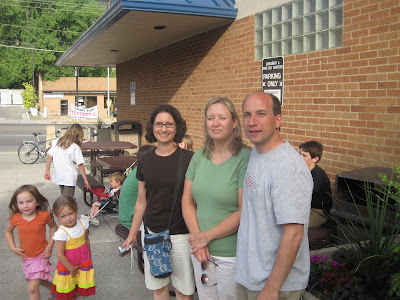 And then we all said good-bye...we should get together more often!

Stopped by Granddad and Judith's house to say hello then drove back to Grandma and Grandpa's house. Stopped at Smith's to roam around...what to feed the kids at nine o'clock? Meanwhile Sam took this picture. "What this doing here?" I asked. "I wanna show that I'm living the American dream," he said. But he settled for chips and fiesta bean dip. 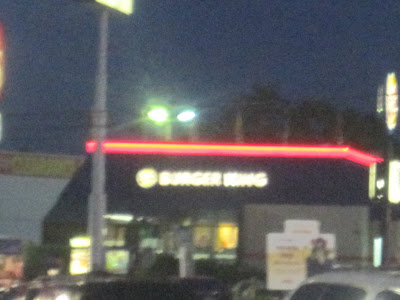 As we drove up I told the kids to be quiet since Grandma and Grandpa were probably sleeping. "I don't think so," they said when they saw all the lights on. They were in full-production mode with Grandpa's new juicer. Carrot apple juice is delicious. 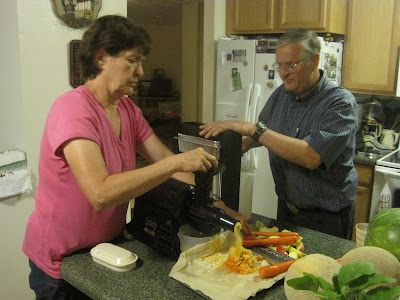 So sad I missed it! I hope to see you guys again sometime soon. I should be in Utah around Labor Day, then back to DC mid-September.