Just when I thought I'd lost the sabbath, I had an idea.

Sunday morning I woke up with plenty of time to get myself ready...it was just that the girls had gone to bed sandy, ketchuppy, cat tailed, and smelling like barbecue and the Great Outdoors, if you can call the park that, and so baths were still in order.

Then there were the church clothes, frightenly absent from the closets, and thus necessarily somewhere in the midst of the, well-at-least-they're-clean laundry piles that have accumulated in the living room, basement and anywhere else I think I might be motivated to stop and fold.

And then there was the phenomenon of thinking I was doing fine--time wise, and then remembering I had like three other children running around (or in Sophie's case sleeping and who wants to mess with that?) in stinky diapers.

So we were already an hour late for Stake conference and I broke down in anxious sobs, not really about being late for church...I've been granted serenity there...just about other things that I can't control.  But I kept pushing forward, sent an unshowered adolescent to the showers, hoping that we could still catch the concluding speaker, sure to be a General Authority in this Stake ( and sure enough there were two) and headed towards the piles to find Kyle's missing pants and something besides pajamas for myself.

At eleven forty-five I shooed kids to the van thinking maybe the meeting would go over and I'd catch at least one meanigful phrase of inspiration, but then there were missing Olivia shoes and by the time she came up in multi-colored crocs, cars full of white shirts and ties were passing by, heading towards home.

The bishop and his wife pulled up to see if they could help me get kids back in the house.  I had to admit that we were actually still loading up to go. The bishop was kind to give me a recap of the speakers we'd missed. Told me that Elder Holland spoke about the faith of pioneers and how they had to be tough through adversity and how he'd thought of me...and I appreciated hearing that...so I guess I got my phrase of inspiration for the day, just trying to get to the van.

Then I gathered up some ham and cheese and a couple of loaves of homemade bread that sisters had brought by during the week, some marshmallows, cookies, grapes, and everyone's favorite--a jug of pink lemonade and returned to van.  I told the kids we'd head to Temple Square and was pleased to hear cheers (you never know...)

It was a nice drive up to Salt Lake, listening to Sounds of the Sabbath on the radio and I thought that we should do this every Sunday.  We had some trouble finding a good, legal parking spot around the temple so we drove up a bit toward the capitol and found a place next to this little park where we had our picnic lunch. 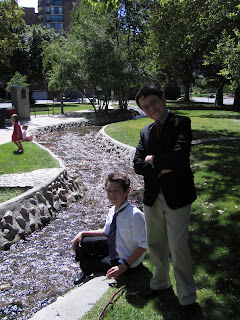 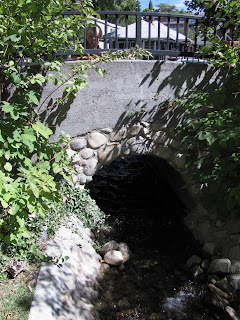 Grant said, "It has a huge bridge, Mom!" 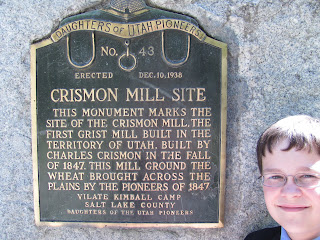 The park is on the site of the first grist mill in Utah  territory. 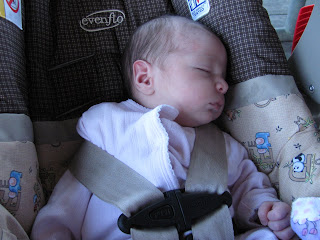 It was Sophie's first time to visit the Crismon Mill Site.  Mine too, but no need for a picture. 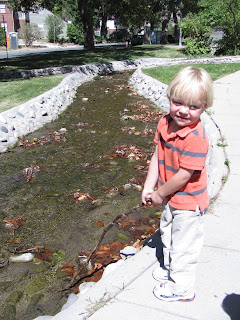 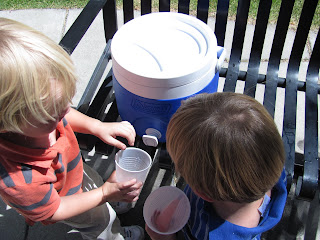 Grant wanted to help William get  his lemonade.
Then we walked down to Temple Square. 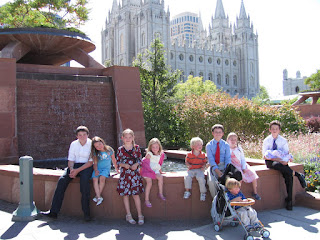 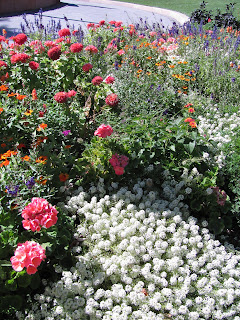 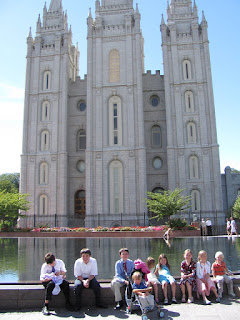 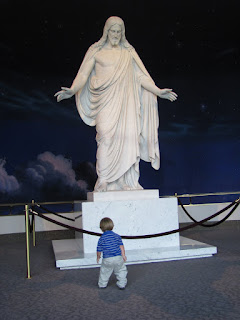 William was fascinated with the Christos statue.  (Remember Sam use to call it the Moon Jesus.)  When William saw the statue he ran up to it, stretched up his arms and jumped up and down trying to reach up to Christ's hands.  His big brothers tried to bring him back to our seats, aware that we were making a bit of a spectacle, but I had to think about "forbid them not.." so I just did what I do..took pictures. 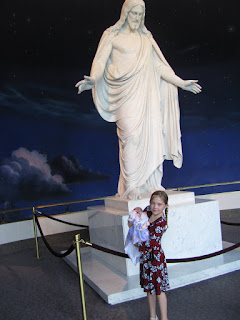 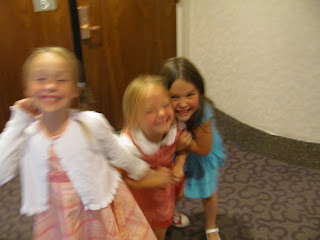 What are the chances of this? We were sitting by the Christos, listening to the narration, when the Sevy family, our friends from Beijing appeared. It was a great place for a  reunion. 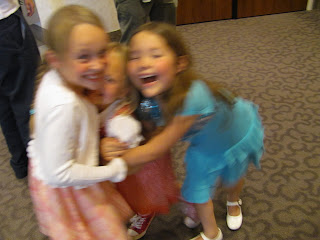 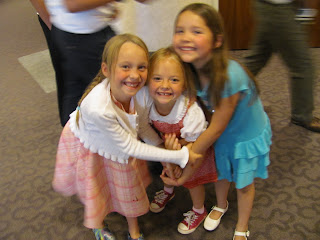 They were just a little excited to see each other again. 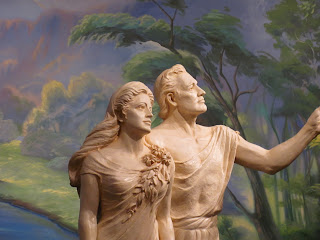 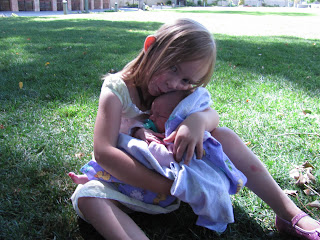 Early Monday morning I couldn't sleep, more anxiety.  I listened to the wind in the trees. It's been a windy summer.  And I thought about William stretching his arms toward Christ. Such a nice memory.
Posted by Megan Raines at 1:51 PM

Megan, have I told you yet that you are my hero? I couldn't help but get teared up about your sabbath day. You are such an amazing family and we miss you.

Hey, my Sabbath is like that, and I only have two kids. You're my hero, too.
Heavenly Father's castle. I like that. My brother, who served his mission in San Diego and has lots of friends there, once told me about a guy he knows who'd displayed a daughter's San Diego Temple wedding photo on his desk at work. Co-workers would stop and ask how much Disney weddings cost, as they mistook the temple for a castle.

I am a happy you were able to go to temple square. My children have never been there, that I can remember anyways. Maybe Jouette? It will get easier with time, just be patient.

I go visiting teaching to a very wise woman. She has 9 children - all grown. She says that when she is late or misses church because she has to take care of or meet a family need, she reminds herself that her first calling in the church is that of mother, and she is fulfilling that calling to the best of her ability. She reminds me so much of you.