Sunday morning Gina took me to the Irvine train station, just after 7 am. I waited by the tracks in a cold drizzle. The train arrived forty minutes behind schedule, but none of the other passengers seemed surprised. The view, the rhythm of the rails, the chug of the engine were all worth the wait.

I watched the houses go by behind the stucco walls along the tracks and wanted to reach out and pluck fat oranges and lemons off the trees.
We came to Los Angeles with its graffiti and smog and industry. They announced that there would be a delay there as they changed the engine. I don't know why I imagined them climbing up, lifting up the hood, using tools, switching out old parts. I stepped off the train and walked toward the front of the train, where I saw what they meant by changing the engine.

A train car moved toward the front of our train, hooked up to the engine, and pull it away. Our train sat there with no engine at all, as I thought how happy I was to not be in the air. I was happily surprised that the procedure only took the twenty minutes they had said it would. And off we went again.

I saw the landscape change to rolling, rocky hills of short brown brush. The first glimpse of the ocean came just as we approached Ventura where my good friend Amy met me at the station. 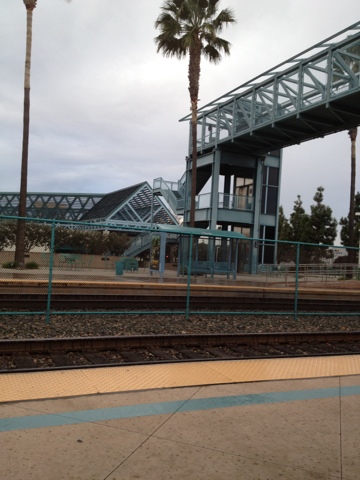 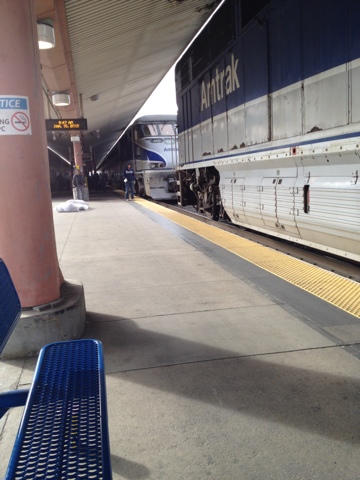 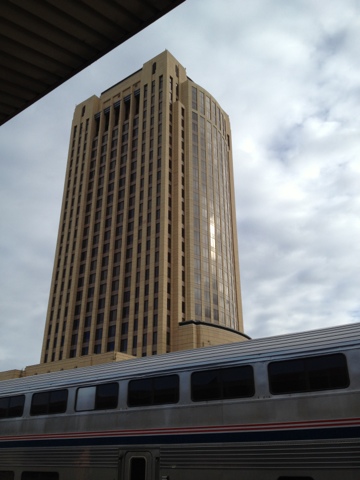 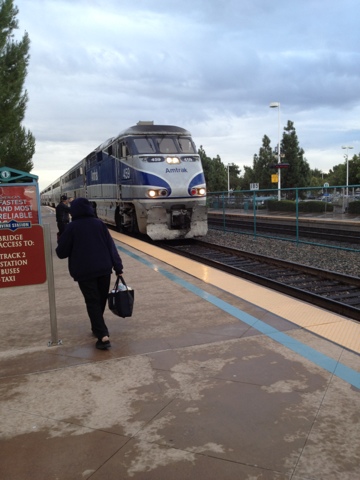 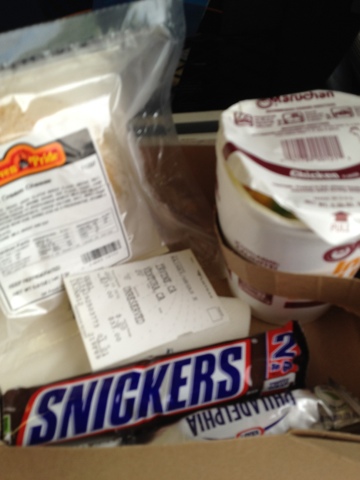 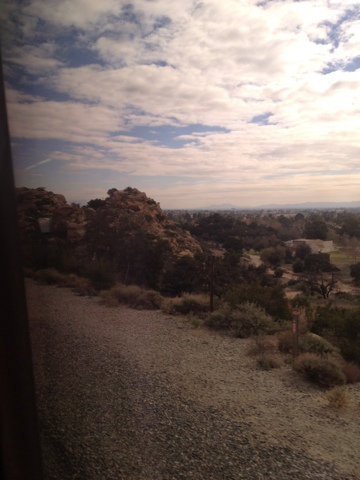 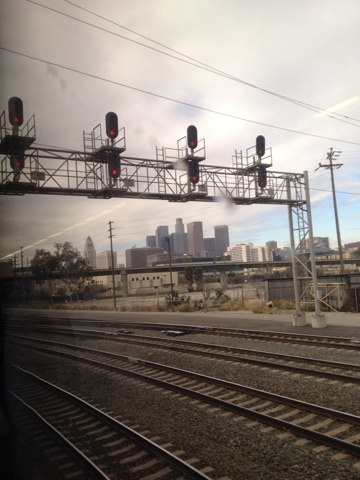 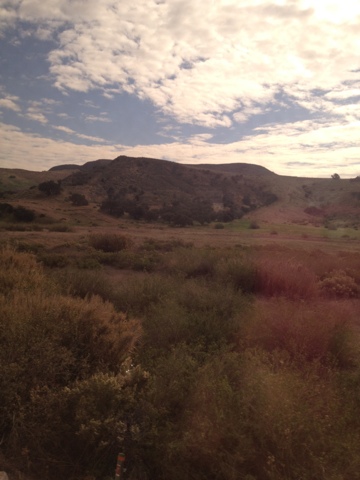 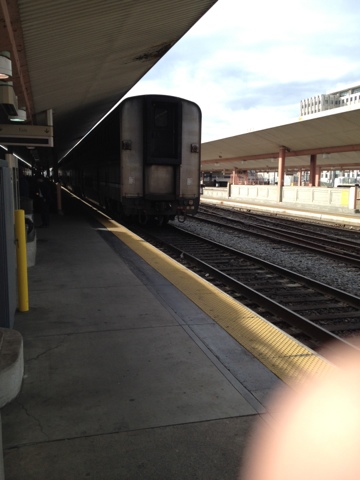 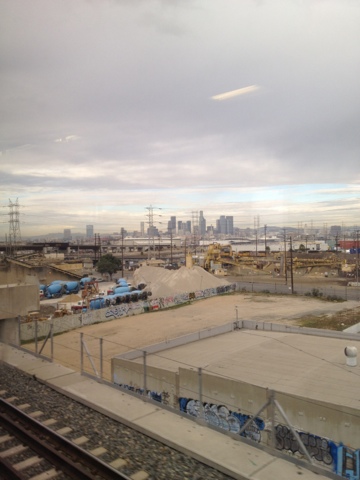