Remember Kermit's song "Why are there so many songs about rainbows?'  I used to love that one.  And here's another thing, so many songs about stormy weather, following the sun, stuff like that.  Wednesday night the wind blew heavily all night long and I hoped it was blowing our storm southwest.  In the morning the sky was still dark with clouds. It was still raining and I even saw a lightening strike or two, here where we are.  But in an opposite corner of the sky, and this sky here is so big,  as I've said before, and this was in the northeast corner,  I saw a tiny patch of sun.  So we all agreed that we would drive to Farmington, come what may, because we had been counting down the days all summer for August 5th to arrive, the day of the Grandpa and Grandma's stake Lagoon day. Fourteen dollars off times ten, for our family, was worth waiting for.

So that's when I thought about life and tiny patches of sun among what seem like impossibly dark clouds, knowing full well my thoughts were terribly cliched, but still kind of feeling emotional about the analogy.  Because there we were putting the faith of nine children into that patch of sun, that grew brighter and larger as we headed northeast, and turned into a completely sunny day by the time we got to Farmington.  I thought about so many things that seem hopeless, but are worth pursuing if we put our faith in even the tiniest patch of sun.  Not so original, but it was meaningful to me.

So here are the pictures from the big day. 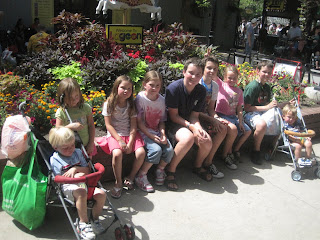 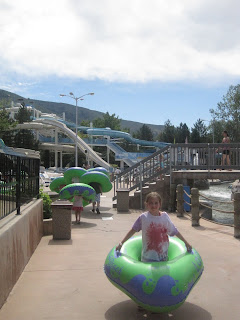 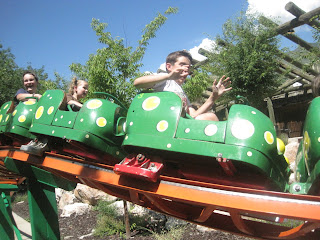 Sam took Will on this one. Will was terrified. See Sam back there. He will always be a kid at heart. 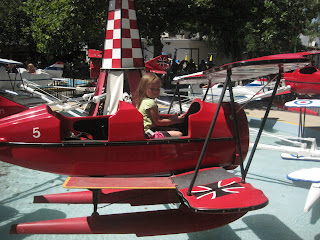 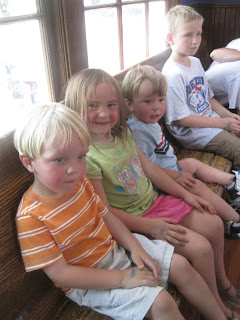 waiting to get on the train in the little station 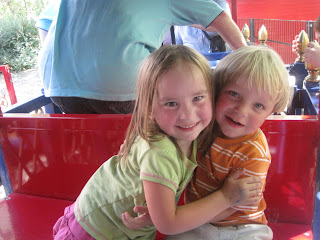 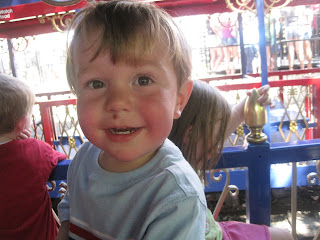 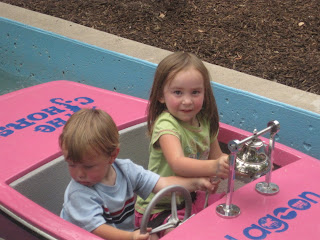 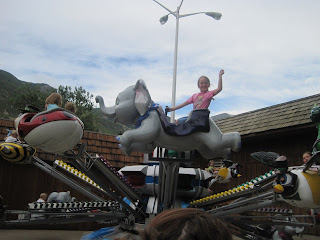 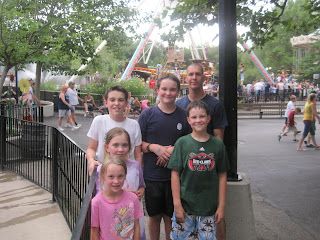 The big kids spent the afternoon and evening with Uncle Joe riding Wicked, the Colossus, exploring the rest of the park. 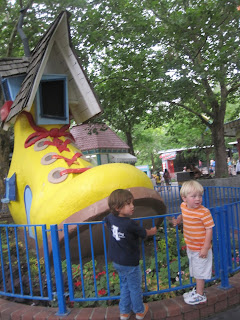 I spent the whole time in the little kids' section. I was grateful to have Courtney and Zoe's company. Grandpa and Grandma came to help with all the grandchildren too. 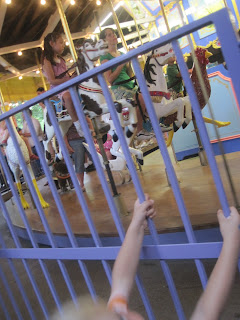 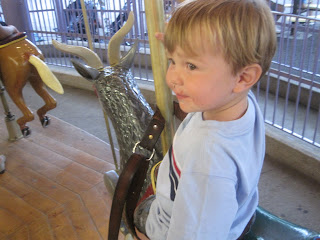 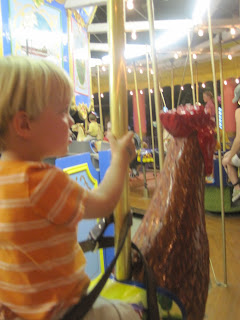 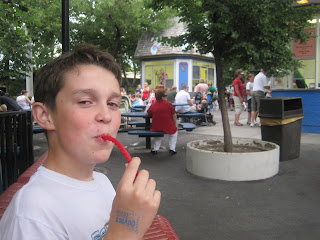 On Lagoon day it's easy to convince the kids that  the soda and red vines were our lunch and dinner.  I was grateful that Aunt Judy threw in some ham and cheese too. 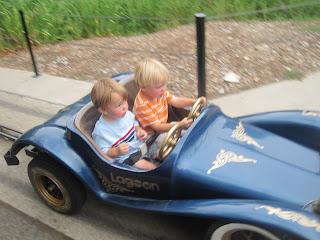 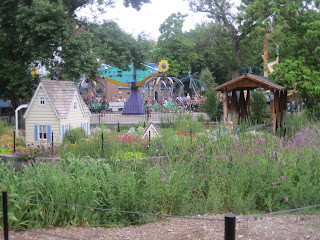 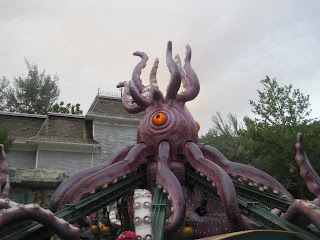 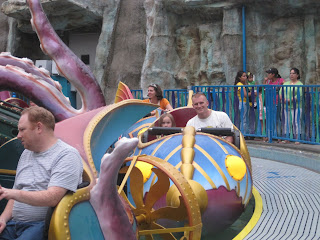 What a blessing to get to spend such a fun day with Aunt Miriam and Uncle Bryan too.  I was grateful for their help. 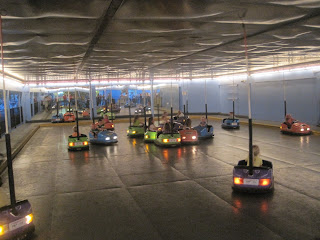 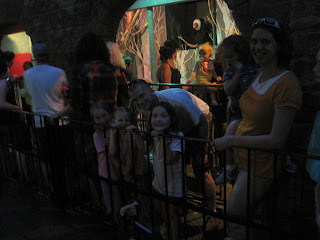 Little cousin Bo had enough of waiting outside of the haunted house.
After a few minutes he cried "He's staring at me" and demanded that we move. Can't say I blame him. 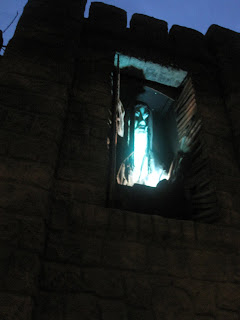 Nice analogy about the patch of sun growing with our faith! Look forward to seeing you in a few weeks.