Already starting in to our third week in our new home.  Monday I went to the schools to get everyone registered, came home with schedules and teachers' names, supply lists, could smell the crayon wax.
In the afternoon I went to see the midwives.

Tuesday afternoon I had to drive up to Primary Children's Hospital, passed the meeting house where Kyle was blessed, our old married student housing complex, not really for old students. Those were more humble days and wouldn't I go back there in a heart beat.  And speaking of heart beats, took baby sister for her first visit to a cardiologist, such a young age.  They confirmed what the first doctor told me, she has a little bright spot on her heart, that looks like a benign tumor.  The good news is her heart is beating regularly and strong, so I don't need to deliver at the University of Utah.  They will know more after she is born.  Drove home in five o'clock traffic. Crept home.

Wednesday was the big day.  Olivia's big seven.  And just to prove that nothing is too commercial, sugar-coated, deep fried,  or overstimulating for the ten of us, we went to our favorite birthday spot, Chuck E. Cheese's. We have been going there for years now for birthdays.

In fact, when Bethany was about two, she gave me a little scare when she told me she was going to "go see Jesus."

"What do you mean your going to go see Jesus?" I asked, slightly alarmed.

She gave me her still Bethany-typical impatient glare and said "not Jesus! Chuck E. Cheese's."  To which I was quite relieved.

So here are the pictures of our first birthday cereal buffet in our new home. (We call it home, even though we're renting.) 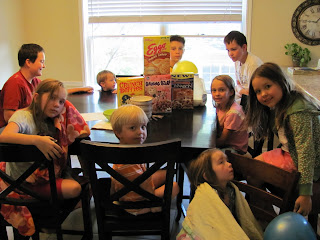 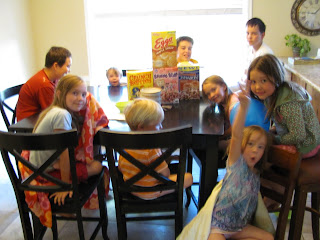 Caitlin looks less like a refugee in this one.  It's still fun to play Where's William, even though he sits at the table now.
Olivia is my most active child, so I got her a new bike to keep her busy. 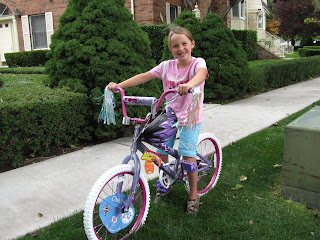 That was the first of her presents, necessarily so, since it was hiding in the van. 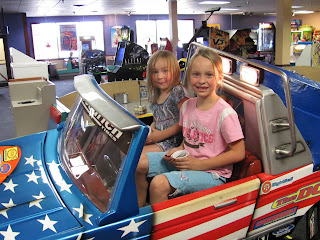 I have a picture that I love of Olivia in this car when she was about four. Wish I could put it here. It's in storage land. 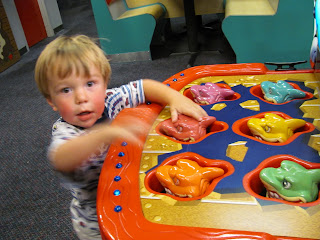 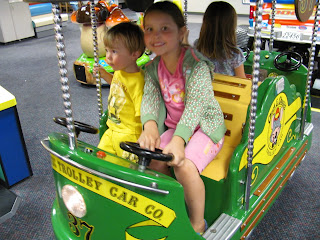 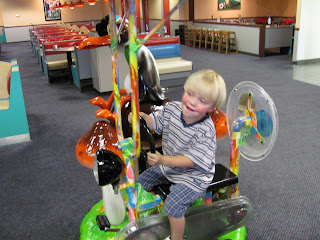 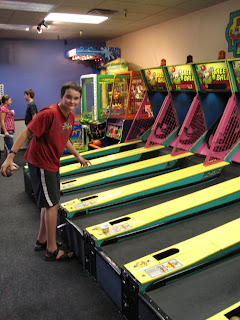 Look at how Sam is still a kid at heart. We took him to Chuck E.'s in Portland, Maine when he turned seven. That was where and when Rob first told me he had passed the foreign service exam. Maybe that was a bad omen... 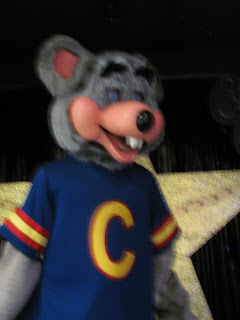 Such an important place to our family... when I pointed out the stage to Grant he said, "There's my brother, Chuck E. Cheese." What is it about Chuck E.? 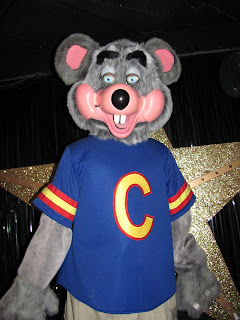 It's a little disconcerting when his eyes follow you. 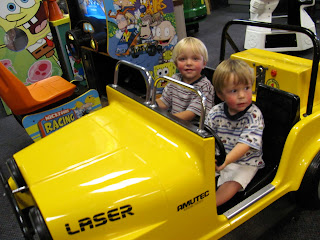 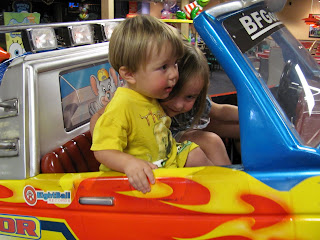 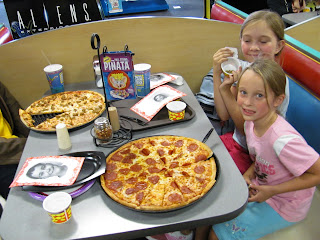 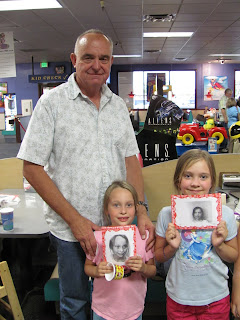 Granddad made an appearance. 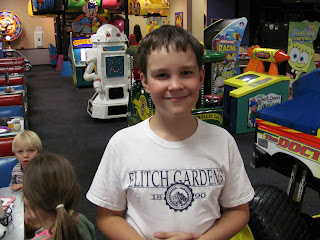 Kyle told me thank you about a hundred times.  He's always been that way. 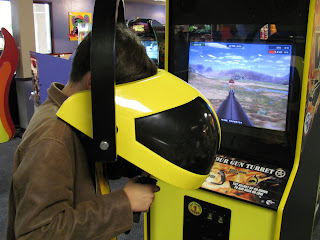 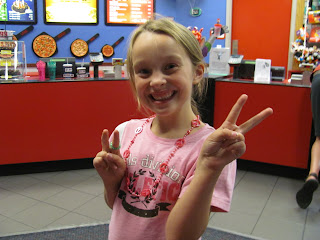 I like this place even more since Sam started to manage negotiations at the prize counter. 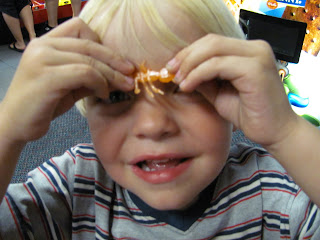 Grant got this little bug that he called "his cavity." 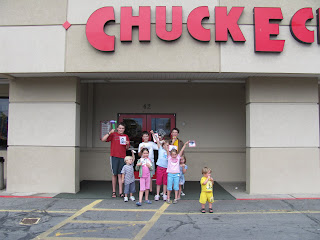 I heard a Dad at a Virginia Chuck E.'s say he'd rather be back in Iraq than at Chuck E.'s on a Saturday, but Wednesday wasn't bad at all. As stressful goes it doesn't have anything on sacrament meeting. Now that the kids are bigger, and help with the little ones, all I have to do is sit and guard the token cups and prize coupons, while I drink too much soda and eat croutons soaked in ranch dressing. Not a bad way to spend two hours.

And since the kids hadn't eaten two hours worth of salad bar, they were actually hungry for dinner when we left. Olivia said she wanted "Polar express" for dinner...orange chicken and the broccoli stuff. 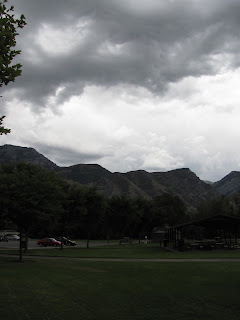 There were beautiful clouds when we got home.
Opened presents from me while the rice cooker cooked. 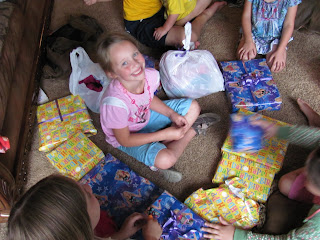 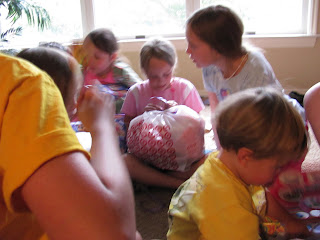 A big bag of school clothing...multi tasking...
Later on she opened her package from Grandma Martha.  Not sure what Ben was thinking about. 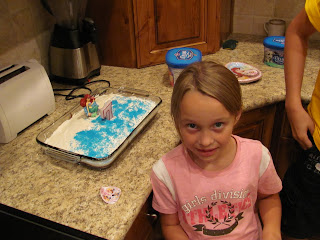 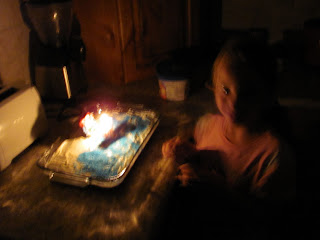 Happy Birthday Olivia.
Posted by Megan Raines at 9:59 AM

HAHA Bry says that Chuck E Cheese must be bad in Virginia if the guy wanted to be back in Iraq. Happy Birthday Olivia!