I became curious about Joe and Courtney's neighborhood on our road trip to California.  Courtney told tales of  summer evening cook outs with her neighbors in their driveway... roasting hot dogs, marshmallows, even Star Bursts. Sounded like something to be a part of.  So while Joe was still away, we planned a trip up to Logan.  We left Friday, planned to spend the night and  be there for Pioneer Day as well. Got there in time for a late lunch at her favorite McDonald's with a cool playground, of course.  Then after lunch, when it was really almost evening, Courtney took us to one of their favorite places, Willow park. 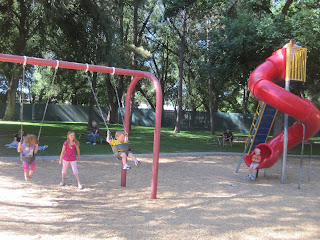 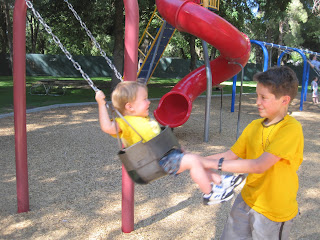 I'm grateful for the help these big kids give so willingly. I'll miss them when school starts in less than a month. 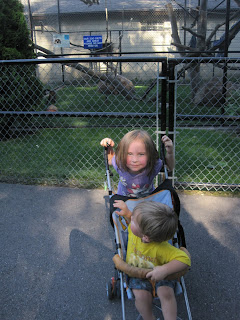 The park has a miniature zoo.  The kids are in love with monkeys. 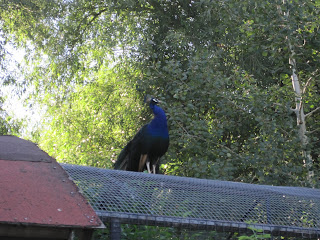 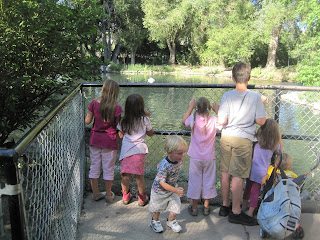 It's been a long time since we've been to a duck pond. 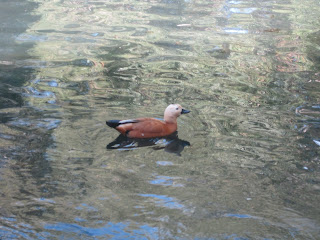 I took a liking to this one. 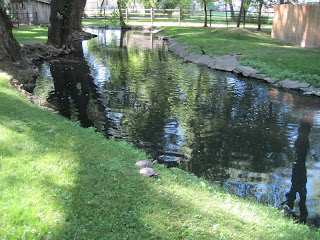 Grant liked these turtles, of course. 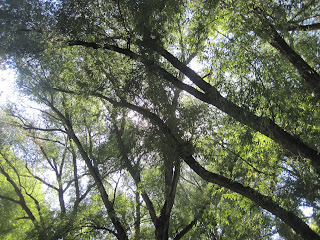 Courtney and I loved the shade. 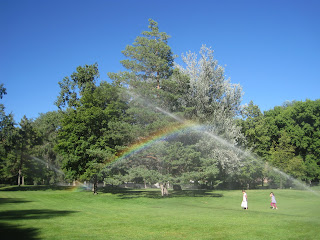 This was a nice moment.  The kids spotted this rainbow.  Couldn't find any gold, but settled for playing in the sprinklers.
Then we needed to pick up some supplies for dinner. So why the picture of this Smith's?  I told the boys we used to take them there when it was just the two of them, when we visited Aunt Judy and Kayla in Logan.  Back in the Day.  I'm sure the yellow footed pajamas were involved.  Why do I get so nostalgic about grocery stores? Don't even get me started on "why did they have to change the name of Food Lion." 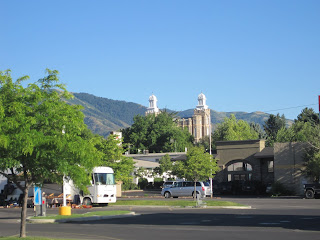 Logan temple.
After shopping, Courtney took us on a tour of downtown Logan, up to the University, and past her favorite historic homes. Then we went back to their house for dinner and Milo. 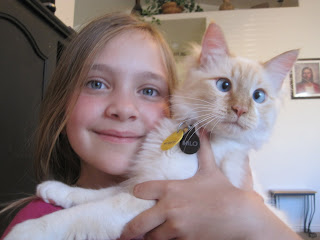 Milo is the most social cat I've ever met. You might even call him "psycho-social." He tried to paw his way into the room I was sleeping in at two in the morning when I was up working on some blog. I didn't want him in the room because he wanted to wake up William. I felt like I was in The Shining. ...But back to dinner time. 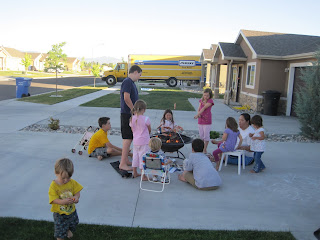 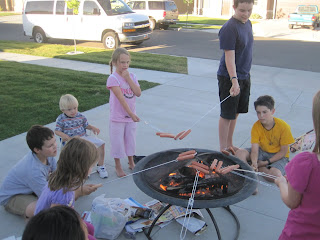 This is good times to me. Ben looks a bit bored. 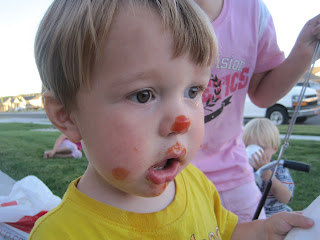 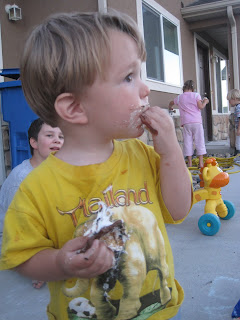 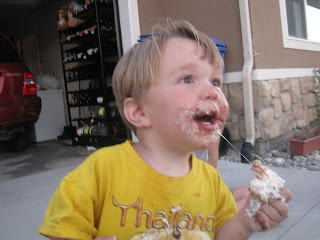 It's always a pleasure to watch William eat. 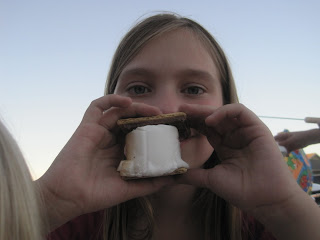 Everything seems bigger in the U.S.
Posted by Megan Raines at 4:01 AM

I use to take Jouette to Willow park when I wasn't working. I think we went atleast every other week. I had forgotten all about it. Thanks for reminding me. It has been really fun watching your summer fun.

Hi Catherine!
I thought about you when I was in Logan!

Oh, Megan. I live in Cache Valley and was at Willow Park on the 24th for Pioneer festivities. It seems I just missed you by a day or so. I wish that I could have seen you and your family! I love reading about your family!
Love, Jullie