So what randomly coincided with my last post was this.  I chose to post that Amazon advertisement for Nacho Libre, not realizing that the kids had been downstairs watching it over and over all day, but wondering why they kept saying "I've had diarrheas since Easters..." and laughing hysterically.  They finished up their baths (we do that from time to time) last night and ran down to watch the final wrestling scene, which I have to admit makes me cry.  And then everyone started in on a relatively friendly debate about which did they love more Napoleon Dynamite or Nacho Libre?  It was a tie.  My vote went with Nacho Libre, such great music, beautiful scenery, so many words to live by..."I am the gatekeeper of my own destiny and I will have my glory day in the sun."  But then again, I've found that throwing a random Napoleon quotation into an almost heated discussion like "You're just jealous cause I've been chatting on line all day with babes..." can turn away  my sons' wrath quickly or at least confuse them into submission.

But back to catching up with July...

Tuesday night, July 27, the Raines siblings started to arrive.  We were out in Grandma's yard eating Chinese food from Master Feng's, that used to be Smith's Chinese to me.  I put us out there so we wouldn't have to sweep up the rice.  I didn't buy so much because the kids always complain about Chinese food.  Of course. this time they remembered that they love American Chinese food,  so when I went in to cut up the barbecued pork, which I don't recommend, too authentically Guangzhou tough, they had consumed the lot of it. Big families....I got stuck with the tough pork. That's when Miriam and Bryan and the cousins arrived from Iowa and not too long after, Grandma and Grandpa returned with Don and Myla, who live in Korea now.

So Wednesday morning the coolers and jugs and grocery bags were out early to be packed with fruit and cheese and drink and crackers, loafs of french bread, cookies and things.  We all left, mostly as scheduled, for our excursion to Antelope Island.  I had mentioned that I wanted to go there to Grandma, then Grandpa picked up on the idea and made a kind of pre-Raines-reunion activity out of it, since one of the family ancestors, Briant Stringham, worked on the ranch out there. 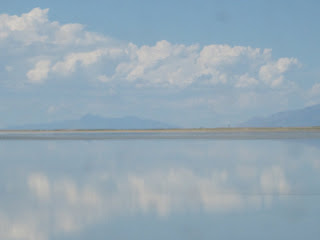 The Great Salt Lake from the causeway... 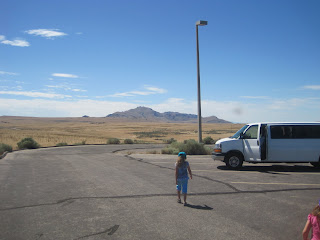 First we went to the visitors center. When we piled out of the van it was so hot, I thought I was going to catch a weather related death and die right there, in my relative young age, like poor Briant Stringham. 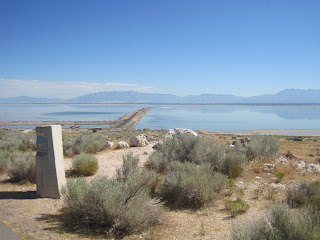 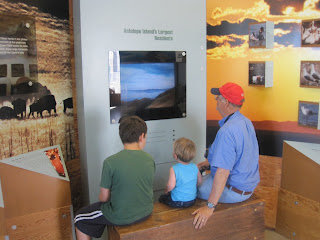 William was most impressed by all the buffalo and kept calling them "horsey horsey." 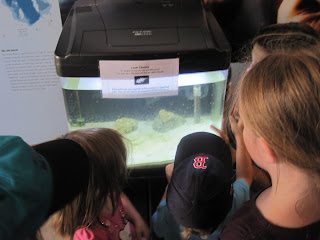 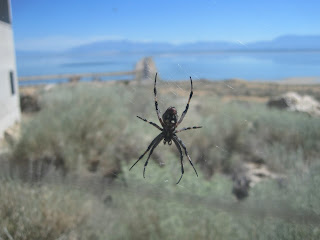 And, of course, Grant was all about the huge spiders outside the visitors' center windows. 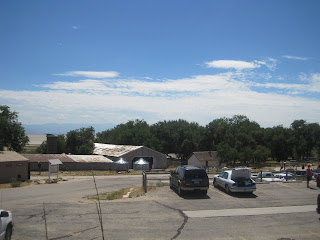 Next we drove around Antelope Island to Garr Ranch where Briant Stringham
spent his time. The farm was established in 1848. We were all so grateful to find a beautiful, shaded area to have lunch. 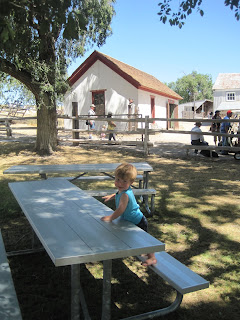 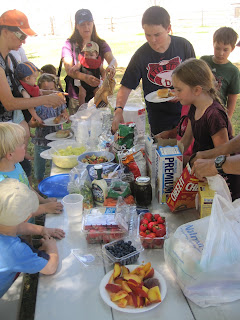 After lunch Kyle announced that he was bored to death, but cheered up when I asked him to go take pictures of the buffalo with Uncle Joe. 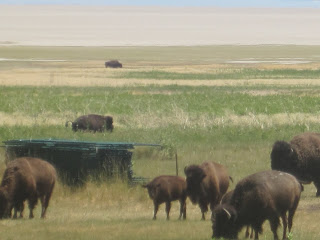 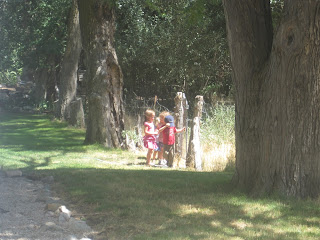 Caitlin and her posse of cousins watching the buffalo. 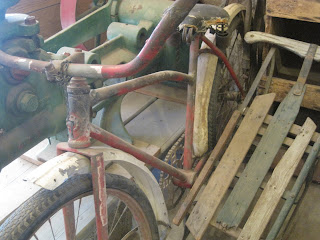 Bethany took pictures in the museum. 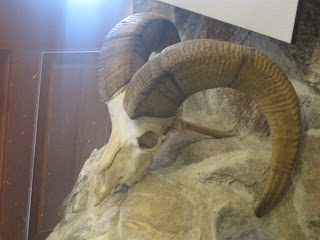 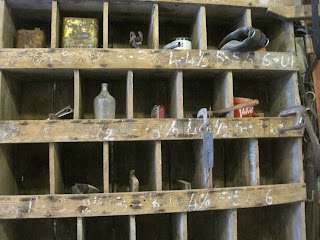 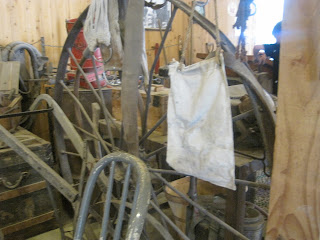 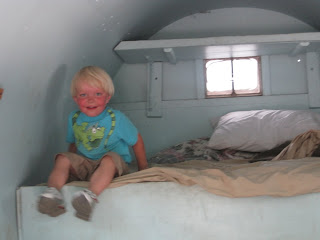 Grant took up semi-permanent residence in this old-fashioned trailer. 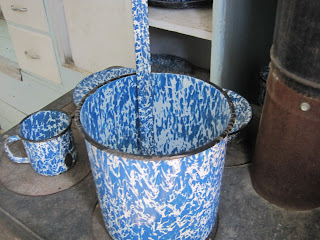 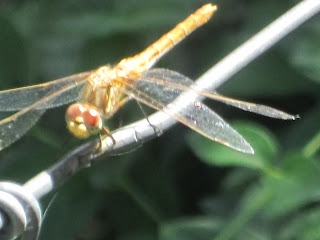 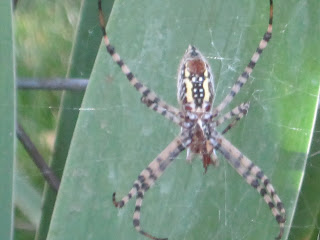 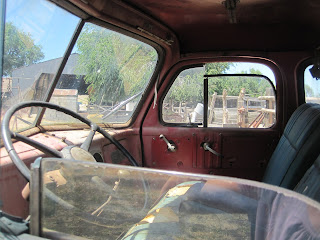 I took William and Grant on a walk to see this truck and farm equipment. 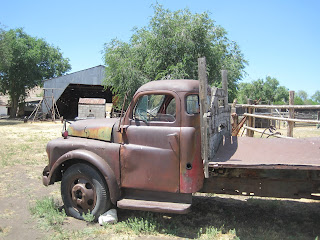 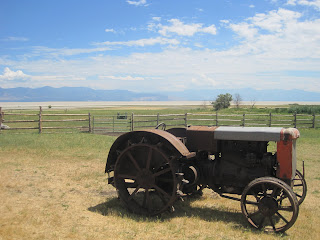 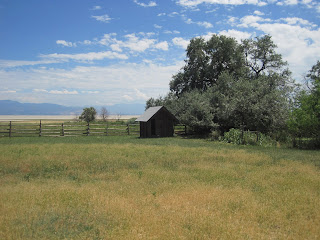 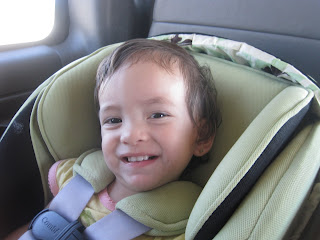 On the way home, Bethany couldn't get enough of her cousin Julianna, Don and Myla's baby.
Posted by Megan Raines at 10:14 PM