The Fourth of July was the first holiday Rob and I spent together. There's been fifteen  Fourth's since then.  Monday morning I felt overwhelmed by what?  Change. I was driving down from Grandma's house to Provo,  thinking about Rob in China and me, on my own with the nine kids.  I drove past  the park where our ward waited to watch fireworks together fifteen years ago.  We had KFC that night Sam.  (Sam's always asking me to get KFC.)  Sam's first fourth of July we were living with Rob's parents (sound familiar) in Louisiana.  I remember opening up the door to peek out at the fireworks then shutting the door just as quick...too hot and humid to even step out. We spent one Fourth of July on the roof of the consulate in Guangzhou..was that when the fireworks made the consulate alarm go off? Or was that Chinese New Year? It made a terrifying kind of post 9/11 sound. We must have been in Riverside for one Fourth of July, went up to Santa Barbara that time.  And there was that kind of disappointing parade in Augusta, Maine, but it was nice to be with Grandma Martha...that was a hot summer. We spent at least one year in the D.C. area...not daring to go near the mall, though that would be fun sometime,  there was last year camping at the Great Wall... and several years at the Provo parade. That is our favorite place to be.  When I see the hot air balloons rising and descending in the blue summer sky, it feels like it is every year combined, like no time has past at all, since I was eighteen and first discovered the best place on earth to be on the Fourth. 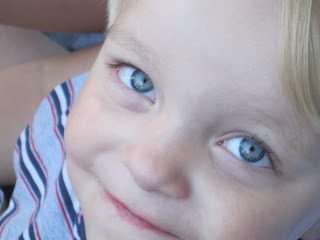 Monday we met Granddad and headed downtown.  Grant is my parade man.  He loves anything that goes...cars, trucks, horses, airplanes. 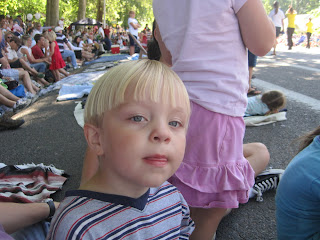 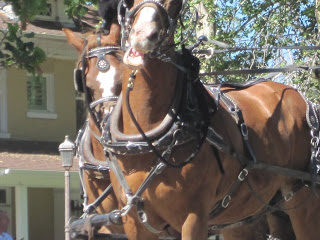 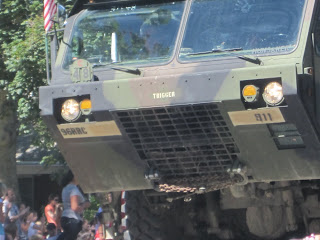 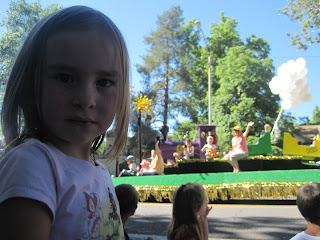 Who knew Moses would make and appearance? 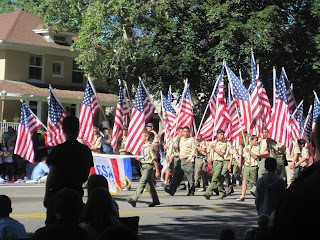 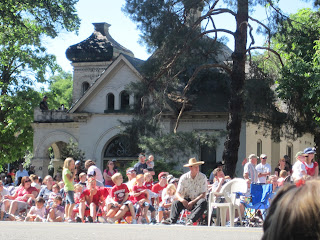 I love this house. 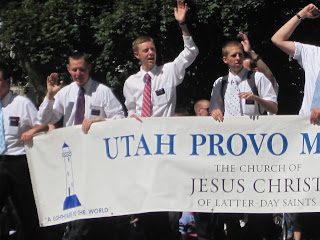 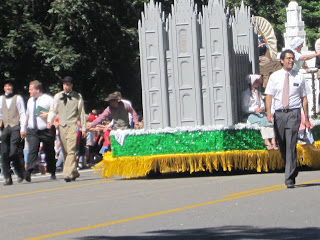 After the parade, its traditional, according to Sam, for us to go to the dollar theatre to see a movie.  The little kids' movie was sold out so I had to take all the kids to see Robin Hood....not a good idea.  Grant, and William only lasted a few minutes, Mary and Caitlin followed us out to the arcade where we spent two and a half hours.  I was glad when that was over.

Next stop: the park by Granddad's house....what a happy reunion.  We met up with Charlie, the best kind of pet in the world.  He comes regularly to the park with his ball and spends the day moving from family to family, playing fetch, smiling, just being pleasant company. 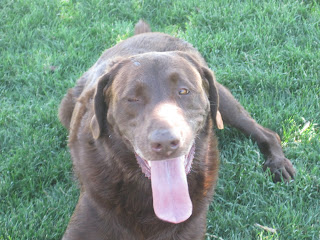 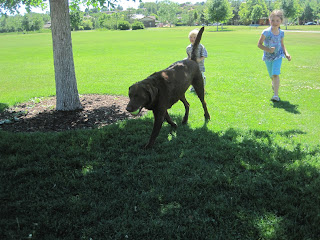 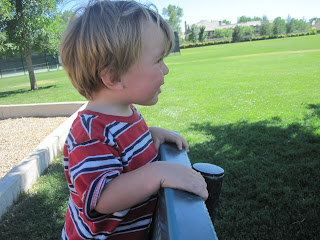 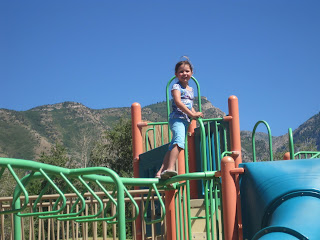 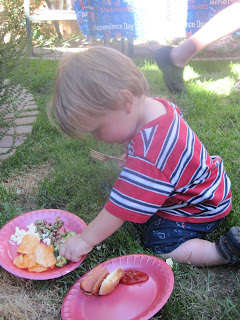 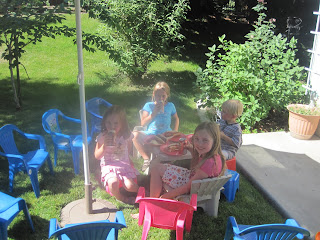 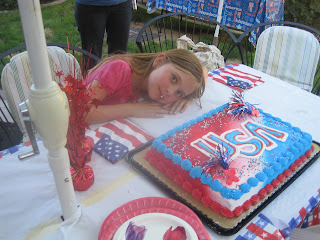